When fires occur, especially in biomass energy facilities, a quick response is critical to keeping workers safe and minimizing damage to the plant. Plant managers must ensure that a wide range of dependable equipment is in place to take action—from spark-detection technology to fire-suppression systems. Because fires occur even with the best systems in place, having a backup plan is important. 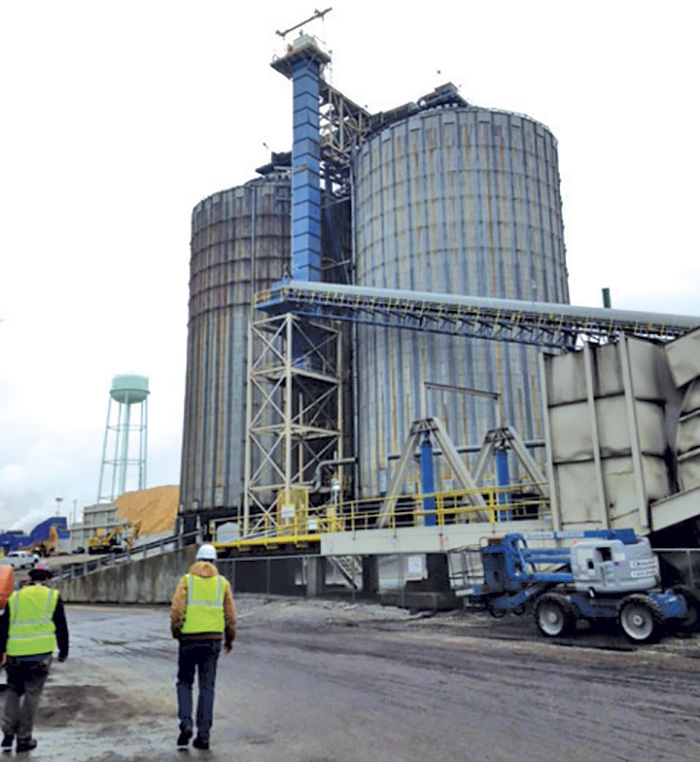 Image 1. When stored in a pile for a long time, wood chips sometimes heat and create hotspots leading to spontaneous combustion. In January, one of the energy plant’s silos caught fire because of a hotspot, and the smoldering started to heat a nearby silo full of wood chips. (Images courtesy of Atlas Copco)

For one Alabama biomass pellet mill, a backup system proved vital when wood chips ignited inside a silo. Each year, the mill processes forest products into as much as 303,000 tons of wood pellets for use in power plants as a renewable energy source. Before processing the wood chips, the mill stores them in its two 150-foot silos—but they are not something the plant can fill and forget.

Wood chips naturally decompose and generate heat energy as they sit over time. This heat creates hot spots in the wood chips that can spontaneously combust, a situation the pellet mill knew could put the entire plant in jeopardy.

In January 2016, that risk became real as a hot spot caused one silo’s woodchips to catch fire inside. Crews needed to act quickly to extinguish the fire before it started heating the woodchips in the other nearby silo.

While the plant’s permanent fire suppression system controlled the fire, it used a considerable amount of resources, which put the rest of the plant at risk if another fire occurred. The mill needed a backup system, so the facility manager contacted Tripp Brown, branch manager at a rental pump company in Mobile, Alabama. 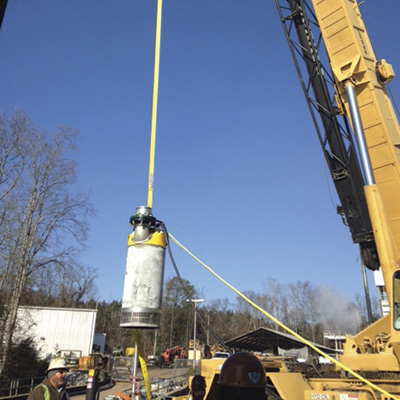 Image 2. A crane lowered the pump into the river near the biomass plant with custom 50-foot slings. The pump’s compact size met the crane’s requirements, coming in a couple of hundred pounds less than the crane’s 600-pound weight limit.

Brown rents and sells temporary pump solutions to customers in Alabama for municipal, construction, industrial, mining, and oil and gas projects. With the pellet mill’s deadline of only two days to have a system in place that could begin fighting the fire in the plant’s silos as well as future incidents, Brown needed a simple-to-set-up, cost-effective and environmentally friendly pump solution—and he needed it fast.

The mill wanted the new pumping system in place within two days in order to stop using the water main that fed the permanent fire system. The water main could sustain the dosing of the silo; however, if another fire erupted in the plant, that water source would have been redirected and resulted in stopping the feed to the initial situation in the silo, which could have prompted another flare-up. 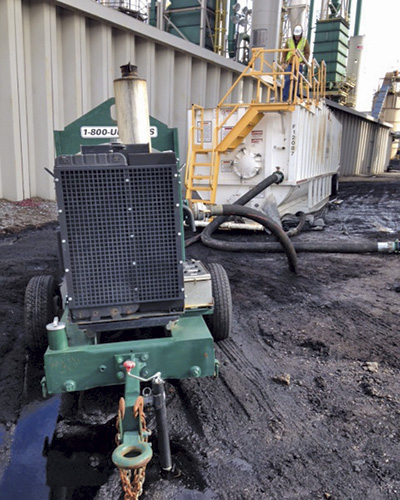 Image 3. Tripp Brown, branch manager of the pump supplier in Mobile, Alabama, used a diesel pump to control the flow and pump water from the tank into a manifold that split the upper column into three separate lines to control water flow to different stages of the silo.

One factor Brown considered when choosing a pump was the environment, especially because the nearby river and riverbank area are environmentally protected. A hydraulic leak or fuel spill from a diesel-driven hydraulic pump, for example, could damage the local habitat and wildlife and contaminate the water supply. That scenario would create heavy costs for remediation and hefty fines.

“Because the area was environmentally sensitive, we couldn’t use a diesel- or hydraulic-powered pump for risk of contamination if a spill occurred, so we knew an electric submersible pump was the way to go,” Brown said.

The plan was to run water from the nearby river through the pump to a holding tank at the base of the burning silo. The water would then flow through another pump and into the silo to douse the fire, cooling the hot spots and saturating unburned wood to prevent hot spots from forming. This process would allow crews to safely remove and dispose of the damaged, unusable chips. 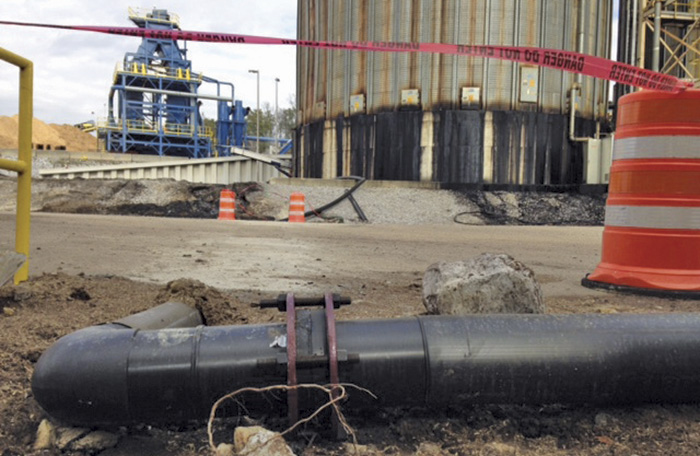 Image 4. The submersible pump moved water up the 70 feet of elevation from the river to the silo.

“We took a look at the environmental concerns, required flow, elevation and distance from the river to help Tripp get the right submersible pump for the job,” said Joe Moser, product manager for the pump supplier.

Moser recommended a pump model that could handle the discharge head from the river and transfer the water up the 70-foot hose from the river to the silo—a feat a traditional centrifugal pump could not accomplish because of the demanding suction lift requirements.

The team also had to consider the pump weight. A crane needed to suspend, support and lower the pump into the river with custom 50-foot slings, and it all had to be under 600 pounds. The selected pump, which is compact and weighs about 400 pounds, easily fit within the crane’s limitations.

“There were several challenges that came with the project and its location, but we all worked together to figure out a solution quickly,” Moser said.

Brown and his team set the pump up in about an hour. Brown said the fast and easy setup was a benefit of using an electric pump over hydraulic. If a crew had used a hydraulic pump, the team would have needed to secure the hydraulic lines to prevent them from ripping or tearing, something that could have taken as long as three hours.

“We needed to get this system up and running as soon as possible to minimize the risk of damage to the plant and ensure the safety of crews,” Brown said.

The team hardwired the pump to the nearby permanent electrical power source, and the pump began moving water from the river into a frac tank for temporary water storage at the silo’s base.

From the tank, Brown used a diesel pump to control the flow and pump water into a manifold that split the upper column into three separate lines at different stages of the silo for uniform water dispersal.

The electric pump ran 24/7 for three months, pushing 550 gallons per minute at more than 100 feet total dynamic head. After the water extinguished and saturated the smoldering wood chips, the plant was able to safely extract and dispose of the damaged chips.

“For this job, the electric submersible pump was the simplest, most cost-effective and environmentally friendly option,” Brown said. “Not only that, it was fast to set up, and on this project every minute counted.”

The new system worked so well that the energy plant purchased it for permanent backup fire suppression.

Because the project was planned for six months, Brown projected savings of $11,832 over the duration by using an electric pump rather than a hydraulic model. The new pump’s purchase price was $18,000 less than a submersible package with hydraulic lines, not including $370 in monthly upkeep.

Melissa Davidson is a freelance writer from Fargo, N.D. She works with various companies in myriad industries including construction, agriculture, industrial, mining and more.