Reverse Engineering: How an Impeller Defect Was Corrected

Communication between the plant and the pump vendor was key to success.
by Mark Barber
Rotating Equipment Repair
06/27/2018

According to the Electric Power Research Institute (EPRI), reverse engineering is: The process of developing technical information sufficient to duplicate an item by physically examining, measuring or testing existing items, reviewing technical data or performing engineering analysis. The goal is to manufacture a new part to meet or exceed the form, fit and function of the original part. To reverse engineer a part, we need to consider:

In addition to the basics outlined above, one also must consider maintaining design control as the component relates to the plant’s requirements. Often, the end user’s design engineering group must verify that any reverse engineered parts adhere to the original design requirements.

A nuclear power plant needed a replacement for an obsolete part. In this case, it was a damaged lobe to a compressor that functions to remove unwanted entrained gases from reactor coolant water. A similar component was located at another site, but it was cast iron. The one needing replacement was cast bronze. Also, lead time for a new part from the original equipment manufacturer (OEM) was too long.

The site contacted a pump repair company that has reverse engineering expertise. A plan was put in place to gather the data necessary to successfully manufacture a replacement lobe. 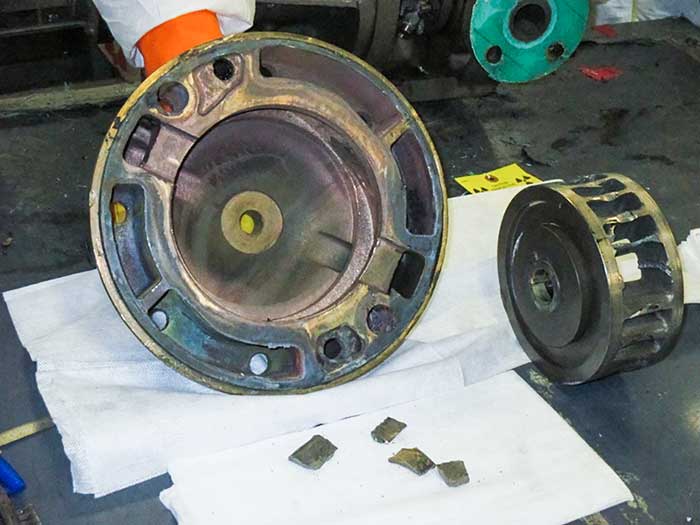 One additional caveat: The part was radiologically contaminated, so sending it out for reverse engineering was not a good option.

A computerized measuring machine (CMM) outfitted with a scanning head was brought into the plant’s contaminated machine shop. The part was scanned, and a 3D model was developed using specialized software. A fully parametric solid model was then created and exported to a computer-aided design and solid modeling software. Concurrently with this modeling work, fit-up data was collected and verified. Communication was critical to ensure the new lobe would meet all requirements.

After the part had been manufactured, it was scanned and its data points were compared to the original part and a deviation report was generated. This illustrated that the part was a geometrical match to the original part. The key to a successful outcome for this component can be traced back to excellent communication between the end user and the vendor. Design requirements were outlined clearly to ensure success.

A nuclear power plant was experiencing vibrations on a single stage vertical mixed flow pump. The pumps had been added to a cooling system to minimize environmental impact of an originally designed once-through cooling system. The pumps pump fresh lake water. They typically required overhaul after only 18 months of run time.

The plant made efforts to understand the reasons behind the rapid wear. Vibration levels and surface vortices were thoroughly studied. These studies suggested that premature wear was due to the following:

Rubbing as supported by high 1x rotational vibration levels. Rubbing was thought to be potentially due to loose or nonconcentric stationary fits.

Operation away from best efficiency point (BEP) was supported by evidence of cavitation erosion on the impeller vanes. The pump was thought to have a head curve with a relatively flat rise, which would make operation away from BEP have potentially excessive implications.

Impeller vane excessive wear indicated possibly that the rotor was essentially set too low and therefore rubbed on the pump shroud. 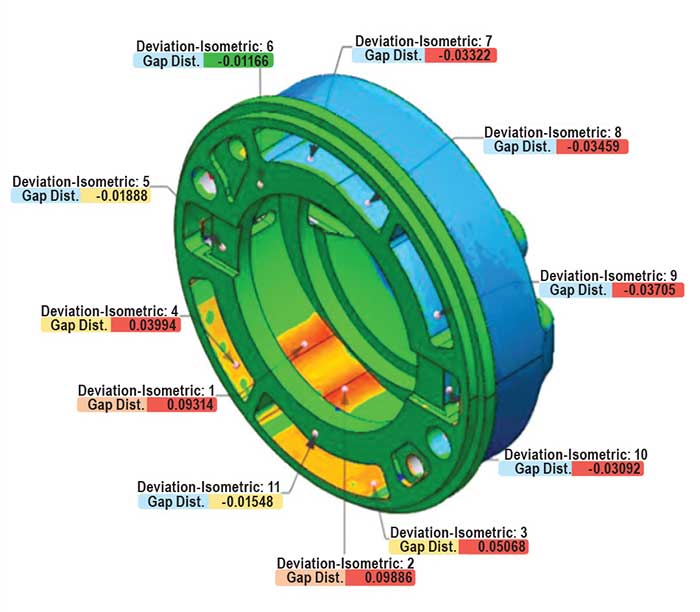 The plant then decided to request bids to have one of the pumps sent out for overhaul.

Part of the work scope was to have a computational fluid dynamics (CFD) analysis performed on the pump to attempt to learn things about the pump’s response to varying flow conditions. A performance test was also desired. 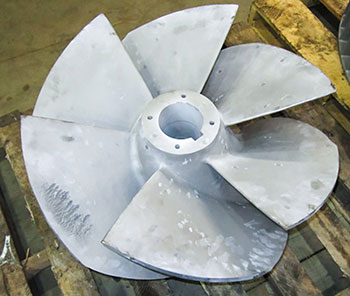 A vendor was selected to overhaul the pump, perform the CFD analysis and to hydraulically test the pump. Once disassembled, the vendor carefully inspected the pump and found the following issues: 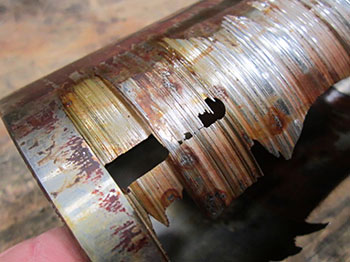 After seeing the extent of side loading on the rotor, in addition to the excessive cavitation on just one impeller vane, the impeller was scanned with a CMM.

It was immediately noticeable that one vane was miscast when the impeller casting was originally poured. Once the poor casting condition was verified, the repair went forward. A new impeller was reverse engineered, a pattern was made and a casting was poured.

The casting was verified using scanned data to compare its geometry to “ideal.” The pump was overhauled and assembled. A hydraulic performance test was conducted to confirm its performance. A CFD analysis was performed, further confirming the pump would achieve its design points properly.

Mark Barber has a Bachelor of Science in mechanical engineering from the University of Wisconsin and is a mechanical engineer at Rotating Equipment Repair. Barber has been involved in the pump repair and the technical support industry for 15 years. He may be reached at mark.barber@rerpump.com.