The Role of Metering Pumps in Enhanced Oil Recovery

While onshore fracking in the U.S. remains front-and-center, numerous analysts are predicting strong growth for the Gulf of Mexico in the year ahead. A number of historic firsts, including Shell’s Appomattox and Chevron’s Anchor, could set the stage for years to come and trigger a new wave of offshore “mega-investment” in the Gulf. These new plays venture into Jurassic-age sands, which some believe represent the final frontier of deep-water development.

If these massive new projects produce as expected, then mergers and acquisitions (M&A) activity in the Gulf is expected to pick up as larger players sell maturing assets and focus on new priorities. This shift is like the trends in the Permian Basin, where larger players have shed noncore positions to target “low hanging fruit.” If things play out as expected in deep-water Jurassic-age sands, then a new round of consolidation and migration could leave behind scores of maturing wells—which could create a renaissance for enhanced oil recovery (EOR) activities. 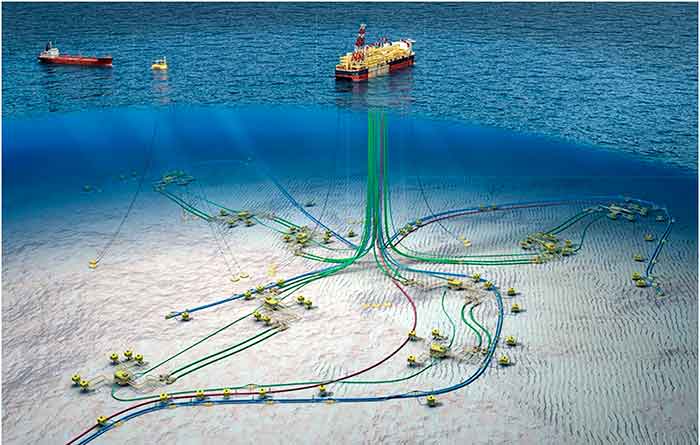 Image 1. Scores of relatively shallow offshore wells have been capped, even though they still contain up to half of their contents. (Images courtesy of Pulsafeeder)

A Quick Primer on EOR

While new oil discoveries always grab headlines, EOR is much like the understudy that plays a behind-the-scenes but vital role. For most well sites, EOR activities recover up to half of the available oil and gas trapped in a reservoir. This adds up to billions of barrels that have already been discovered yet are considered too difficult to recover or not worth the effort when more attractive opportunities exist elsewhere.

When a new well is initiated, the first phase (primary recovery) is aided by immense natural pressure in the reservoir, which pushes oil and gas to the surface. This primary recovery stage is efficient and profitable, but it is also limited because easily extracted product in most reservoirs accounts for just 10 to 20 percent of the total contents.

The secondary recovery phase requires high volumes of water (or gas) to be injected into different parts of the reservoir. This displaces oil residing deeper in the reservoir and drives it toward the well head, where it can be extracted. Secondary recovery typically produces 20 to 40 percent of a reservoir’s contents, but this still leaves almost half of the resources untouched.

The third and final phase of recovery is EOR. This requires a mix of gas, chemical and water (or steam) injections to move a reservoir’s remaining contents toward production zones where they can be extracted. EOR activities typically begin by drilling long-reach injection wells into a reservoir. Thermal EOR activities send steam down the injection wells into the reservoir to transfer heat into cold and heavy oil, which reduces its viscosity and makes it more mobile.

Nonthermal EOR activities pump a mix of different gasses (carbon dioxide or hydrocarbon gas) through the same injection wells. When gas mixes with trapped oil, it causes the oil to expand and dissolve from the reservoir rock, allowing it to move freely within the reservoir, where it can be extracted.

To reach the hardest parts (where much of the product remains), different polymers and active agents are required. These chemicals are metered in specific doses via metering pumps.

Chemicals known as surfactants are pumped into the reservoir to lower the surface tension between oil and the rocks trapping the oil. These chemicals improve the wettability of porous rocks and allow water (infused with other chemicals) to flow through the rock to displace oil.

Once dispersed, oil droplets still need to be extracted. This is accomplished by metering different combinations of polymers, which thicken the water-flood injected into the reservoir. Certain polymers work like a squeegee on a windshield. They push oil droplets together into larger bunches, which can then be swept toward production zones and extracted.

Much like traditional upstream oil and gas production, a wide variety of corrosion and scale inhibitors must be dosed via metering pumps to provide a layer of protection on the well tubing and to prevent damage and rusting.

During the winter months, methanol injections are required on all EOR injection lines to prevent freezing. The formation of hydrates is a critical safety issue that must be continuously addressed. Hydrates form when light hydrocarbons and water mix under high pressures and low temperatures. They restrict flow and can damage equipment. Because remediation is time-consuming, expensive and dangerous to people, equipment and the environment, flow assurance chemicals like methanol, delivered via metering pumps, are critical to keep the entire enterprise operating. 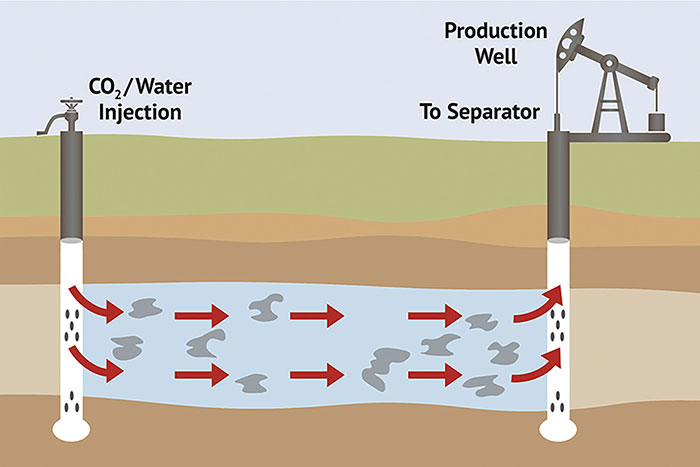 Image 2. Water injected into a reservoir displaces oil deep in the reservoir and drives it toward production zones for extraction.

Are Perceptions & Opportunities for EOR Changing?

Even though chemical injection and EOR can increase oil recovery by as much as 75 percent, these methods have long been considered expensive, laborious and time-consuming. But that may be changing, in part to a shifting landscape and improvements made with pumping infrastructure.

Over the last few decades, thousands of onshore and (relatively shallow) offshore wells have been capped by operators, even though they still contain half of their contents. Prior to the last downturn, the need for efficiency was less pressing. The recent gold rush in the Permian Basin offers similar incentives for operators to focus on primary and secondary recovery before moving to the next project.

These factors have built up an enormous inventory of half-full reservoirs. Many believe this growing inventory has created a new value proposition for EOR.

Perhaps another reason previous (pre-downturn) EOR activities were perceived to be inefficient was due to the legacy pumping infrastructure used decades ago. Many early systems relied on pneumatically driven piston pumps or plunger pumps, which produced unreliable flow rates and resulted in inaccurate and inconsistent dosing to the reservoir.

Every reservoir is different, for a variety of factors including age, geology and depth. As a result, the chemistry required for maximum extraction is also unique to each reservoir. Because the chemistry changes throughout the extraction life cycle, the metering pumps used to deliver the catalysts must be accurate, able to intelligently interpret data and analytics and flexible to instantly alter flow volumes to render the optimum cocktail for EOR extraction.

Metering pump innovation has come a long way in the last decade. Today’s metering pumps should address the requirements for EOR applications better than their predecessors. They offer more hydraulic power, interact with controllers to interpret data, provide 1,000 to 1 turndown ratios to deliver the precise volumes of chemical needed and adhere to API 675 standards.

When it comes to offshore operations, footprint, space and weight are important factors. Metering pumps can deliver the pressures needed for EOR applications, in smaller and lighter packages than previous pumps.

With oil and gas applications, pumping infrastructure reliability is paramount because the value of a single day’s production exceeds the cost of the pumping systems. Equipment must be manufactured to high standards, and attention must be paid to preventative and predictive maintenance to ensure long-term safety and performance.

In many ways, innovation in the oil and gas industry has benefitted from the last downturn. Equipment is more powerful, energy efficient and cost effective. Services and best practices are refined and more efficient. Prices seem to have stabilized in a manner that sustains OPEX, ensures profit and encourages an acceptable level of investment.

Prices may never again exceed $100 per barrel, and perhaps that is a good thing because it prevents us from wasting resources. Today’s prices are high enough to support investments in EOR. These economics, combined with the growing inventory of half-full reservoirs, and enhancements made in pumping technology, provide a compelling value proposition for a new renaissance in EOR activities.

Axel Bokiba is vice president of product management and business line director for Pulsafeeder and a member of the Pumps & Systems Editorial Advisory Board. He may be reached at abokiba@idexcorp.com. For more information, visit pulsafeeder.com