A fix was needed for a power plant’s multistage barrel pump that was experiencing high vibration and failure in the field.
by Jeff Giroux
by Nick Dagres
Hydro, Inc.
11/20/2019

Efficiency and reliability are at the forefront of a successful pumping system. As such, unplanned outages can be a detrimental disturbance to the overall operation. In this case, the end user’s high-pressure multistage BB5 barrel pump was experiencing severe vibration, unstable performance and failure in the field leading to unit shutdown.

This particular unit, used in boiler feedwater operations, is critical to the plant’s uptime and throughput. Furthermore, continued failures can cause growing costs due to inevitable maintenance and repairs, often overlooking a long-term solution. With each unplanned outage, the plant could face a significant loss in capital.

Previously, the pump had been running for six months before experiencing a catastrophic failure, requiring a shutdown and removal for further analysis. Initially, the unit’s damaged components were repaired by welding, and the volute was reassembled and installed for use. Upon its installation, the power plant placed the unit back into service but encountered a second emergency shutdown after two months in operation. 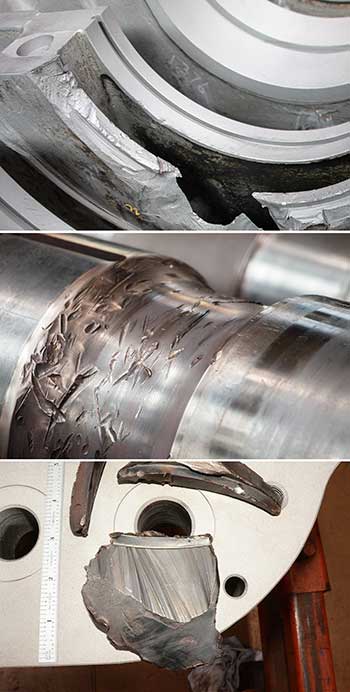 Image 1. A wide range of damage was uncovered throughout the pump’s internal components. (Images courtesy of Hydro, Inc.)

To further investigate the situation, the power plant chose to send the unit to an independent aftermarket pump service provider for a comprehensive root cause analysis and inspection.

After initial disassembly, a wide range of damage was uncovered throughout the pump’s internal components, varying in scope throughout the affected areas (Image 1).

The stainless-steel volute itself displayed severe breakage throughout the wall between impeller sections of the fourth and fifth stages, in an area adjacent to the fourth-stage impeller. While most of the damage was limited to the bottom half of the volute, the debris resulting from fractured sections had damaged the upper half as well as the impellers. The wear rings also exhibited severe contact damage to the point of shattering. Further analysis had uncovered shaft damage from end to end, showed fretting at the coupling fits of the shaft, severe grooves, chipped coatings on the bearing fits and galling between stages from contact damage. 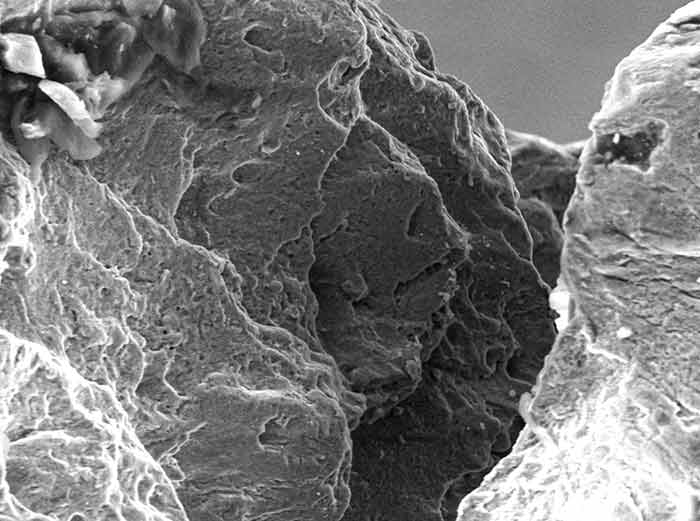 Image 2. Welding defects or improper heat treatments that may have contributed to the failure were identified during a metallurgical examination.

Following disassembly, the service provider’s expert team of engineers executed a metallurgical and forensic analysis to further understand the root cause of failure.

As the volute had been welded during a prior repair, a metallurgical examination was executed to identify any possible welding defects or improper heat treatments that may have led to the failure.

The issue uncovered from the analysis was relative thinness where the fracturing had occurred on the wall of the partition in the volute (Image 3). While most partition walls were typically a 1/2 inch thick, an examination of the area of failure showcased that its thickness was approximately half of that—1/4 inch. 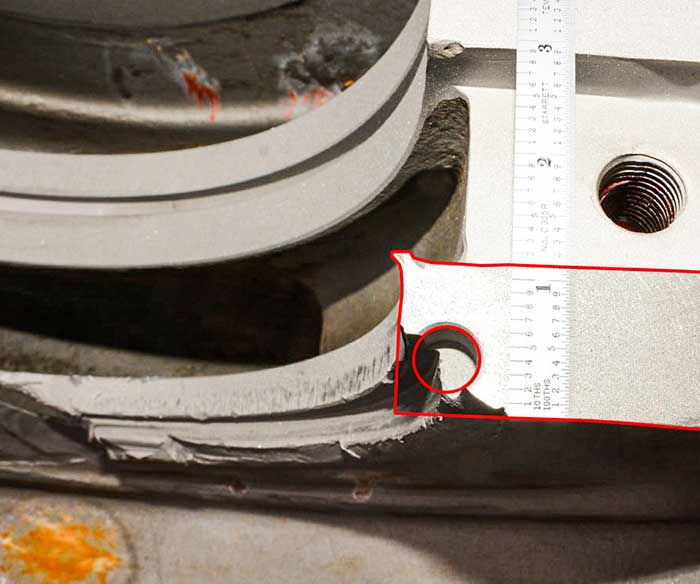 Image 3. While most partition walls were typically 1/2 inch thick, an examination of the area of failure showcased that its thickness was approximately half of that—1/4 inch.

Since the metallographic examination presented no signs of defects in the weld repair, the team of engineers concluded that the condition occurred during the manufacturing process, as the thinned walls exhibited defects as compared to the original design of the volute.
This relative thinning, linked to the pump failures, undoubtedly resulted from a core shift during pouring and shrinkage during the casting process.

A core shift refers to the displacement of a foundry core during the manufacturing process, which can lead to a wide range of defects such as misalignment and thinning as seen in the forensic analysis (Image 4). It is likely that the casting defect eventually led to a wear ring loosening and breaking during operation. 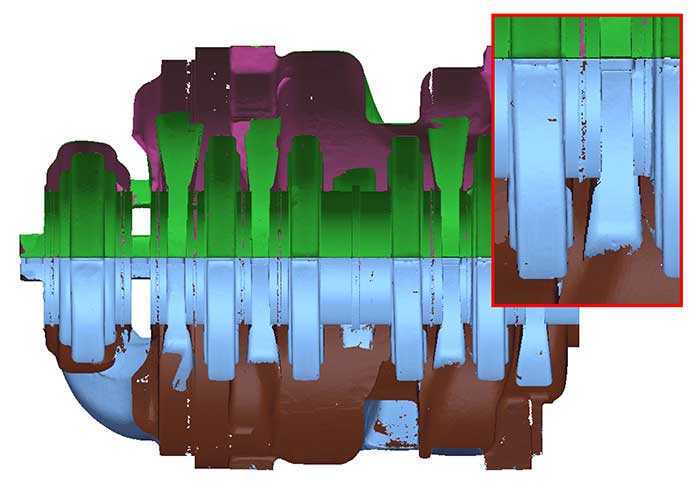 Image 4. This relative thinning, linked to the pump failures, resulted from a core shift during pouring and shrinkage during the casting process.

Furthermore, the metal debris would eventually travel throughout the pump, causing significant damage to the volute, shaft and impellers.

Since the pump had extensive damage, two solutions were at the forefront for the user: manufacture a new volute or execute a full restoration. Ultimately, the decision was made to pursue the latter.

With the cause of failure identified, the service provider began working with the end user to develop a cost-effective restoration and long-term solution, ensuring the pump would meet its desired performance and run without issues in the field.

The first step in the restoration process involved a complete reverse engineering of the volute, using a 3D coordinate measuring machine. This scan data would then form the basis for developing and implementing a full rebuild based on the original design.

Engineering modifications and upgrades would also be provided to correct the relative thinness uncovered during the root cause analysis. 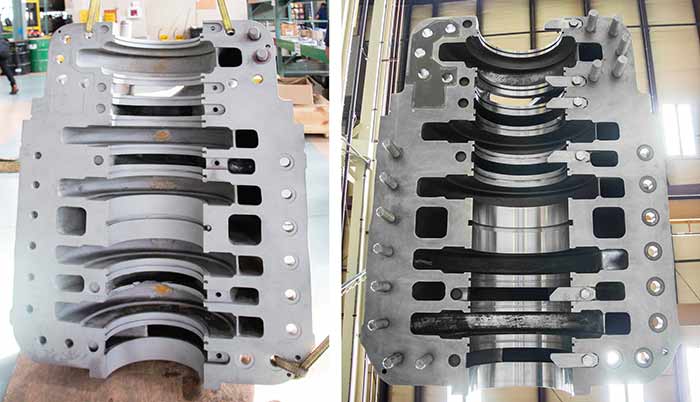 Image 5. A comprehensive redesign, repair and precision welding to ISO 9001:2015 specifications were executed on the volute.

The next phase included a meticulous repair process and precision welding to ISO 9001:2015 specifications to correct the volute geometry (Image 5). In addition to the volute, all of the unit’s impellers were repaired and the damaged shaft was restored to its original condition.

While various problems can be identified during routine inspection of a pump when removed from service, other more complex issues may require forensic analysis to uncover dormant issues that are often overlooked.

To identify the root cause of failure, the aftermarket pump service provider offered an inspection process and evaluation of the pump’s historical operating conditions.

This approach can help prevent costly forced outages by revealing underlying conditions that may lead to failure in the field. In this case, the engineers were able to analyze the existing problems and to recommend a quality solution, thus providing a full restoration and eliminating the need to purchase a new unit.