Last month, we assembled a team to perform the root cause failure analysis (RCFA) and identified a leader to be the point person, keeper of all materials and distributor of all documentation. It is critical to the success of an RCFA to have a single point person (team leader) in control of all communication and designated as the keeper of the RCFA as the document is developed.

This month we will discuss the financial implications of a RCFA. We have all heard the expression “money talks.” Justifying an RCFA is no exception. When approaching management to suggest an RCFA, I would expect their response would be something along the lines of “How will this help our bottom line?” or, “How much money will it save us?” 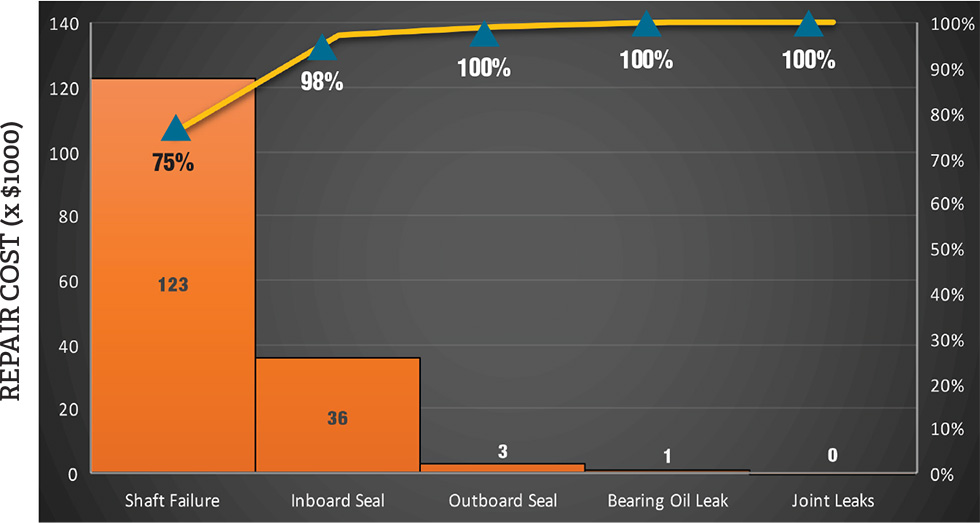 IMAGE 1: Maintenance issues and associated costs (Image courtesy of the author). Based on a review of data, 75 percent of the repair costs were due to shaft failures which resulted in:
• 8,163 MWH loss
• Efficiency loss, $144,000

Show Me the Money

If you want to get management’s attention and cooperation, show them the financial implications of the system in question.
The financial analysis can be addressed with the support and assistance of your team, specifically:

The failures can be plotted on a histogram to demonstrate the frequency relative to the component, as well as the cost associated with the total number of failures over a specified time period as shown in the example in Image 1.

The benefits of showing the histogram and associated cost is that it helps people grasp the ideas—the graphic is simple to understand. You don’t have to be an engineer, or a certified public accountant (CPA) for that matter, to understand that this system is costing the company a great deal of money.

The next step: Drive home your point with a simple “show me the money” statement. For example:

“Between 1999 and 2002, there have been four pump shaft failures costing the company $2 million dollars in lost production and downtime.”

Management would have to be blind to not see the benefit of addressing this system by identifying the root cause and mitigating the failure mode(s).

At this point, it can get a bit touchy with upper management. It is inevitable that someone will ask the question, “Why wasn’t this addressed sooner?”

So, why wasn’t this issue addressed sooner? The most common response to this question is “corporate culture,” that is, steps were taken to get back online a quickly as possible rather than take time to search for the root cause.

I mentioned in a previous article how I once heard a maintenance team brag about how quickly they could replace a pump. Why were they able to do it so quickly? Because they had a lot of practice— having replaced the unit every six months (meantime between repair was 15 years).

Next month, we will develop the history of the system to better understand the modes of failure and when they begin to develop.

William Livoti is retired after more than 40 years in the industry. Livoti is a member of the Pumps & Systems Editorial Advisory Board and has been a regular contributor to the Hydraulic Institute’s standards and guidebooks. He may be reached at wlivoti@outlook.com.