Today’s refinery fluid catalytic cracking (FCC) units use mechanical seals almost exclusively in their process pumps. Mechanical seals began to replace braided packing, which 60 years ago was commonly installed in the seal gland or stuffing box. The sealing components must be good for the operating temperature, and a suitable flush liquid must be introduced for cooling the shaft and its seals. However, using large amounts of flush liquid can be expensive. The flush liquid is a refined product, and after doing its cooling duty in a Flush Plan 32, it passes through the pump’s throat bushing into the less valuable pumpage.

Overall economics are unlikely to favor Plan 32 in this instance. Users in slurry and light-cycle services are reassessing the total cost of Plan 32. In light-cycle oil pumps that use Plan 32, relatively large quantities of clean, externally supplied flush liquid end up in the light slurry being pumped. Due to widespread use of Plan 32 flush systems at a Caribbean oil refinery, hundreds of barrels per day (bpd) of refined product (gas oil) were lost to the coker charge, according to a former manager. 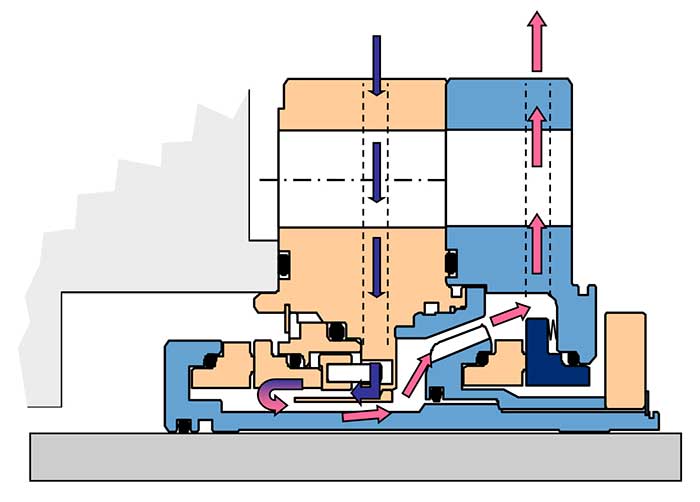 Image 1. A cartridge-style dual mechanical seal with bidirectional tapered pumping device. This style is suitable for many pumps in oil refineries. (Image courtesy of AESSEAL, Inc.)

The former manager’s feedback was both catalyst and additional incentive for a U.S. oil refinery to re-examine seal selection and flush practices in its coker unit. This unit also experienced unremarkable—borderline—seal life, and the search for an optimized flush application merged into a quest for better mechanical seals and sound flush plan alternatives. A bit of research confirmed that metal bellows seals are favored for temperatures above 400 F. Below 400 F, pusher seals (seals that incorporate O-rings) would be acceptable. One such seal is depicted in the cross-section view of Image 1.

A major seal vendor asked the refinery to consider gas- lubricated pump seals. (1) Gas-lubricated seals and upstream pumping seals force a clean external liquid into the seal face gap; such seals are said to incorporate “gas lift faces redesigned to positively pump seal flush fluid into the process.” In these seals, the pumping grooves are often only about 0.0003 inches/0.008 millimeters deep. When these grooves fill with solids, they no longer function as intended.

The refinery decided not to pursue the gas lift and upstream pumping (liquid) seal options; these technologies may not be as widely applied on process pumps. Unlike modern steam crackers (ethylene plants), oil refineries can be cautious when it comes to applying new ideas.

If profitable competitors use a particular mechanical seal geometry and flush plan, a refinery would rightly endeavor to duplicate the competition’s successful approach. As an aside, maintaining seal face cleanliness is a mandatory technical requirement for any industry segment and seal type used in process plants. Accordingly, experience checks are recommended. The best selection approach is to cultivate access to more than just one manufacturer. There are compelling reasons for having this multivendor access. The reasons have been widely published and solid arguments made for working with more than one seal manufacturer. (2)

Following experience checks, it was ultimately recommended for Flush Plan 53 to incorporate a heat exchanger in the flush loop for services up to about 430 F at the U.S. refinery. This choice was supported by Plan 53 being successful in comparable services elsewhere. However, it was again noted that for pumps operating with temperatures substantially above 400 F, the heat load in a Plan 53 circuit may exceed comfortable limits and Plan 54 would be chosen instead.

In an API Flush Plan 54, an external pump is used to circulate flush fluid in a closed loop. If maintained properly, this is a reliable pressurized plan.

As for the U.S. oil refinery and its light-cycle oil pumps, at least one seal manufacturer favors conventional dual seals with a higher-pressure barrier fluid (depicted in Image 1). It and similar dual seals will work well in light hydrocarbon services with moderate temperatures.

The seal design and piping plan must create the appropriate flow rate of barrier fluid to provide cooling for the seal faces. The flow must be distributed to cool both the inner and outer seal face pairs. Image 1 shows such designs. Depending on temperature, API Flush Plan 53 or one of its close derivatives is recommended and will achieve the desired effect of seal cooling and excluding the abrasive pumpage. A small and generally negligible amount of barrier fluid may still enter the pump and minimally dilute the product or process.

The seal faces in Image 1 are well-cooled because the seal incorporates a high-flow (bidirectional) pumping ring and a baffle that directs fluid to circulate around—and thus cool— the inboard faces. A heat exchanger is sometimes used in the flush liquid loop, although the large diameter tapered pumping device, or an auger-like pumping screw, typically move the barrier fluid at flow rates greater than those achievable with traditional configurations. Bidirectional designs generate head and flow regardless of the shaft’s rotational direction.

Will the Best Seal Fit?

Users may find in older pumps that the seal cavity cross- sectional clearance is probably only 3/8 inch and that some seal geometries may not be accommodated by the seal cavities. However, several vendors offer dual mechanical seals that could fit in the spatial envelope available in 1960s or 1970s pumps without reconfiguration of equipment.

It should also be noted that many slurry pumps had their stuffing boxes modified decades ago after it was realized that solids tend to collect behind the throat bushing. Tapered stuffing boxes do not incorporate throat bushings. These tapered geometries and tapered bores are now widely used in applications where accumulation of solids in dead spaces must be avoided. Tapered bores can usually accommodate cartridge-style seals.3 Other stuffing box modifications are feasible and, in most instances, the cost is easily justified.

The following recommendations for mechanical seals in FCC units are based on advice given to the oil refinery mentioned earlier in this case study and reflect considerable research. Trial and error solutions were attempted and the FCC pumps in question predated 1970. Among several other possible flaws, the owners had possibly overlooked that the troublesome pumps may have been sold with braided packing. Some of these old-style pumps were known to have rather slender shafts and braided packing acted as a stabilizing bushing for these shafts.

This stabilizing effect may have been lost when packing lost its place to mechanical seals. Because of this, suitable remedial details were included in the list of recommendations given below. While these suggestions are specific to the refinery, other users may find them useful.

Following these recommendations will rarely disappoint the reliability-focused seal purchaser.