Sleep Deprivation on the Rise Among Working Americans 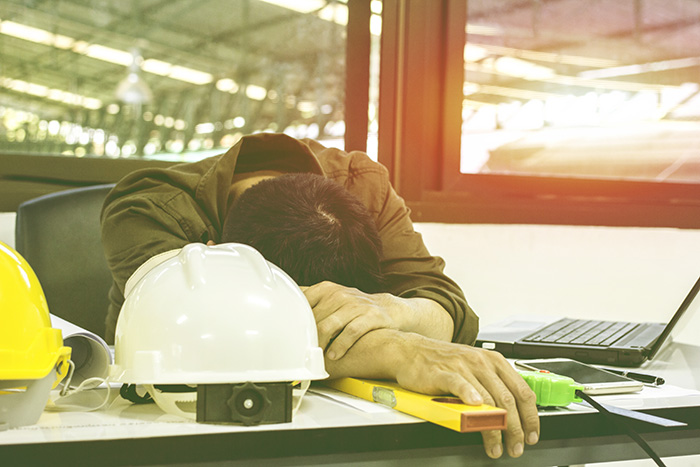 Nearly a third of Americans are getting inadequate sleep, and it is getting worse every year, according to a new study from Ball State University.

Researchers studied more than 150,000 working adults from 2010 to 2018 and found that prevalence of inadequate sleep—seven hours or less—increased from 30.9 percent of respondents in 2010 to 35.6 percent in 2018. The study, “Short Sleep Duration in Working American Adults,” was posted Sept. 23 by the Journal of Community Health.

Production occupations ranked as one of the professions with the highest levels of poor sleep at 41 percent. Other professions included were the police and military (50 percent), health care support occupations (45 percent), and transport and material moving (41 percent, according to the study.

“Inadequate sleep is associated with mild to severe physical and mental health problems, injury, loss of productivity, and premature mortality,” said Jagdish Khubchandani, lead author and a health science professor at Ball State. “This is a significant finding because the U.S. is currently witnessing high rates of chronic diseases across all ages, and many of these diseases are related to sleep problems.

“There is no definitive cause found for these trends in sleep duration in [the] working American population,” Khubchandani said. “We see the workplace is changing as Americans work longer hours, and there is greater access and use of technology and electronic devices, which tend to keep people up at night. Add to this the progressive escalation in workplace stress in the United States, and the rising prevalence of multiple chronic conditions could be related to short sleep duration in working American adults.”

Khubchandani believes that employers should take steps to make sure their workers are getting enough rest.

“Employers have a major responsibility and should use health promotion strategies to ensure that workers who struggle with sleep problems are assisted,” he said. “We all suffer when our bus and truck drivers, doctors and nurses are sleep deprived.”

“There is a need for increasing awareness and improving the diagnosis and treatment of sleep disorders,” he said. “And there needs to be emphasis on public education, training for health professionals and monitoring.”