Cost and operational advantages of new direct-drive motor technology have been validated for driving peristaltic pumps. Based on transverse flux innovations, these motors have been used in a variety of high-torque, low-speed applications from conveyors to industrial fans, and recently extended their breadth of operation to include positive displacement pumps.

As a result, incumbent motors are operated at a higher speed (more than 1,000 rpm), and a speed reduction gearbox is necessary to achieve the required torque and rotational speed. These geared drive systems can be large, heavy and inefficient.

The new direct drive motors based on transverse flux technology deliver high continuous torque at low rotational speeds, which eliminates the need for a speed reduction gearbox. This reduces the drive system weight, size, temperature and power consumption of the pump system while offering a wider operating speed range.

These motors cover a range of both peristaltic and hose pumps. 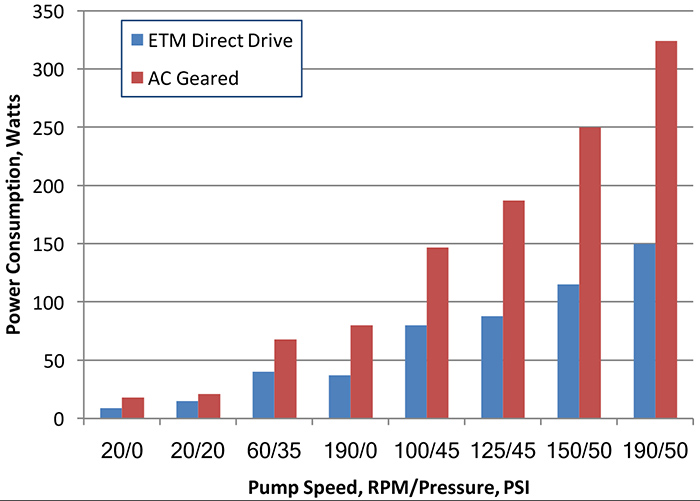 Efficiency legislation is creating an ever-growing focus on motor and pump system efficiency. Some AC induction motors can suffer from losses in variable speed or variable load applications. As speed moves away from nominal rpm in conventional motors, efficiency can fall to less than 50 percent.

Over time, gearbox seals can leak, gears can wear out and the systems can require increased maintenance. The advanced direct drive systems have a single moving part, the motor rotor, which enables greater reliability, reduced maintenance and reduced noise. Installation of AC gear motor systems often requires an electrician to connect the controller to building mains while the new direct drive systems are pre-wired with a 110V cable and plug.

Scott Reynolds has 31 years of experience commercializing new technology products in microelectronics, medical device and industrial motor markets. Co-inventor on several patents in the fields of electronics and motors, Reynolds is a graduate of the University of Arizona, BSME. As ETM’s director of engineering since 2008, Reynolds serves ETM’s technical, operations and business teams. For more information, email info@etmpower.com or visit www.etmpower.com.