This equipment avoids the risk of leaks and pipe damage associated with injection mold pumps.
by Peter Schuten
06/08/2015

There's an old adage—usually credited to Otto Von Bismarck, the first chancellor of Germany—that says, "Laws are like sausages. It is better not to see them being made."

The implication is that reaching the consensus required to create a new law can be unpleasant, and it may be best not to know what the "ingredients" are and how that consensus was reached.

The same can be said for some industrial processes, whether it be the refining of petroleum products, manufacture of pharmaceuticals or the treatment of wastewater. These processes often require the use of dangerous chemicals. Among them can be strong acids and caustics such as hydrogen chloride (HCl), hydrogen fluoride (HF), nitric acid (HNO3), sulfuric acid (H2SO4), potassium hydroxide (KOH) and sodium hydroxide (NaOH).

Dangerous solvents are also used, including toluene, a water-insoluble liquid that can cause severe reactions in the body, and xylene, a slightly greasy, colorless, flammable liquid with some level of acute toxicity.

Despite being dangerous, these substances are invaluable in the manufacture of thousands of consumer products and the production of components used to create consumer goods or facilitate industrial processes. The challenge for manufacturers and users of these dangerous chemicals is to construct, handle and transfer them in a way that eliminates any chance for their release into the atmosphere. 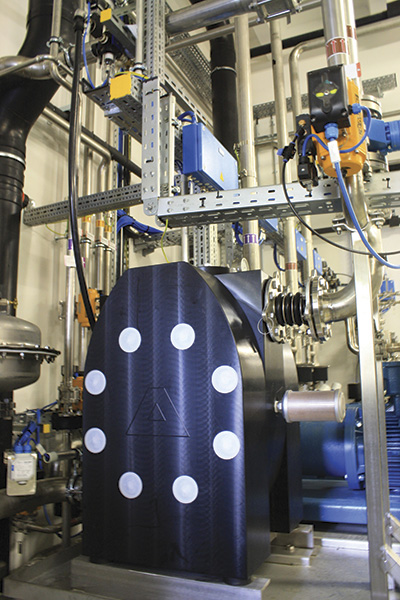 Image 1. The need to use hazardous or dangerous chemicals in the manufacture of numerous products or the completion of a wide array of industrial processes is a fact of life. (Images courtesy of Almatec)

Risk is an inherent part of handling substances comprised of dangerous chemicals. The release of these chemicals can lead to severe health consequences for humans and animals, as well as damage to the environment. Safety when handling these chemicals is a top concern for those who come in contact with them. Cost is a secondary concern. Chemicals are often expensive, and any loss due to leakage or release has a direct effect on the manufacturer's bottom line.

However, keeping dangerous chemicals fully contained is often easier said than done. Since many of them are also highly corrosive, the pumping equipment used to transfer them is prone to chemical attack if the materials of construction are not compatible with the acid, caustic or solvent. End users should also consider the design features of the pump. For example, if the design incorporates mechanical seals or packing, they may be prone to leaks. 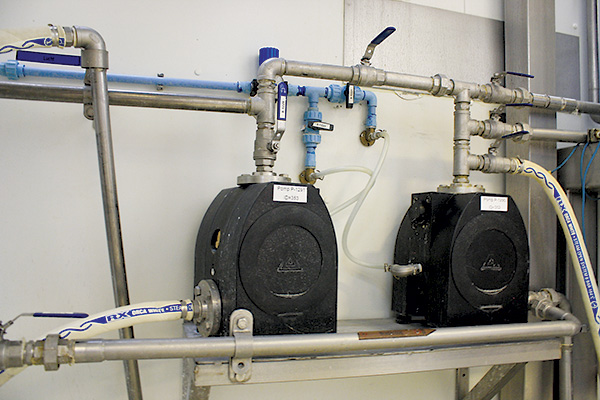 Image 2. The plastic solid-body construction of some AODD pumps eliminates the small crevices or cavities that can be found in injection-molded models. It is in these crevices that liquids can accumulate and leak paths can be created.

Magnetic couplings and double-barrier seals represent attempts to work around the deficiencies of mechanical seals. These methods, however, have other shortcomings that limit their effectiveness. The viscosity range of liquids transferred by pumps with magnetic couplings is limited by the amount of transferable torque that can be created. The use of pumps with double seals or barrier liquids can be impractical because of the high cost and the level of maintenance required.

Some common pump styles that have traditionally been used to handle dangerous chemicals include lobe, gear and centrifugal models. While they may be constructed of chemical-compatible materials, their design incorporates mechanical seals. The performance of these seals can be compromised over time, raising the possibility that leaks will occur in the process.

These competitive pump styles also have weaknesses when it comes to the reliable, energy efficient transfer of dangerous chemicals. Gear pumps, for instance, move liquids through the meshing of gears. As the gears wear, however, the pump's volumetric consistency is adversely affected. This results in unreliable flow rates and increased energy usage. The operation of both gear and centrifugal pumps can create turbulence in the pumped liquid, which can lead to shearing that can damage or alter the liquid's chemical properties. Because they are not true PD pumps, lobe models can be subject to product slippage, which can make attaining a consistent flow difficult and result in compromised production rates. 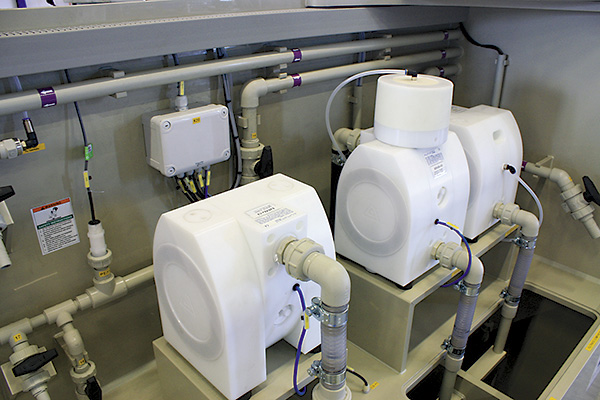 Image 3. Harsh chemicals can cause compatibility concerns when used with some types of pumps. One type of AODD pump can be constructed of plastic materials that are specifically compatible with the chemicals they will handle, which eliminates corrosion and leak concerns.

AODD pumps avoid these shortcomings. Specifically, plastic solid-body AODD pumps are the preferred choice in harsh chemical applications. In general, solid-body AODD pumps are stronger and have a longer life cycle with less required maintenance. Injection-molded plastic pumps, however, can have small cavities or crevices in the body where liquids can accumulate and potential leak paths can be created. During operation, injection-molded pumps can also bounce more, which can loosen pipework and increase the chances for a product leak. 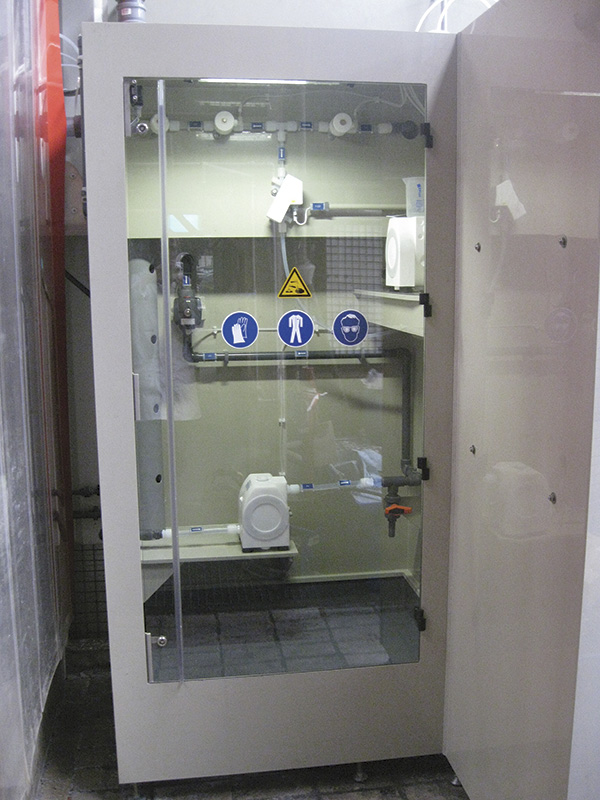 Plastic AODD pumps can be constructed of materials that are specifically compatible with the chemicals they will handle, which eliminates corrosion and leak concerns. AODD pumps are dry-run capable, easy to control and sealless. Their compressible drive medium permits gentle delivery with attenuated pressure peaks. Startup is simple, and the space required is considerably less than that of piston-actuated diaphragm pumps or eccentric screw pumps. 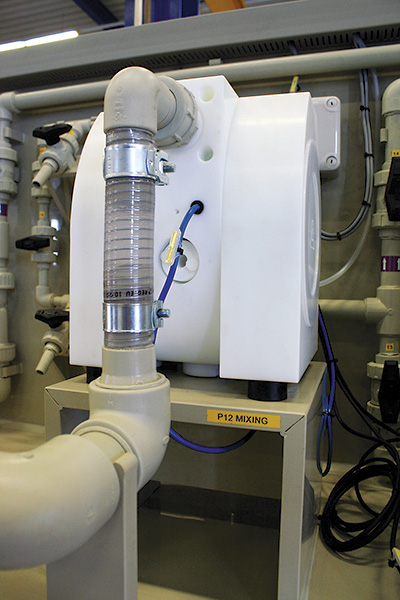 One type of plastic body AODD pump offers features and benefits for handlers of dangerous chemicals.

While we may not want to know what types of dangerous chemicals, solvents, caustics or acids are used to make paints, detergents, paper and fertilizer, we know that we cannot live without them and that we do not want the dangerous materials to be released to the environment.

That is why full containment of these hazardous, flammable or explosive substances is a front-of-mind concern for the plant operators who handle them. Those concerns can be alleviated, however, through the use of pumping equipment that has been designed to achieve full containment of dangerous chemicals.