Part One of this series (Pumps & Systems, November 2014) explained the general concept of slip in centrifugal impellers. This part will discuss how split vanes or alternating primary and secondary vanes can control slip in slurry pumps.

As early as 1927, Aural Stodola proposed to correlate the slip velocity to the number of vanes, Z, as well as the vane tip discharge angle, β2.

The Stodola slip factor at zero flow is expressed as

F.J. Weisner developed an excellent review of slip factor equations, which showed that Equation 4 can be used up to a certain limit, εL, as expressed by Equation 3.8 Beyond that limit, Equation 5 must be used.

A slurry impeller typically uses a limited number of vanes in order to prevent large particles and rocks from blocking the eye. A slurry pump impeller developed in 1994, however, consisted of smaller secondary vanes alternating with primary vanes (see Image 1).1 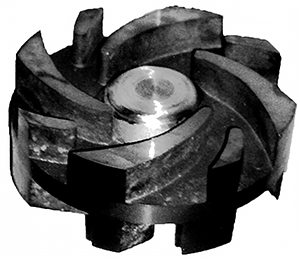 For many impellers, the ratio of R2/R1 can range from 2.5 to 3.5. Some froth pumps may use a ratio of 1.5. The typical discharge angle is 35 degrees, but some may be as high as 60 degrees for especially viscous mixtures. 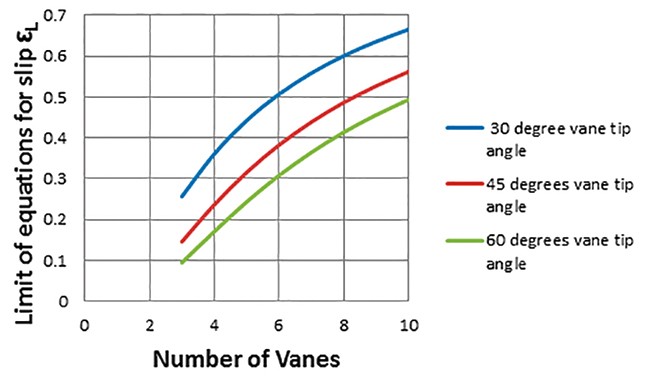 Figure 1. Limit between the slip (see Equations 4 and 5)

Figures 2 through 4 compare the slip for conventional slurry pumps with four vanes to those with eight vanes consisting of four primary and four secondary vanes. The secondary vanes start at a higher radius to avoid blocking the eye (see Image 1). 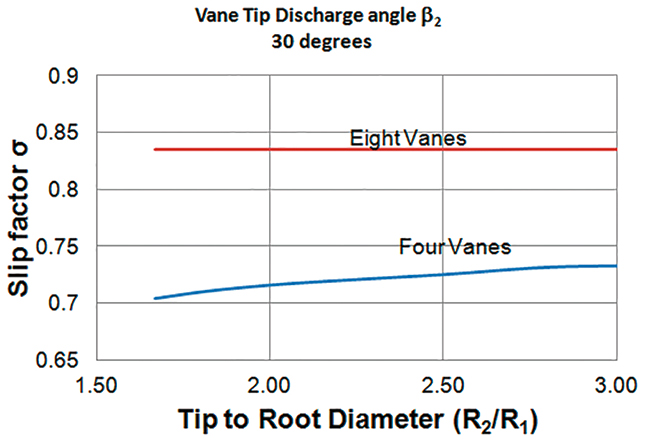 Figure 2. The beneficial effect that increasing the number of vanes has on slip factor with a vane tip angle of 30 degrees

Because the secondary or split vanes start away from the root, they do not block the impeller eye. Their own shape and discharge angle can be optimized to maximize head and reduce slip. Further investigation and empirical equations would be required to determine their positive effect on slip. 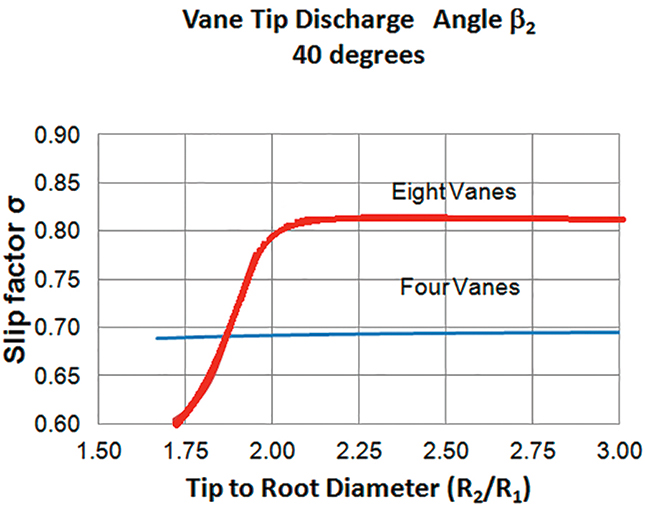 Figure 3. The beneficial effect that increasing the number of vanes has on slip factor with a vane tip angle of 40 degrees

As shown in Image 1, these secondary vanes are thinner than the primary vanes, but they affect the hydraulic efficiency by limiting recirculation, a problem that pumps experience when they operate away from their best efficiency point (BEP). Recirculation is a more significant problem with slurry pumps because the passageway becomes very wide toward the tip diameter. The American National Standards Institute (ANSI)/ Hydraulic Institute (HI) Standard 12.1 – 12.6 has certain recommendations for pumping through slurry pumps, away from the BEP. 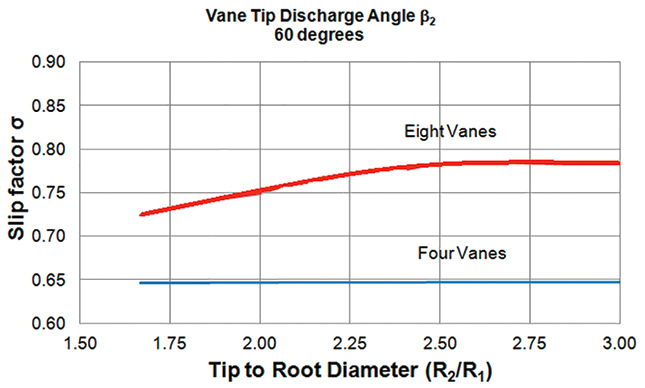 Figure 4. The beneficial effect that increasing the number of vanes has on slip factor with a vane tip angle of 60 degrees

Four classes of slurry services are available, with Service Class 1 being the less severe duty and 4 the harshest. Table 1 shows recommendations based on pumping silica sand.

Figure 5. The secondary vane alters the pattern of recirculation away from the BEP.

These recommendations are based on normal slurry pump impellers. Adding secondary or split vanes helps alter the recirculation field and stabilize the flow between the primary vanes (see Figure 5). This is an area meriting further research.

Slurry pumps provide a good balance of wide passage at the eye for rocks and the ability to resist wear. Secondary vanes or split vanes can help reduce head losses in the impeller, bringing the delivered head closer to the net theoretical head by reducing slip and altering recirculation patterns away from the BEP. They can also help break air bubbles that form when pumping froth and foamy mixtures. Further research in this area is recommended.

Baha Abulnaga is a professional engineer and a director at Splitvane Engineers Inc. He graduated in 1980 with a B.Sc (Eng) in aeronautical engineering from Queen Mary College at the University of London. In 1986, he graduated with an M.Sc in materials engineering from the American University in Cairo. He is the published author of The Slurry Systems Handbook (McGraw-Hill 2002) and 23 papers quoted in many technical references. Abulnaga has spent most of his career dealing with mineral processing, oil and gas, and engineering slurry pumps for various manufacturers and engineering firms. He is licensed in many jurisdictions and may be reached at baha@splitvane.com.