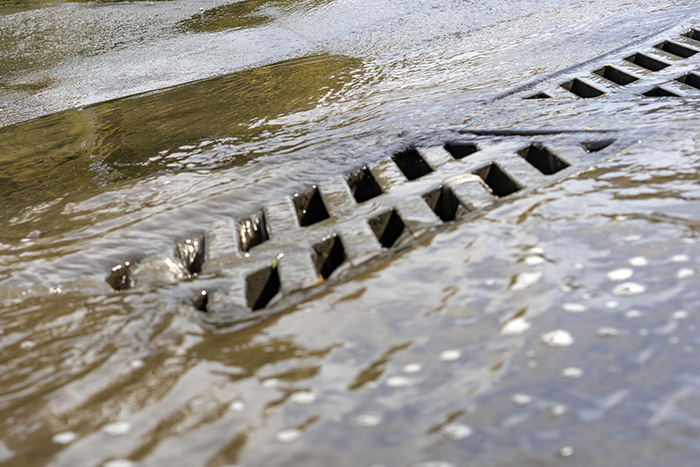 Anyone who has ever watched the news during a storm event has seen the challenge that communities are facing—the flooding created by stormwater can be devastating, not to mention the polluted runoff contaminating waterways.

Now that the American Society of Civil Engineers (ASCE) has added stormwater to its 2021 Infrastructure Report Card, addressing the issue may become a little easier, namely in funding and resources.

“This is a big struggle with cities, with climate change and requirements of the Clean Water Act, there are real investments that need to be made in the infrastructure,” National Municipal Stormwater Alliance (NMSA) chair Scott Taylor said from his California office last week.

Stormwater happens to be the only growing source of water pollution in many waterways, the ASCE said. “With urban populations growth and development, in addition to more frequent and intense storms nationwide, there is mounting pressure on stormwater infrastructure,” the ASCE press release noted.

“We need effective stormwater management that can treat stormwater as a beneficial resource, putting the water to work where it’s needed most. Including stormwater infrastructure as a report crd category will help policymakers get a better handle on the magnitude of the problem across the United States and how we can move forward in taking advantage of this valuable resource,” said Eric Loucks, P.E., of the ASCE Environmental & Water Resources Institute (EWRI) governing board.

Taylor said one of the most important things adding the stormwater category to the report card will help do is increase education about the problem.

“So, there’s a big investment that will need to be made; the public has to be educated as to what stormwater systems are, and if it’s not treated, how it’s going to cause problems in the environment,” Taylor said.

Pump stations are also important, Taylor said, because stormwater pump stations can send it to the sewage treatment plant instead of just out to the stream.

The NMSA does a lot of work pushing for source control, Taylor said, trying to limit pesticides and fertilizers, encourage people to pick up after pets—all of which are just some of the pollutants found in stormwater.

The Water Environment Foundation (WEF) Stormwater Institute led an effort, supported by NMSA, to gather the first-ever analysis of the U.S. stormwater sector needs. The analysis revealed an estimated $7.5 billion annual funding gap and identified top priorities and challenges across the country.

This inaugural survey, the Municipal Separate Storm Sewer System (MS4) Needs Assessment Survey, reflects an effort to learn more about the nature and needs of the MS4 sector at a scale that has never been attempted and will assist analysis for the 2021 Infrastructure Report Card, the ASCE’s press release said.

The ASCE Infrastructure Report Card is issued once every four years, and the next one will be released in March 2021.

ASCE’s 2017 Infrastructure Report Card rated the overall condition of the nation’s infrastructure a cumulative grade of D+ with an investment gap of $2 trillion. ASCE’s inclusion of a stormwater chapter reflects increased interest in stormwater infrastructure by decision-makers to provide for the public sustainable solutions to the problems of flooding and water pollution.