With an agitator and a top-discharge design, these pumps prevent clogging and successfully handle abrasive materials.
by Mike Bjorkman
04/18/2014

With the high price of petroleum, U.S. producers must maximize every dollar from a barrel of crude oil. Every 42-gallon barrel produces 45 gallons of petroleum products. Most of the petroleum is refined into gasoline (47 percent) followed by heating oil/diesel fuel (20 percent) and jet fuel (8 percent). After that, the percentages decrease significantly as refiners produce liquid and gas distillates for industry and construction. One of these is petroleum coke.

During the petroleum refining process, distillates are separated from residual oil after it goes through a vacuum distillation unit. These lighter grade petroleum products—such as hydrocarbon gases, naphtha and light and heavy gas oils—are separated from the oil in a coker unit. After distilling the desired petroleum byproducts, the remaining carbonaceous solid residue is petroleum coke, which has to be cut out of the coker unit with high-pressure water.

Petroleum coke (often abbreviated as petcoke), is more than 90 percent carbon and releases 5 to 10 percent more carbon dioxide than coal when burned. Petcoke, depending upon the grade—either high or low in sulfur and metals—is used as inexpensive fuel in offshore power generation, coal fired boilers or in the steel and aluminum industries. U.S. refineries produced more than 61.5 million tons of petcoke in 2011—enough to fuel 50 average coal plants each year.

Oil refineries usually store petcoke onsite awaiting pending sales or ship it to other companies that store and sell it. PABTEX, L.P., an affiliate of Kansas City Southern Industries, located in Port Arthur, Texas, is a major bulk-commodity handling facility and vessel-loading terminal. It specializes in exporting petroleum coke and receives petroleum coke by train from one of several refineries in the area. On its 29 acres of outside storage, PABTEX can store 500,000 tons of petcoke before transferring it to shipping terminals for transport to global end users. 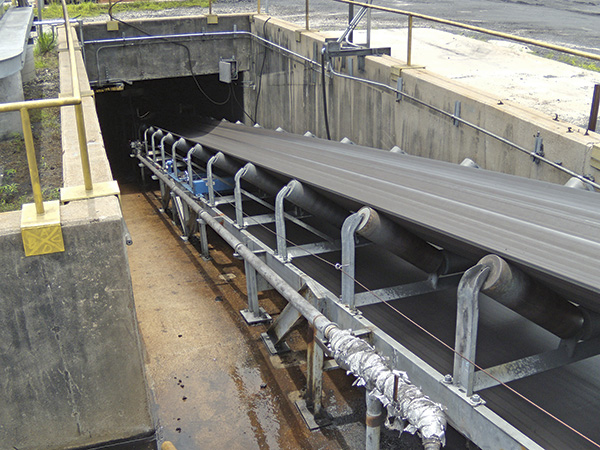 The conveyor system carries small chunks of coke from the shakers to the storage site.

When the raw petcoke is transported to PABTEX’s terminal in bottom dump railcars, a system of shakers breaks the petcoke into smaller chunks that are easier to transport on a conveyer system. Below the shakers is the open conveyer shaft that is 70 to 80 feet below the ground.

Todd Wilkes, the maintenance supervisor of Savage Gulf Services, which operates PABTEX’s Port Arthur terminal, had tried several submersible pumps in the conveyer shaft sump. However, coke is similar to coal fines when pumped—very abrasive and easily separates into a slurry. Because most submersible pumps are cast iron, they cannot hold up in this demanding service. Petcoke is too abrasive, and without an integral agitator, solids settle-out and clog the pump. 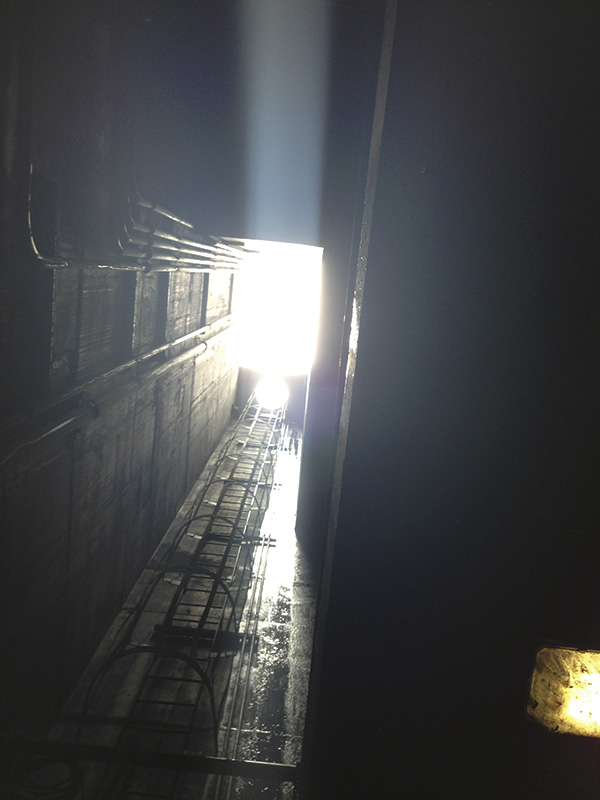 The sump is 80 feet below the shakers. 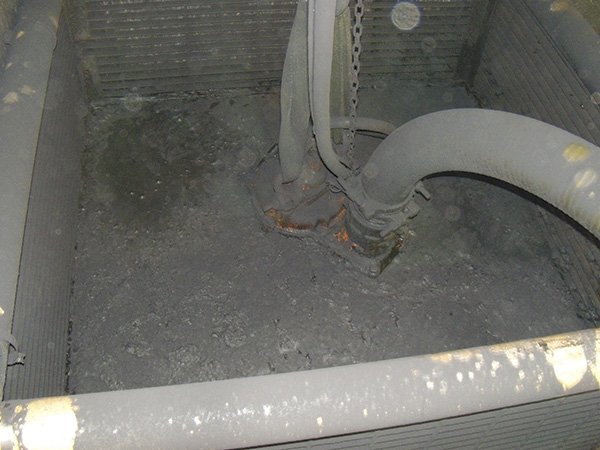 The submersible pump is positioned in the sump below the shakers to handle runoff water laden with coke chunks and fines.

The submersible slurry pump achieves maximum service life because of numerous design features, such as:

Another key feature of the submersible slurry pump is its top-discharge design. Slurry pumps are considered utility pumps, and they are frequently dragged from one site to another. Other pumps have side-discharge connections that can break off or be damaged as it is pulled and pushed into place.

Top-discharge pumps are cooled by the pumped liquid. They can pump a sump or pit down to within inches of the bottom. A side-discharge pump, without a cooling jacket, must stay submerged to avoid overheating, leaving as much as 3 feet of unpumped slurry.

Top discharge also equates to “slim”—even the largest model, with a 22.75-inch “waistline,” will fit down a manhole with a hose attached.

Saladin Pump installed a 10-horsepower, submersible slurry pump in the sump at Salvage Gulf Service for a 60-day trial. The trial was successful with no clogs or wearing issues. Savage Gulf bought the pump, and 60 days later bought a backup pump. Pumping reliability is critical to the overall refining process.

Mike Bjorkman is vice president of BJM Corp. and has more than 30 years of experience in the pump industry. He serves as director of marketing and IT for BJM Pumps, LLC, and ALL-TEST Pro, LLC. Both companies are subsidiaries of BJM Corp. Bjorkman may be reached at 860-399-5937.