Cavitation can severely damage pumps and is affected by pump design and system issues. What affects it most? Does the suction behavior from the discharge side (system) of a pump affect pump cavitation? Cavitation is initiated when the suction pressure drops below vapor pressure. However, does it matter how this pressure is reduced, and what is the system mechanism that can lead to the typical detectable noise versus cases in which, even if pressure drops substantially, no sound occurs? This column and Part Two in May will cover this topic.

Part One breaks down a video of two cases that are seemingly similar, but under closer examination, have significant differences. Learning the differences can help pump users better understand the basics of cavitation mechanisms and also how the system within which the pump operates can contribute to it.

Differences in low pressure initiation at the pump inlet is not the only factor to consider for an in-depth understanding of suction valve throttle versus vacuum pumping. A video of one of the live, hands-on exercises conducted during Pump School sessions shows each example and can be viewed at:

Figure 1. System sketch illustrating the example on the video

In this video, two tests are conducted. The first, Case A, involves dropping the suction pressure in front of a pump by valve throttling. Case B introduces vacuum at the supply tank. In Case B, water is recirculated to the supply tank (dash line version), instead of a more common situation in which it is pumped from one tank to another. Would you expect the result shown in Figure 2—in both cases?

Case A and B will be a test. The reader who answers correctly wins a ticket to the next Pump School. Make sure to view the video to follow along. 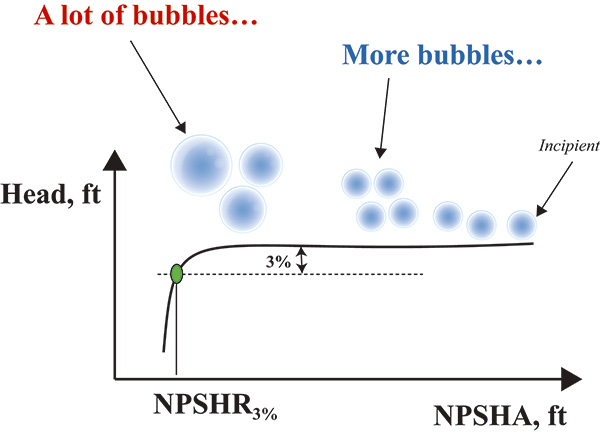 Figure 2. Development of cavitation, starting from the incipient bubble formation and eventually developing to highly unstable bubble activity, their collapse, and damage of the impeller blades

Alternatively, when the suction valve is kept open and vacuum is applied to the supply tank via the vacuum control valve (Vvac), the flow remains constant, as expected, until a strong vacuum is reached. This results in fully developed cavitation, which becomes obvious and strong. Only then will flow drop suddenly.

Can you explain why? Should the flow behave similarly in both cases—staying constant for a long time and only becoming affected at low values of NPSHA (low Ps)?

The best answer will be published in an upcoming issue of Pumps & Systems.

Click here to read Part Two of this article.

Note: This test is one of the standard exercises during Pump School sessions. For the schedule, visit www.pumpingmachinery.com/pump_school/pump_school.htm).