Pumping systems comprise almost 25 percent of all motor energy usage in building and HVAC, water and wastewater, oil and gas extraction and transportation, and irrigation applications. Efficient pumping systems can save users more than 50 percent in potential energy costs.

In addition, electrical energy costs represent 40 percent of the total cost of ownership (TCO) of pumping systems (see Figure 1). Yet organizations struggle to leverage cost reduction through efficiency improvements. The following major barriers need to be recognized and addressed: 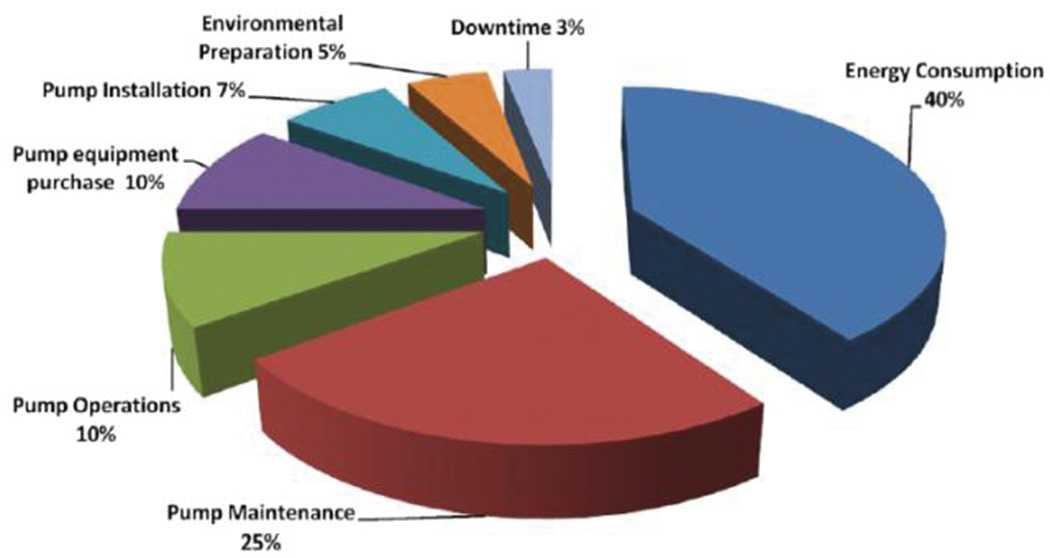 The Department of Energy is currently developing minimum efficiency standards for pumping systems. In addition, industry trade and government organizations such as the Air Conditioning, Heating, and Refrigeration Institute (AHRI) and the American Society of Heating, Refrigeration, Air Conditioning Engineers (ASHRAE) have joined the DOE in introducing standards to mandate minimum efficiency requirements for motors and variable speed drives (VSDs). The DOE Energy Policy Act and ASHRAE 90.1 (Energy Standard for Buildings Except Low-Rise Residential Buildings) are some of these standards.

In pumping systems, most inefficiency comes from: 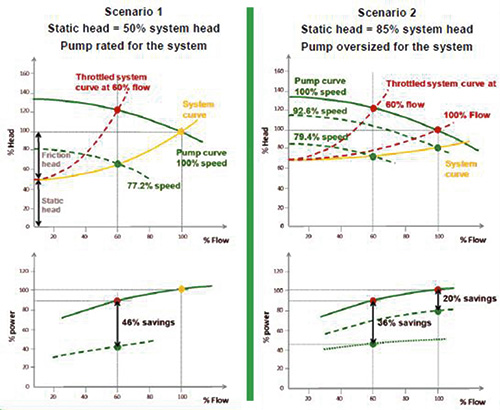 Figure 2. Energy saved with variable versus fixed speed drives at 100 percent and 60 percent flow, according to the static head and pump sizing. The operating point is represented as the intersection of the pump curve with the system curve.

The example in Figure 2 compares two installations (one with a variable speed drive and one with a fixed drive throttled system) in which static heads (height difference between the source and the end use) are different.

Energy savings depend on the static head: the lower the static head, the bigger the energy savings (and speed variation range). Pumping action requires generating enough power to overcome the static head. The friction head is the amount of head required to push the liquid through the pipe and fittings. It depends on flow rate, pipe size, pipe length and viscosity. 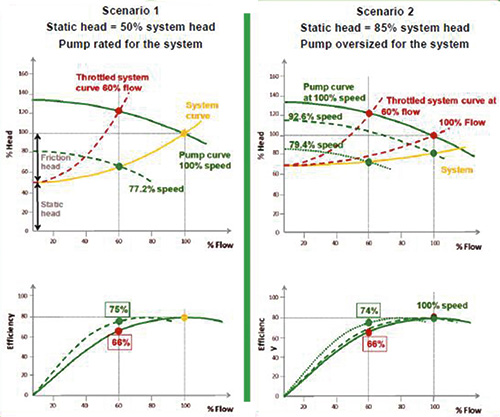 Physical assets, such as pumps, need to be maintained on a regular basis. Maintenance costs represent 25 percent of TCO (see Figure 1), so examining maintenance practices can make a positive contribution to energy-influenced savings.

The challenge behind reducing maintenance costs is ensuring system integrity remains stable, but with the right steps, operators and maintenance specialists can strike an affordable balance.

All pumps should be operated within the parameters of a given pump’s specifications. As discussed, pump efficiency varies according to operational parameters. The pump is designed for optimal operation at the BEP, but 75 percent of pumping systems are oversized by about 30 percent to meet anticipated lifetime peak production or to rationalize spare parts inventory.

Figure 4 illustrates how pumps begin to waste significant energy when appropriate maintenance practices are neglected. For example, discharge recirculation can occur if the pump operates at 65 percent of the BEP flow rate, damaging the impeller. 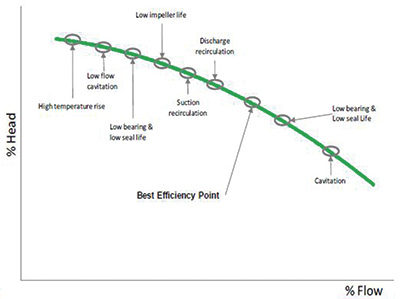 Variable speed drives keep the operating point close to the BEP and protect the pump against inefficiencies. Monitoring the operating point of the pump and its efficiency can help predict when potential system problems—especially extreme ones—will occur. Dry running, low flow operation or cavitation (due to low net positive suction head), which can cause instant damage, is avoided.

Figure 5 illustrates how operating away from the BEP not only decreases the efficiency but speeds the wear and tear on the pump, reducing reliability. 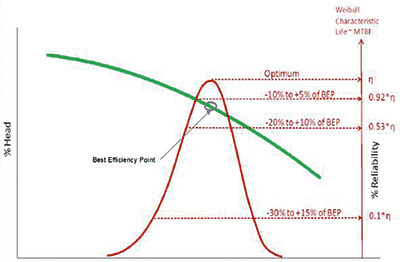 Figure 5. Effect of the distance from the BEP on reliability (Courtesy of Barringer & Associates, “Pump practices & life”)

Figure 6 illustrates the cost curves of these three types of maintenance. Condition-based maintenance is the most cost-effective of the three approaches. Condition-based maintenance monitors system data on an ongoing basis and provides an accurate assessment of the system’s status. of its With pumps, variables such as suction pressure, discharge pressure, pump speed, power, flow and temperatures are monitored to detect a loss of efficiency. Combining the efficiency and process variables identifies potential problems. 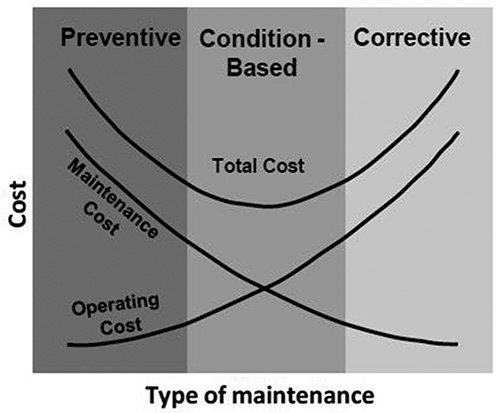 Variable speed drives measure process variables, temperature and power with high accuracy and assess pump efficiency. If connected to the automation system or a server, they can continuously monitor the health of the system and can indicate precisely when proper maintenance is needed.

Jack Creamer is segment manager, Pumping Equipment, for Schneider Electric, and a member of the Pumps & Systems editorial advisory board. He can be reached at jack.creamer@schneider-electric.com.