Taking Intelligent Pump Control to the Next Level

In the past decade, microprocessor controller technology has advanced to provide optimum functionality, improved microprocessor capacity and more sophisticated software algorithms—all at a reduced price. Because of these advancements, pump users can now expand pump control capabilities into mechanical systems by incorporating multiple control algorithms for different system components using only one controller. What was previously defined as the local loop controller now can be expanded to achieve additional cost savings.

One area in which intelligent pump control can be expanded is the condenser loop of the water-cooled chiller. Every plant operator’s goal is to operate the condenser loop efficiently while protecting the chiller and adding to the system’s useful life.

Usually condenser water pumps are designed to provide consistent gallons per minute (gpm) through the chiller’s condenser barrel. This system is designed for the gpm the chiller manufacturer denotes and requires little control.
These older cooling tower control systems do not allow the different components of the system to work together to achieve the best possible energy savings. While using a VFD on the cooling tower fans can achieve some level of energy savings when applied to a system designed to maintain condenser water temperature, even more potential savings are available with an control strategy.

With only a few additional input/output (I/O) points into the new controller, the chiller alone would be able to achieve an average of 30 percent energy savings annually. The system could reduce the head pressure of the chiller by decreasing the temperature of the condenser water leaving the cooling tower and entering the condenser of the chiller. Lower head pressure results in lower lift, which is the difference between the high-pressure and the low-pressure sides of the refrigerant circuit. This phenomenon reduces the amount of work the compressor must perform, minimizing the amount of energy the chiller consumes. Most of the energy savings is a direct result of reducing the lift on the compressors.

The monitoring and control I/O for the new controller would include:

All of this information is fed into the condenser loop controller, not just a cooling tower controller. It has the information it needs to monitor and control this loop to optimum efficiency while ensuring that the system meets operational parameters for the chiller. This in-depth system controls the cooling tower’s speed, resets the condenser water temperature, varies the speed of the condenser water pump and monitors key operational requirements. The system can also calculate and report in real time the co-efficiency of performance (COP). 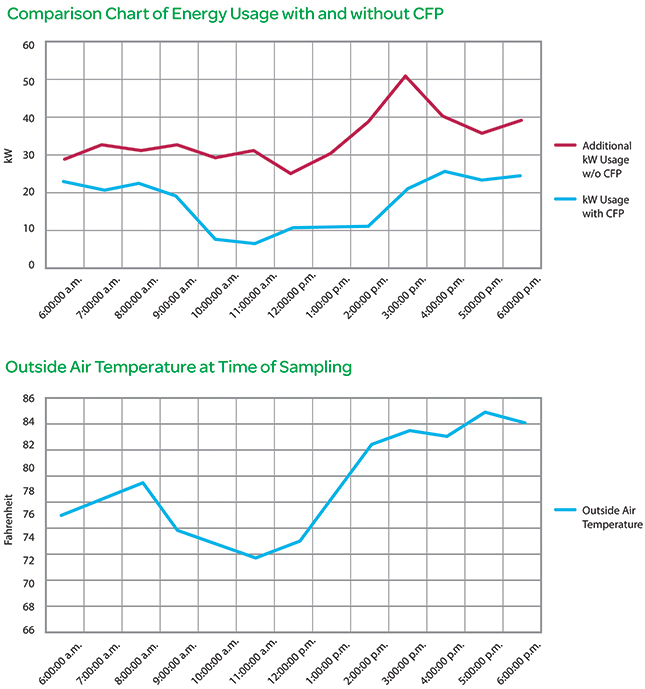 Figure 1. The difference in energy consumption when continuous floating head pressure is applied with VFD operation of the cooling tower fan (Courtesy of Schneider Electric)

The algorithms (AFBs) that reside within the controller’s software use all of this I/O to float the head pressure to the most efficient value based on outside air temperature and chiller load. The speed of the condenser pump motors can also be reduced if proper condenser water difference in temperature (Δt) is maintained through the chiller’s condenser. The new controller software should also include monitoring and trending capabilities to ensure that specific parameters such as minimum gpm through the chiller barrel match the chiller manufacturer’s requirements.

If managers want to monitor or control additional parts of their systems, they can expand the I/O to include those additional monitoring and control points. All controller information can be reported to the building management system (BMS) in real time via Bacnet, Lonworks or Modbus. Cloud-based technology allows operators to access this information using mobile devices.

The Cost of Pumps

While energy use is a primary concern in the design of optimal pump systems (40% of lifetime cost), pump operations and maintenance account for the next greatest portion of total cost of ownership, amounting to 35 percent. What are the root causes of these costs, and how can a system monitor and maintain pump operations? While dedicated sensors and instrumentation have been the traditional solution, the VFDs that save energy can also provide monitoring and feedback regarding many pumping issues.

Monitoring While monitoring pumping conditions is crucial, a closed feedback system is also necessary to ensure ongoing pump system performance by providing feedback on key measures such as energy consumption and alerts if system changes occur. For example, custom dashboards can provide feedback on energy consumption and system performance. In addition, these same VFDs may also have embedded web servers that can provide remote monitoring, alarming capabilities and real-time feedback on operating status that allows for immediate response.

Bob Gray is the U.S. HVAC/R marketing segment manager for Schneider Electric. With more than 25 years of experience in the HVAC/R industry, his expertise ranges from commercial and industrial automated controls to large mechanical HVAC/R systems. He holds a bachelor’s degree in mechanical engineering and marketing.

Jack Creamer is segment manager, Pumping Equipment, for Schneider Electric and a member of the Pumps & Systems editorial advisory board. Contact him at jack.creamer@schneider-electric.com.