I recently attended the Turbomachinery and Pump Symposium, produced by the Texas A&M Turbomachinery Lab. I’ve been attending this conference off and on for 25 years and always sit in on the discussion groups for pump users and mechanical seal users. The same topics come up year after year.

Those topics are new for some of the people in the room, but those with decades of experience have heard them all before. There are two reasons why this happens:

A mechanical seal is mysterious to most users, but its design is very simple. 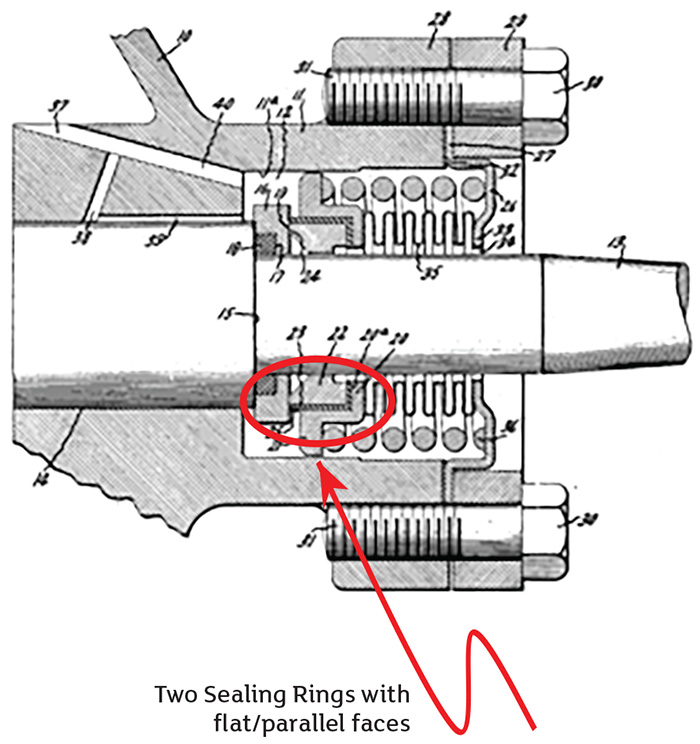 You will see two rings having flat sealing faces in parallel with each other.

Take a look at any other mechanical seal design—including modern ones—and you will see the same thing. In normal operation, a hydrodynamic film will establish between the faces, which keeps them apart and provides lubrication. In most cases, this film will be the pumpage.

If the pumpage does not provide sufficient lift or lubrication, a seal support system is used to supply a lubricating fluid.

The parallelism between the sliding faces is essential for this lubricating film to establish itself (See “Solve Sealing Problems By Keeping Faces Close & Parallel,” Pumps & Systems, April 2016).

If the faces go out of parallel due to face deformation from excess pressure or temperature, the film will collapse causing the faces to come into contact and wear excessively or fail catastrophically.

The hydrodynamic lubricating film will separate and the sealing faces, which provides a leakage path.

This is natural, normal and held to a minimum with proper design. The film’s separation and lubrication also prevents wear in normal operation.

Theoretically, the seal would last forever in normal operation. Wear occurs in stop/start conditions when the film collapses and the faces come into contact.

Abrasives between the sealing faces can also cause accelerated wear, so seal support systems are used to minimize this. Wear also occurs in process upset conditions.

3. Seal Failure Is Usually An Indication of Problems Other Than The Mechanical Seal.

If all conditions of No. 1 and No. 2 are met, a mechanical seal will not fail but will only need to be replaced due to normal wear. If a seal fails prematurely, it is because it was robbed of lubrication or the face parallelism was upset.

The seal cannot do this on its own, so a seal failure is usually an indication of something else in other parts of the fluid loop that robbed the lubrication or upset temperature or pressure. Dry running due to a lack of pumpage in the pump is a typical failure mechanism.

Excess pressure against the seal due to process upset causes mechanical deformation and is a typical cause of the faces going out of parallel.

Image 2 shows such deformation, which causes the out-of-parallel condition and the outer diameter (OD) edge of the rotating face to come into contact with the stationary face. 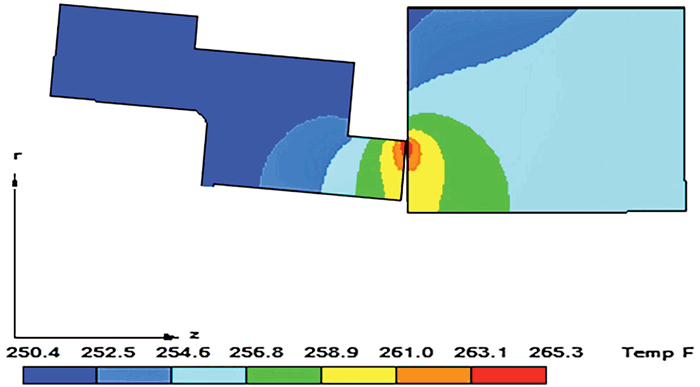 Image 2. Faces out of parallel

The end results in that situation are temperature spikes, catastrophic wear and leakage. The bottom line of this point is that the root cause of a mechanical seal failure is often not the mechanical seal.

4. Seal Features Can Mitigate Failures, But Not Prevent Them.

Since the basic design of the mechanical seal has done well and withstood the test of time, its design has not changed—and nothing on the horizon indicates that it will any time soon. Rather, seal performance has been enhanced through ring material and running surface improvements (See my articles on this topic in Pumps & Systems, June 2009, August 2014, August 2017).

Many ring materials, coatings, surface features and surface treatments have all been invented and applied to mitigate “failures” and extend seal life.

However, none of them will prevent the failure modes due to the root causes in No. 3. They will only buy the seal more time before it becomes damaged beyond usability.

5. Operate Your Pump and Seal Within Design Limits.

The root causes in No. 3 usually occur when the pump is operated outside of its design envelope. The issues raised year after year in the pump and seal user discussion groups can usually be traced to operating the pump outside of its limits. Every pump and seal application is unique. There is no way to document them all.

Because of this, new users should seek out experienced users in their company to access the institutional knowledge those senior engineers have gained.

They should also seek out noted industry experts such as Heinz Bloch, Lev Nelik and Jim Elsey. These guys have decades of experience and are prolific writers (including in this publication) whose articles are valuable to avoid typical pitfalls. The mysteries surrounding mechanical seals have caused a lot of misunderstanding and misinformation.

So all users, especially new ones, should also seek out and read the writings of mechanical sealing authorities such as Alan Lebeck, Richard Salant, the Fluid Sealing Association and its technical director Henri Azibert.

Build a network by attending conferences along with meeting other users and industry experts and listening to their experience.

Mark Slivinski is president of Carbide Derivative Technologies Inc., winner of Frost & Sullivan’s Entrepreneurial Company of 2016 in Mechanical Seals Frictional Surface Treatment. He is also former vice president of Global Technology for John Crane International and may be reached at mslivinski@carbidederivative.com. For more information, visit carbidederivative.com.