In many processes, valves are used as a way to control flow—but they also must seal leakage from the stuffing box and operate freely to keep the plant running properly. Packing success and valve operability need accurate gland loading to perform correctly. Packing friction is a byproduct of tightening packing that needs to be compressed. If left unattended, issues can arise.

On September 9, 2010, a 30-inch diameter natural gas pipeline ruptured in San Bruno California causing a massive fire that killed eight people. The accident released 47.6 million cubic feet of natural gas and also destroyed 38 homes in the residential area (see Image 1). Many small missteps occurred that resulted in this accident and caused loss of life. One misstep that does not get much attention is packing friction that created problems with control valves. The pipeline pressure experienced extreme oscillations, resulting in the pressure levels in the pipe that exceeded the limits the pipe could safely contain. 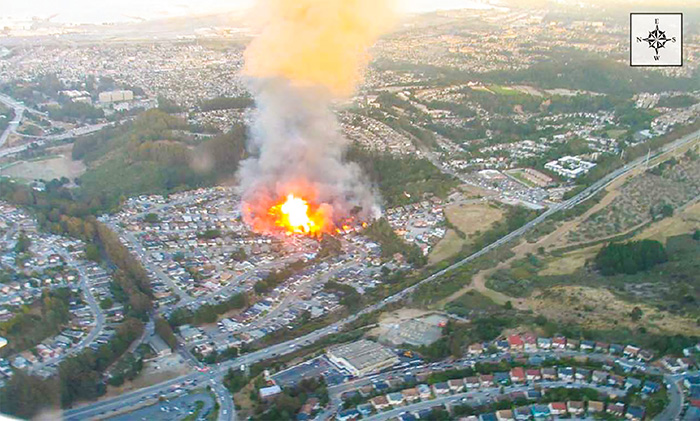 On the afternoon of the explosion, an employee was working on the electrical distribution system by replacing the uninterruptible power supply (UPS) that powered some data acquisition equipment and the control valve electronics. Something happened that interrupted any signal and power to the control valves; it caused the main control valve to fail in the open position. The remaining online analog control valve had to handle the entire load, and this caused extreme pressure cycling.

Pressure cycling is common in control valves when the packing friction exceeds the normal actuator range. System pressure cycling occurs when the actuator builds higher than normal pressure to move the stem but overshoots the target amount movement. Then, the opposite happens when the actuator pressure needs to be decreased but too much air is released and stem movement overshoots the target again. This cycling effect is commonly seen in many control valves and is a real-life problem. The main culprit can be traced to stiction, or high static friction, as compared to dynamic or running friction

The problem can be reduced by proper valve actuator sizing but also by packing design. Certain packing constructions have lower frictional values than others reducing the difference between static and dynamic friction values.

During the last 20 years, the valve packing industry has used new technology to make great strides in emissions sealing. With changes in packing materials, manufacturing and testing, valves have been able to handle the emission challenges, reducing leakage from 10,000 parts per million (PPM) to 100 PPM.

The next challenge that the industry faces is to have the same type of breakthrough reducing packing friction while keeping the current sealing level. In many plants, control valves have a vicious cycle of adjustments of the gland follower to provide better operability (less friction) for the air operated valve (AOV), but this practice often results in more leakage. Leakage from the valve occurs because stress needed to create a seal falls below the minimum required. Then the valve is adjusted again to put more load on the gland because of the excessive leakage, which results in higher friction—starting the whole process again.

This cycle is a serious issue that is exacerbated by a lack of communication among many groups. The best solution is to specify an appropriate gland load to create a long-lasting seal. It all begins with a proper torque and estimated friction value from a packing manufacturer. With this critical information, plants can see if the actuator is properly sized for the packing friction and still maintain low leakage levels.

Almost 40 years ago it was commonplace for a valve to be tightened by “mechanic’s judgement,” using only a wrench. This method resulted in a wide variance of gland load being applied without any real sense of the actual magnitude of the stress applied to the packing. Also, there is no significant repeatability of applying the same force by hand even from the same mechanic, though the assumption is that it can.

Leakage issues were prevalent, and maintenance people saw many injuries from leaking valves, including burns and even deaths. The reaction was to tighten the valve as tight as possible—sometimes using a cheater bar on the end of a wrench. Applying extreme loads can bind the stem, increase packing friction, and damage valve parts including the gland and stem.

One of the first steps to address the situation was for valve packing manufacturers to create a calculated force needed to create a seal and then convert that into a toque value for the studs. This change really started with the Electric Power Research Institute (EPRI) landmark study on packing performance for the nuclear industry in the mid 1980s. The report focused on poor maintenance practices including inaccurate gland loads and demonstrated better results using more accurate methods, primarily relying on torque values.

Today torque values are used as the preferred method to apply gland load in most industries during packing installation. Accurate loading is the most important factor for packing performance and life. There are still limitations including inaccuracy of lubrication and flat washer usage. Both are needed to get a more accurate transfer of load. Torque is not tension.

The next generation of accuracy in loading uses calibrated bolts or disc spring heights to get a true tension value. This is important when analyzing some of the limitations with torque. For example, a bent thread can result in a poor transfer of load resulting in a false positive torque application. Another example is tightening a bolt in service where the dried anti-seize will give a different value for friction, also resulting in a false positive torque-to-tension relation. Another benefit of a gland load sensor device is that it allows for a walk down process for operators and maintenance personnel to adjust gland loads while the valve is in service (see Image 2). Otherwise, it is impossible to know at a glance if a valve is at 90 percent or 10 percent of its required gland load. Increasing the gland load to original levels before a leak path is formed creates a longer packing life. 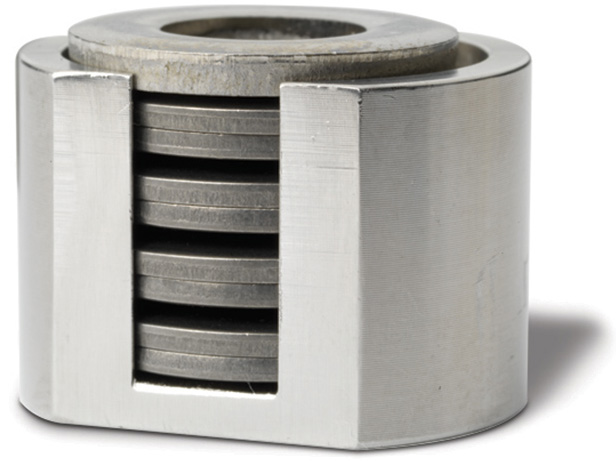 Valve manufacturers use ergonomic data on the arm strength of a typical operator to create a maximum force that can be applied by the diameter of the hand wheel. When an extender/valve wrench is used, it creates more force than the valve is designed for, and it voids the warranty. Tolerances and stiffness of the stem are designed to the maximum forces that can be applied with the hand wheel size. Using these wrenches can also put undue stress on the operator and can cause injuries. The best way to address this issue is with training on accurately tightening valve packing with predicable friction levels.

In the near future, plants will enjoy more accuracy on control valves without making adjustments. Also, they will have excellent sealing with manual valves that can be adjusted with a hand wheel. This will happen by using the next generation of gland load indication technology for critical valves, including calibrated bolts or disc spring heights.

Ron Frisard graduated from Northeastern University in Boston with a degree in mechanical engineering technology in 1989. He has worked for the A.W. Chesterton Company for the last 26 years. He is currently focused on global product line management for both rotating and stationary sealing.

Seals
Fugitive Emission Testing of Flange Gaskets
Examining the standards that guide gasket testing.
Seals
How to Contain Mixers & Agitators
Air seals prevent powder and slurry leakage in safety-focused and harsh industries.
Seals
Influence of Bearing & Seal Characteristics on Pump Vibrations
Understand the process of evaluating bearing and seal hydrodynamic and mechanical characteristics, as well as its modeling, in the frame of rotor dynamics analysis.
Seals
Ensure Pump Reliability Is Inbuilt, Not Just an Afterthought
Select sealing systems that ensure reliability, sustainability and cost-efficiency are built into pumps and processes at the outset.
Seals
Why You Need Strong Seals in Harsh Applications
Protecting equipment and the environment requires adequately sealing the process and lubricant.