Rotary positive displacement (RPD) pumps theoretically displace a fixed amount of fluid per revolution. However, some loss in output is typically caused by the fluid slipping past the rotors. The difference between the quantity displaced (Qd) and the actual output quantity (Q) is slip (Sq). The volumetric efficiency of RPD pumps depends on the percentage of slip to the total quantity displaced. The total output quantity as a percentage of the quantity displaced is the pump's volumetric efficiency. The principle determinants of slip in the normal range of a pump's operation are:

Slip does not increase as pump speed increases, although the displaced quantity does increase. As a result, the faster a RPD pump is operated, the greater the volumetric efficiency, as illustrated in Table 1.

Unfortunately, operating an RPD pump at the upper end of its normal range may be counterproductive. High speed will produce rapid wear if the fluid is abrasive, creating greater slip with time.

Shear-sensitive fluids may be adversely affected by high pump speeds, even though RPD pumps are generally low shear. High pump speed operations may not provide enough time for highly viscous fluids to fill the pumping cavities completely. This will cause a reduction in the output quantity.

A manufacturer of rotary lobe pumps (positive displacement rotary pumps) produces pumps equipped with nitrile rubber (NBR) coated lobes, although some are hydrogenated nitrile butadiene rubber (HNBR), fluorocarbon (FKM) and solid metal lobes. For many years, the manufacturer tested each pump in a test pond to ensure the pump met the published curve for flow and horsepower at the duty point for pumping fresh water, which is close to a viscosity of 1 centipoise (cP).

However, through 2013, this manufacturer had not tested the pumps to determine the effect of higher viscosities on output and horsepower (HP) in part because many of its customers were unable to supply the viscosities of their fluids.

For example, municipal sludge's viscosity depends on the temperature, percentage of solids, sludge type and how long the sludge has been stationary. The slip and HP required to move municipal sludge are typically estimated from practical experience based on the type of sludge and percentage of solids. With time and experience, however, many end users can provide the minimum and maximum viscosities of their fluids. Up to 2013, the manufacturing team estimated the effect of viscosity using Equation 1.

Slip is a function (K) of the differential pressure divided by the viscosity. The manufacturer estimated K based on other pumps' published data. By the end of 2013, however, the manufacturer decided to determine the effect by direct testing.

In 2014, the company's quality control manager and plant manager, under the supervision of the vice president of engineering, conducted extensive tests to determine slip using one of the manufacturer's rotary lobe pumps. The selected pump model had a displaced quantity of 34 gallons per 100 revolutions. The tested pump was equipped with new 70-durometer, NBR lobes.

The advantage of rubber-coated lobes is that they are compressible enough to permit a very close fit with the pump housing. This close fit permits the pump to create a strong vacuum that results in the ability to self-prime up to 25 feet. The compressible rubber coated lobes also allow the pump to pass small hard solids without damage. The disadvantage is that, under high pressure, the rubber coating will compress and increase slip.

The pump housing and wear plates are made from hardened metals. For all tests the pump was operated at 300 rpm at multiple differential pressures from 1 to 75 pounds per sqaure inch (psi). The test team used recently certified vacuum and pressure gauges to determine the differential pressure and recorded barometric and fluid temperature before each test.

At each psi level, multiple tests were conducted to determine the effect of the fluid viscosity on slip. The viscosity of the test fluid was determined by evaluating a 1-liter sample on the viscometer spindle. The viscosities tested ranged from 1 to 1,912 cP. Periodically, certified viscosity fluids were used to ensure that the spindle was properly calibrated.

The team also determined slip at 25 psi differential pressure at different viscosities. At 1 cP, the slip equaled 24.5 percent of the displaced quantity, which was the maximum slip percentage. The test showed a steady decline in slip as the percentage of this maximum as the viscosity increased (see Figure 1). At 401 cP, the slip was 2.8 percent. The change in viscosity explained 95.2 percent of the change in slip. 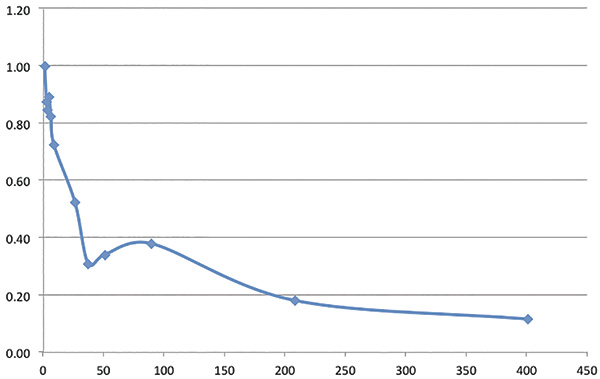 Figure 1. Slip percentage of the maximum quantity at 25 psi

Based on the published information and pump handbooks, the team also expected to find a similar drop in the slip percentage as the viscosity increased at higher pressures. The team discovered that the higher the pressure, the lower the drop in slip percentage as a result of higher viscosity. For example, at a differential pressure of 50 psi, the team found the results shown in Figure 2.

Figure 2. Slip percentage of the maximum quantity at 50 psi

The testing revealed that fluid viscosity was less effective in sealing the test pump at higher pressures. This is assumed to have occurred because the rubber coating on the lobes compresses more at higher pressures. This test showed the decline in effectiveness of viscosity sealing the pump closely correlated with the pressure increase (R2 = 0.965) and is, therefore, easy to model. The team plans to conduct similar tests with metal lobes to see if the results are different.

Bill Blodgett is president of LobePro Rotary Pumps. He holds undergraduate and graduate degrees in economics and finance from University of Pennsylvania and the University of Chicago. Blodgett is the 1987 winner of Northwood University's National Business Leader Award, the former director of Entrepreneurship and current treasurer of Palm Beach Atlantic University and is active in many charitable organizations. He may be reached at billb@lobepro.com. For more information, visit lobepro.com.