In February, the Institute for Supply Management’s Purchasing Managers’ Index (PMI) increased to 49.5 percent from the January reading of 48.2 percent but remained in contraction territory for the fifth month in a row. The New Orders Index, a forward-looking component of activity, remained positive at 51.5 percent for the second consecutive month. Twelve of 18 industries reported growth in new orders, including textile mills, wood products, furniture and related products, machinery, plastics and petroleum. A chemicals producer noted that U.S. business demand is solid, but international demand is soft. 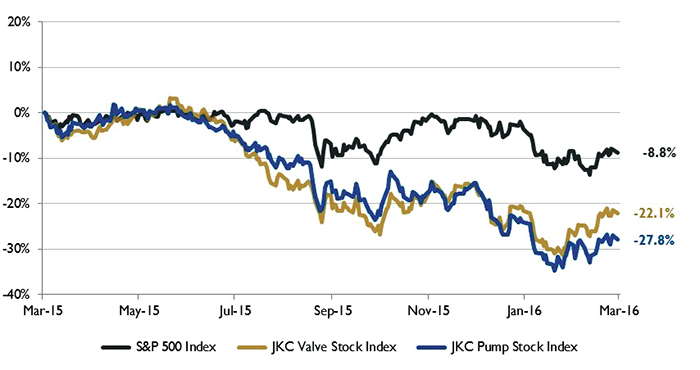 The U.S. Department of Labor reported that the U.S. economy added 242,000 jobs in February and revised January’s nonfarm payroll number up to 172,000. Job gains in December and January were revised up by a combined 30,000 jobs. Sizable job gains were observed in retail, education, health care, and leisure and hospitality, while manufacturing employment lost 16,000 jobs and mining was down 19,000 jobs in February. The unemployment rate remained stable at 4.9 percent. The ongoing pace of solid job growth implies continued support to economic growth from consumer spending. The labor force participation rate has risen 0.5 percentage points since September to 62.9 percent in February. 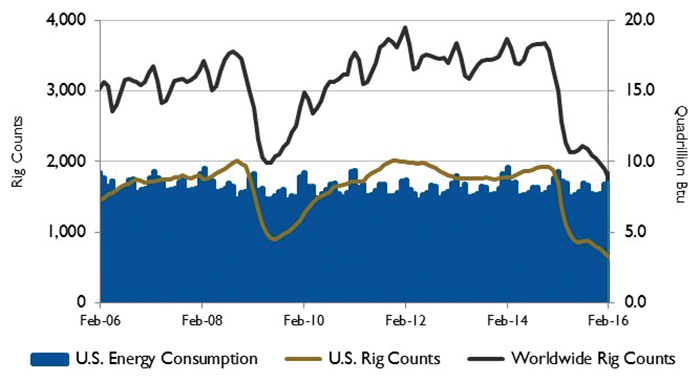 Along with the decline in active drilling rigs, U.S. oil production has generally declined month to month since April of last year, when it reached a 44-year peak of almost 9.7 million barrels per day, as reported by the U.S. Energy Information Administration. In December, crude oil production averaged 9.3 million barrels per day, which was down 166,000 barrels per day from December 2014. Lower crude oil prices,  which have declined more than 70 percent since the summer of 2014, have contributed to the decline in both production and drilling activity. 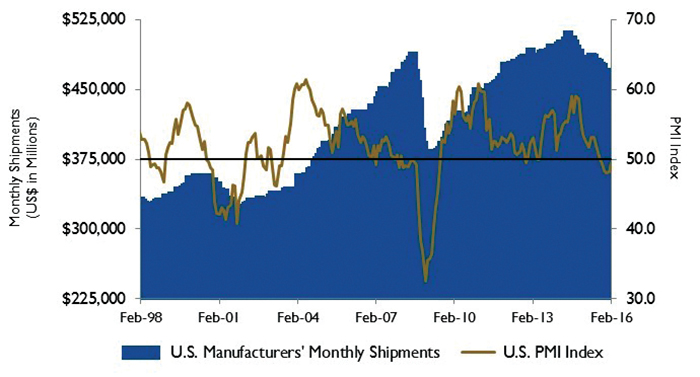 Jordan, Knauff & Company is an investment bank based in Chicago, Illinois, that provides merger and acquisition advisory services to the  pump, valve and filtration industries. Please visit jordanknauff.com for further information. Jordan Knauff & Company is a member of FINRA.