The Jordan, Knauff & Company (JKC) Valve Stock Index was up 8.1 percent over the last 12 months, while the broader S&P 500 Index was up 13.2 percent. The JKC Pump Stock Index increased 1.5 percent for the same time period.1

U.S. gross domestic product (GDP) expanded at a 2.5 percent annual rate in the last three months of 2017, a deceleration from the third quarter’s 3.2 percent pace. The economy grew 2.3 percent in 2017, above the 1.5 percent seen in 2016. Consumer spending grew 3.8 percent in the fourth quarter, the quickest pace since the last quarter of 2014, following a 2.2 percent rate growth in the third quarter. Growth in business spending on equipment rose 11.8 percent during the fourth quarter, the fastest pace since the third quarter of 2014. 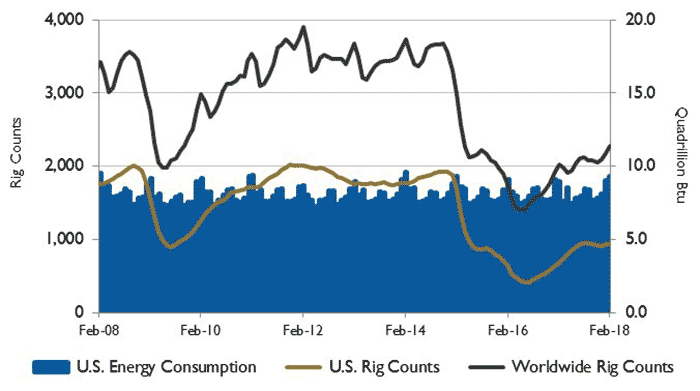 In February the Dow Jones Industrial Average, the S&P 500 Index and the NASDAQ Composite decreased by 4.3 percent, 3.9 percent and 1.9 percent, respectively. Investors worried the Federal Reserve Bank might institute an interest rate hike, due to strong wage growth, a tighter labor market and the possibility of a rise in inflation. Rising bond yields also diminished stocks’ appeal. 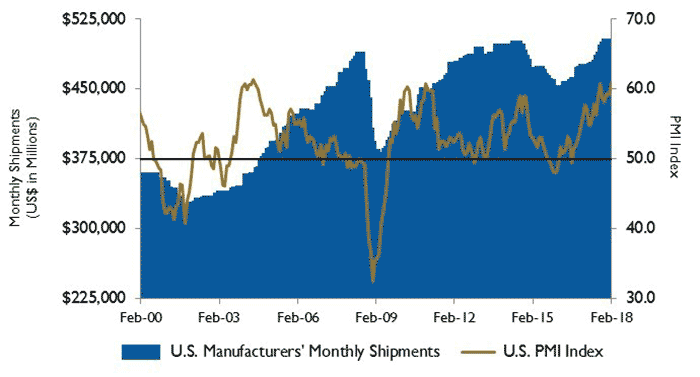 Reference
1 The S&P Return figures are provided by Capital IQ.