The Jordan, Knauff & Company (JKC) Valve Stock Index was up 18.1 percent over the last twelve months, while the broader S&P 500 Index was up 15.2 percent. The JKC Pump Stock Index increased 21.5 percent for the same time period.1

The Institute for Supply Management’s Purchasing Managers’ Index (PMI) increased strongly from 54.9 percent in May to 57.8 percent in June, its highest reading since August 2014. Comments from the survey generally reflect an expanding business environment with new orders, production, employment, backlog and export orders all growing during the month. New orders grew 4.0 percent, production increased 5.3 percent and export orders rose 2.0 percent. The employment reading reached a 15-month high rising 3.7 percent during the month.

U.S. refineries are currently running at record high levels with gross inputs of 17.6 million barrels per day for the week ending June 9. Weekly U.S. gross inputs to petroleum refineries (known as refinery runs) have exceeded 17 million barrels per day only 24 times since 1990 with all of those instances occurring since July 2015. Despite these record high inputs, refinery utilization reached only 95 percent for the week ending May 26, due to increases in refinery capacity in recent years. U.S. refinery capacity has increased by 659,000 barrels per calendar day since mid-August 2015. Refinery capacity represents the amount of input that a crude oil distillation unit can process in a 24-hour period under usual operating conditions. 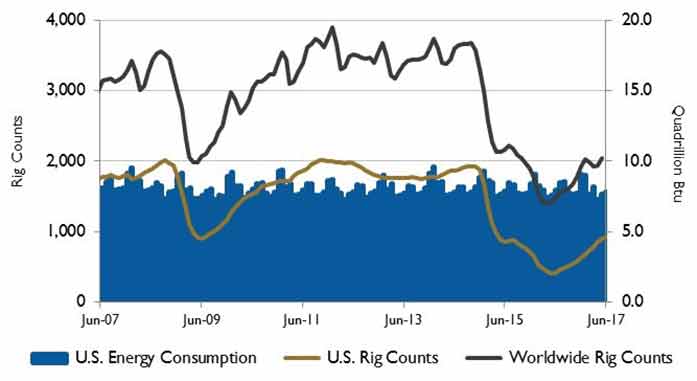 The U.S. exported 1.1 million barrels per day of crude oil in February, the highest monthly level recorded. In December 2015, restrictions on U.S. exports were lifted and the country exported an average of 520,000 barrels of crude oil per day in 2016. Favorable price differentials, lower shipping costs and rising U.S. production also contributed to the rise in exports. Canada remains the largest destination for U.S. crude oil exports with the Netherlands, Curacao, China, Italy and the United Kingdom following. Canada’s share of U.S. exports dropped from 92 percent in 2015 to 58 percent in 2016. 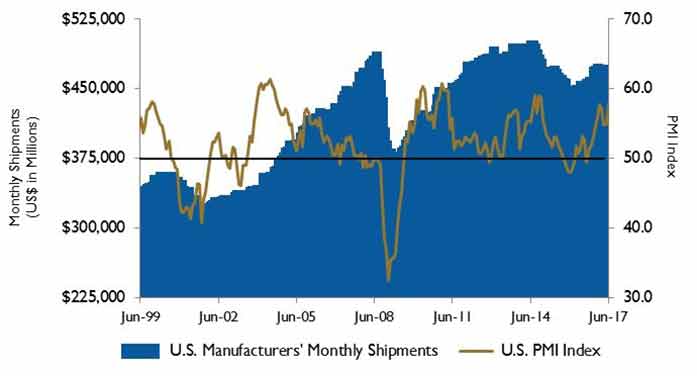