The Jordan, Knauff & Company (JKC) Valve Stock Index was up 14.9 percent over the last 12 months, while the broader S&P 500 Index was up 23.8 percent. The JKC Pump Stock Index increased 9.2 percent for the same time period.1

The Institute for Supply Management’s Purchasing Managers’ Index (PMI) fell slightly in January, dropping to 59.1 percent from 59.3 percent in December. The Production Index remained above 60 percent for the eighth consecutive month at 64.5 percent. New Export Orders rose to 59.8 percent, the highest reading in almost seven years. The Prices Index rose 4.4 percent over the month, rising to 72.7 percent, a reading not seen since 2011. 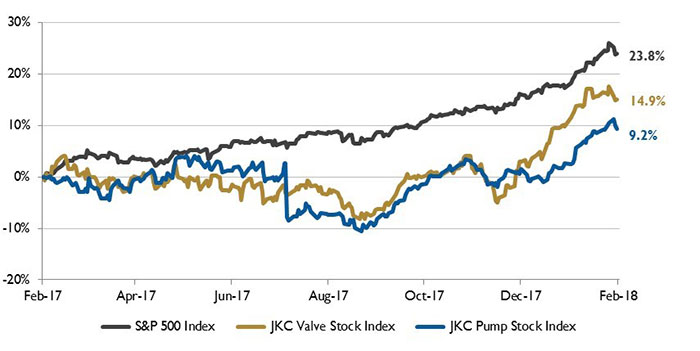 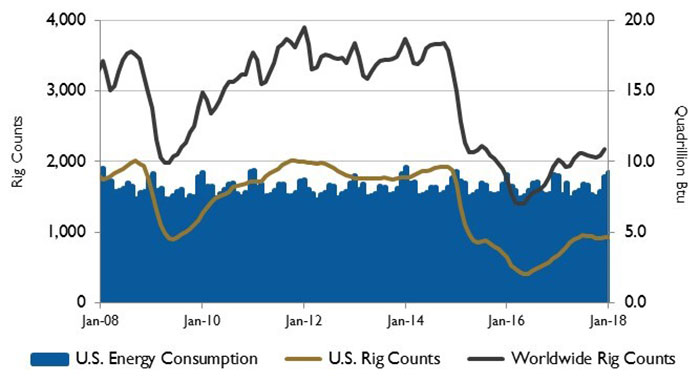 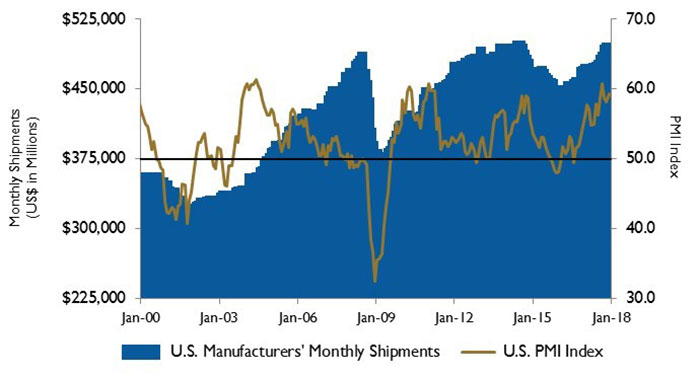 On Wall Street for the month of January the Dow Jones Industrial Average rose 5.8 percent, the S&P 500 Index increased 5.6 percent and the NASDAQ Composite grew 7.4 percent. The markets’ strong performance was the result of an upbeat fourth quarter earnings season, the passage of the Tax Cuts and Jobs Act of 2017 that cut corporate tax rates, and the Federal Reserve Bank’s encouraging outlook for the economy.