The Jordan, Knauff & Company (JKC) Valve Stock Index was up 22.1 percent over the last 12 months, while the broader S&P 500 Index was up 12.7 percent. The JKC Pump Stock Index increased 11.5 percent for the same time period.1

The Institute for Supply Management’s Purchasing Managers’ Index (PMI) increased to 51.5 percent in September from 49.4 percent in August. The New Orders Index rose 6.0 percent during the month, moving from 49.1 percent to 55.1 percent. The Production Index also grew 3.2 percent, reaching 52.8 percent for the month. All three of these indices moved from contraction to expansion territory. The average reading of the PMI over the last 12 months is 50.3 percent.

The Commerce Department reported that U.S. gross domestic product grew 1.4 percent on an annual basis in the second quarter. Growth in overall business investment showed a 1.0 percent annual rate of expansion, the first gain since the third quarter of last year. Consumer spending was robust, rising 4.3 percent at an annual rate. 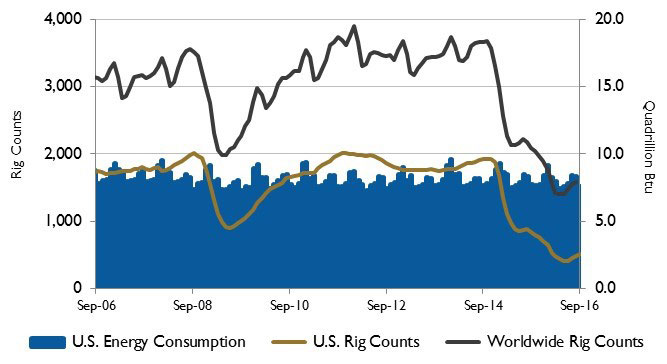 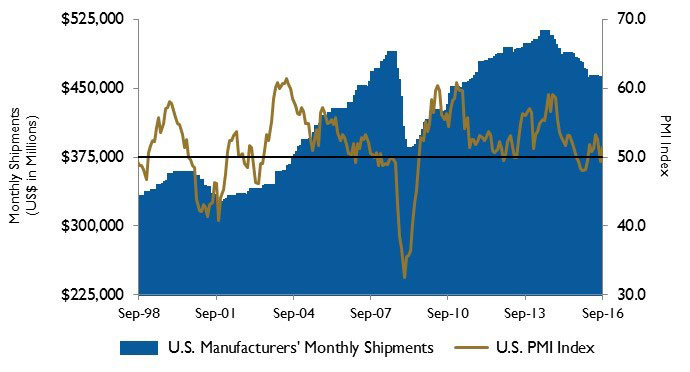 On Wall Street, the Dow Jones Industrial Average and S&P 500 Index declined 0.8 percent and 0.1 percent, respectively, in August. The NASDAQ Composite rose 1.7 percent. For the third quarter, the Dow, S&P 500 and NASDAQ all gained, rising 2.1 percent, 3.3 percent and 9.7 percent, respectively. The markets rebounded as corporate earnings were better than expected and the Federal Reserve reduced concerns over an interest rate increase. Hopes of a crude oil production freeze were increased when OPEC members agreed that they needed to decrease output.