The Jordan, Knauff & Company (JKC) Valve Stock Index was down 19.3 percent over the last 12 months, while the broader S&P 500 Index was up 1 percent. The JKC Pump Stock Index fell 15.2 percent for the same time period.1

Survey respondents’ references to the trade war and tariffs were widespread across industries and remains a significant issue as indicated by the strong contraction in New Export Orders, which fell 4.8 percentage points to 43.3 percent. Of the 18 manufacturing industries surveyed, only nine reported growth in August.

U.S. industrial production slowed 0.2 percent in July although the prior month’s reading was revised upward by 0.2 percent. Manufacturing output fell 0.4 percent in July, the fifth monthly decline in the first seven months of the year. The trade war with China and the related slowdown in global growth have weighed on the sector. 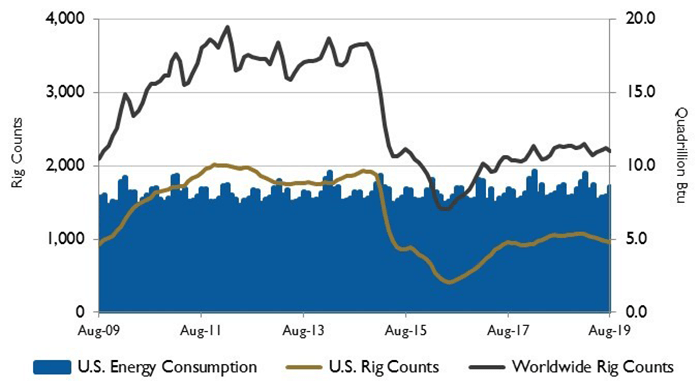 U.S. crude oil production increased by nearly 11 million barrels per day, with production in the Permian region of western Texas and eastern New Mexico contributing most of the growth. 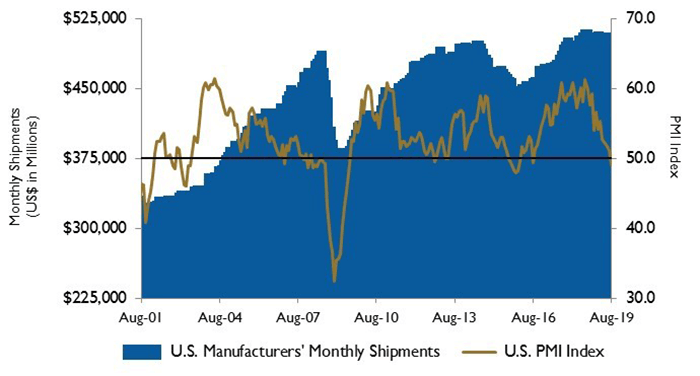 On Wall Street, the Dow Jones Industrial Average, the S&P 500 Index and the NASDAQ Composite lost 1.7 percent, 1.8 percent and 2.6 percent, respectively, in August.

The intensifying trade conflict between the U.S. and China was a concern for equity market investors as China announced import duties on U.S. agricultural products.