Why Cavitation Is Damaging | Pumps & Systems Skip to main content

Why Cavitation Is Damaging

Many publications discuss the causes and cures of cavitation, but few address the reason those bubbles are so destructive.

Boiling is the precursor to cavitation in a centrifugal pump. Boiling is not necessarily a bad thing, but if those bubbles don't burst, a very powerful force can arise. Boiling is one way that a liquid can undergo a "change of state" and transform itself into vapor.

Liquid water, and the water vapor bubbles that form during boiling, contain the very same molecules. The major difference between the two is the energy level of the molecules and the resulting volumes they occupy as a result of that energy. Vapor molecules have a much higher energy level. Their rapid and extended movements require a much larger volume than their liquid counterparts.

Boiling, and the formation of these vapor bubbles, occurs when the energy of a liquid water molecule reaches a level that is greater than the pressure of the surrounding water and that of the atmospheric pressure acting on its surface. Most of the time, we tend to associate this process with the addition of heat, but in the pump industry a reduction in pressure is often the major factor.

At sea level, where atmospheric pressure is 34-ft, a pot of water will boil at 212-deg F. The volume of the vapor bubble that forms at 212-deg F is approximately 1,673 times that of its liquid counterpart at the same temperature. When it rises to the surface, it bursts and releases both heat and pressure energy. Heat is the major component of this energy release. The shock wave that is generated by the burst is extremely small because the pressure in the bubble is just slightly more than one atmosphere, and its energy release is in all directions above the surface of the water.

If you move this same pot to Denver (elevation 5000-ft), you will find that the water boils at about 203-deg F. The lower boiling point is due to the increased elevation and its correspondingly lower atmospheric pressure of 28.2-ft. Less energy, in the form of heat, is required to produce a change of state when the pressure on the water's surface is lower. If you continue to reduce that pressure, the boiling point is reduced proportionally, and at about 0.2-ft water is happy to boil at its freezing point.

The reverse is also true: increase the pressure on the surface to more than one atmosphere and the boiling point will increase accordingly. If an increase in pressure occurs during the boiling process, it can stop a vapor bubble from bursting. Instead, it will collapse and return to its original liquid state.

A similar event occurs in the centrifugal pump during cavitation. Suction cavitation, the most common and predictable form, occurs when NPSHa falls below the vapor pressure of the water in the pump's suction (vapor pressure is the pressure required to keep water in the liquid state at a given temperature). The areas most sensitive to this type of cavitation tend to be the low pressure sides of the impeller vanes at the inlet. In this area vane curvature is greatest and, when water flows over them, the pressure near their surfaces is reduced.

If the pressure is low enough, vapor bubbles can form (due to boiling) and then collapse, a fraction of a second later, as they enter an area of slightly higher pressure. When a water vapor bubble collapses, its energy release differs drastically from that of a burst. Unlike a vapor bubble that bursts on the surface, a collapsing bubble actually changes back into a liquid state. Although heat is a component of this change of state, the cavitation shock waves that are generated during the collapse are the major forces.

The Shock Wave of Cavitation

Shock waves are formed by collisions among the surrounding water molecules that rush in to fill the void caused by the collapsing bubble, and several factors contribute to wave intensity. Research shows that the life span of a cavitation bubble (from formation to collapse) is about three milliseconds (three one-thousands of a second), so this event occurs rapidly. The more rapidly the surrounding water collides, the greater its energy.

The size of a cavitation vapor bubble can also be much larger than one that occurs during the normal boiling process at sea level. For example, at 68-deg F (a typical pumping temperature), the vapor bubble formed by cavitation is almost 35 times larger than one produced at 212-deg F! A larger bubble means that a greater mass of water will collide.

Figure 1 is a series of 18 photographs that shows the progressive collapse of a vapor bubble. Stage 1 shows a nearly spherical bubble that begins to flatten in Stage 2. This trend continues through Stage 18, which is just prior to total collapse. 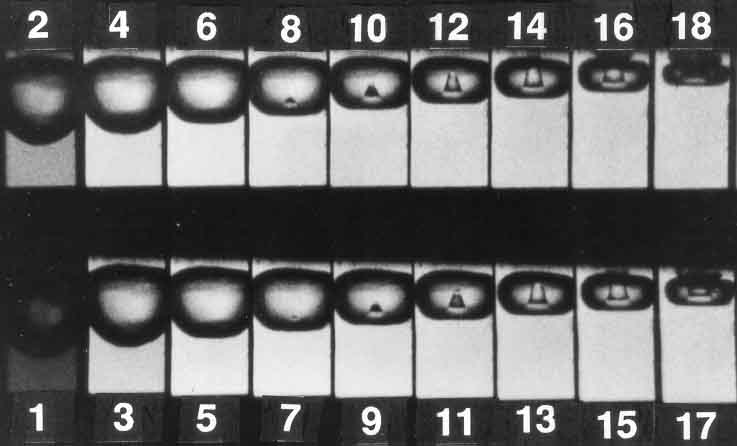 Figure 1. From "Cavitation and Bubble Dynamics" (Oxford University Press 1995) by Christopher Brennen; available as a free download at http://authors.library.caltech.edu/view/types/book.html.  Photographs were first published by Y Tomita and A Shima (1990). Reproduced with permission of the author.

Note that an interesting event begins in Stage 7, where a small indentation begins to form on the bottom of the bubble. This formation, known as a "re-entrant micro jet," forms on one of the flat surfaces and continues to grow in size through Stage 13. In Stage 14, this jet breaks through the upper surface of the bubble and directs the force of collapse in a single direction.

Research has also shown that when a bubble collapses near a solid boundary (vane or shroud), the direction of the micro jet will, almost always, be towards that boundary. In other words, the entire energy of collapse is directed at a microscopic area of the impeller's surface and metal erosion occurs.

This combination of highly concentrated energy and focused direction makes a collapsing bubble so destructive. Even if the bubbles collapse well above the surface of the impeller and erosion is avoided, the cavitation shock waves can still cause severe vibration which can lead to other forms of pump damage.

Joe Evans is the western regional manager for Hydromatic Engineered Waste Water Systems, a division of Pentair Water, 740 East 9th Street Ashland, OH 44805. He can be reached via his website at www.pumped101.com. If there are topics that you would like to see discussed in future columns, drop him an email.