These applications highlight how ozone is a flexible treatment method that provides plant operators with an efficient and reliable disinfection solution.
by Tim Puehmeier
Xylem
05/01/2017

The effects of endocrine substances and persistent micropollutants on our ecosystem often demand an extensive treatment solution. Ozone is one of the most powerful commercially available oxidants and is commonly used for municipal water and wastewater treatment.

Pollutants, colored substances, odors and microorganisms are directly destroyed by oxidation without creating harmful chlorinated byproducts or significant residues. By decomposing to oxygen as it reacts, ozone provides a cost-effective and sustainable alternative to oxidation involving chlorine, absorption or other separation processes.

By combining ozone with ultraviolet (UV) or peroxide, advanced oxidation processes (AOPs) reduce even the most persistent substances. AOPs help to render other previously nondegradable water pollutants harmless. These benefits are driving the use of ozone in applications beyond water and wastewater treatment, including reuse, sludge removal, process water and cooling water.

Image 1. Ozone generator with a maximum ozone production capacity of 21,600 gallons an
hour from liquid oxygen at a concentration of 12 percent by weight at Langenau, Germany (Images courtesy of Xylem)

The use of ozone is often the most effective process for providing quality drinking water. In addition to eliminating bacteria, viruses, and most other organic and inorganic contaminants, ozone leaves neither chlorinated byproducts nor unpleasant chemical tastes or odors.

The following applications offer insight into ozone as a sustainable oxidant and as a flexible treatment method that provides plant operators with a cost-effective, efficient and reliable disinfection solution.

The plant treats the drinking water supply for more than 250 cities and towns, including Stuttgart, Ulm and Aalen, with an annual output exceeding 90 million cubic meters (m3), or about 23,775 million gallons per day (mgd). River water from the Danube River is disinfected using a combination of flocculation, ozonation and multilayer filtration.

The system selected for the upgrade consisted of an ozone generator with a maximum ozone production capacity of 21.6 kilograms per hour (kg/h), or 1,143 pounds per day (ppd), of ozone from liquid oxygen (LOX) at a concentration of 12 percent by weight. Ozone is injected using a complex system of injectors followed by several static mixers, covering a large range of flow conditions and providing standby capacity. The system has facilitated treatment of a raw water flow of up to 7,200 cubic meters per hour (m3/h), or 46 mgd, with an ozone dosage of 3 grams per cubic meter (g/m3) for disinfection, odor removal and improvement of taste. 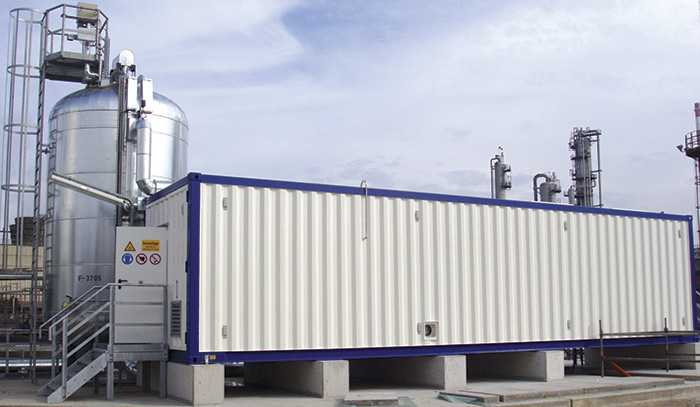 Ho Chi Minh City relies largely on rivers for its public water supply, with raw water taken from the Dong Nai and Saigon rivers, both of which are polluted by discharges from residential areas, hospitals, factories, waterway transport vessels, farms and even garbage dumps, according to a November 2013 study by the Ho Chi Minh City-based Institute for Environment and Resources. The solution will use oxidation to directly destroy colored substances, odors and microorganisms, without creating harmful chlorinated byproducts or significant residues.

The upgrade will increase the plant’s productivity, enabling it to produce 300,000 cubic meters per day (m3/d), or 79 mgd, of drinking water that benefits 1.5 million Ho Chi Minh City inhabitants.

In 2012, five ozone systems, along with pumps, were supplied to optimize operations at an advanced tertiary treatment system at Melbourne Water’s Eastern Treatment Plant (ETP) in Australia. Now the continent’s largest municipal ozone plant and one of the world’s largest, the plant sits on 1,100 hectares (ha) and treats about 330 million liters of sewage a day (l/d), or 87 mgd—40 percent of Melbourne’s total sewage.

The new system gives ETP a peak ozone capacity of 625 kg/h (33,069 ppd) for a design flow of almost 30,000 m3/h (185 mgd). The plant produces a quality effluent that protects the marine environment and is suitable for non-potable reuse, including irrigation.

Ozone technology presents a highly effective solution for sludge treatment. The municipality of Ardea, Rome, recently launched a significant redevelopment program that included the creation of an efficient wastewater treatment service capable of treating wastewater for a population of more than 70,000.

Considering the plant at Ardea produced 3,000 tons of sludge per year, a key requirement of the wastewater treatment solution was sludge reduction to decrease disposal costs and man hours.

The ozone technology selected has resulted in a 43 percent reduction in the quantity of sludge being produced, saving more than €170,000 (about $187,000) annually. Man hours required to remove and dispose of sludge have significantly decreased. It also dramatically lowered the amount of filamentous bacteria.

Bayernoil in Germany produces quality products such as liquid gases, fuel, diesel, heating oil and bitumen from 12 million tons of crude oil annually. In pumping trials, Bayernoil identified three contaminated locations in its premises that showed groundwater and soil pollution with aromatic compounds. Benzene; o-, m- and p-xylene; and mesitylene were detected in average concentrations of 5 milligrams per liter (mg/l) and peaks up to 13 mg/l.

To meet the discharge limit set by the Bavarian authorities, the company needed to efficiently treat the contaminated groundwater prior to discharge into the Danube River. After a thorough comparison of predicted investment and operation costs, Bayernoil chose an ozone-based solution. Since its commissioning in July 2006, the ozone system has treated average flows of 1,200 m³/d (0.3 mgd) with peak flows up to 2,160 m³/d (0.6 mgd) at an average ozone dosage of roughly 20 g/m3, meeting the user’s requirements and discharge limits.

Depending on the wastewater composition and pollutant concentration, the ozone system can be operated from 5 to 100 percent, offering flexibility and lowering operating costs.

Tim Puehmeier is a product manager for Xylem specializing in ozone water treatment with responsibility for the Wedeco ozone generator portfolio and strategy. He joined Xylem in 2010 and has more than 12 years of experience in the water treatment sector. Prior to joining Xylem, he worked in surface water drainage. He holds a bachelor’s degree in chemical engineering, master’s degree in environmental sciences and a Ph.D. in biology from Coventry University.