Many of these factors relate to the ongoing instability in various parts of Europe, but in today’s interconnected global economy, innumerable current events and trends can impact the marketplace.
by Tom Angle
by Chris Angle
Hidrostal AG, Mechanics Bank
01/25/2017

As 2017 commences, several new factors have come into play in Europe and around the world that have the potential to impact the U.S. pump industry’s business significantly in the coming years. Many of these factors relate to the ongoing political/economic instability in various parts of Europe, but in today’s interconnected global economy, innumerable current events and trends can impact the industry. While this is not an exhaustive list, end users can expect the following six factors to affect the pump marketplace. 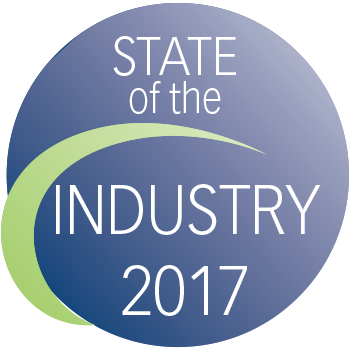 See more of our State of the Industry 2017 coverage.

The first major factor that could affect the industry in 2017 is Donald Trump’s election as U.S. president. As the nation awaits inauguration day, it is difficult to know how Trump’s administration will affect the economy in the long-term.

While it appears that a Trump White House could be less committed to maintaining the global business system that has existed in some capacity since World War II, how far the administration deviates from the status quo will help determine how the business climate in Europe will change.

If the Trump administration makes trading with Europe more difficult, the U.S. pump industry could face unforeseen consequences. On the other hand, if Trump’s policies treat European partners more as traditional allies with whom good relations are paramount, they could end up benefitting trade.

Trump’s apparent mercurial personality makes it difficult for pump companies to plan their European strategies given that the range of potential outcomes is much larger than what the U.S. would likely have with a more traditional president-elect.

The second major factor affecting the industry is Brexit. The vote of the British to leave the European Union (EU) sent shock waves throughout global markets. While the economic doomsday predictions that followed were overblown, the impact on European-American trade has yet to be determined and will largely depend on the final Brexit negotiations.

American pump companies doing business in Britain and the rest of Europe will face the challenge of operating in two different regulatory environments. Exactly how different they will be depends on the negotiations—the outcome of which remained unknown at press time. The Brexit vote has depreciated the British pound substantially, and this has made American exports into the U.K. less competitive at the very least (all things being equal).

Another issue is the rise of hard-right/anti-globalist parties in various parts of Europe. The free-trade paradigm that has been more or less in place in Western Europe since the end of World War II is being called into question. In 2017, France could end up with a president from the National Front, an anti-globalization party that, up until a few years ago, was not largely taken seriously. The migrant crisis—and Germany’s unpopular response to it—is fueling segments of the German political spectrum that are less sympathetic to open borders and free trade.

Across Europe, right-wing/anti-globalist parties that either were not taken seriously or maybe did not even exist 10 to 15 years ago are helping to set the agenda in many countries. The result is likely to be a Europe less open to free trade, which means that doing business in Europe may be more difficult in the future.

The fourth major factor is the resurgence of Russia. One of the major foreign policy challenges for the West is how to manage Russia’s attempts to flex its political and military muscle. A consequence is that Russian movements, which can be unpredictable, may have impacts on foreign currency markets for years to come.

There is some question regarding Trump’s commitment to the North Atlantic Treaty Organization (NATO). While Trump may have been hyperbolic on the campaign trail, any indication (true or not) that he is softer on NATO than prior U.S. presidents could cause Russian President Vladimir Putin to be more aggressive than he otherwise might have been. To the extent that the Russian threat to the Eastern European Union seems to be growing, this could cause a depreciation in the euro and make U.S. products sold in Europe more expensive.

Both current and possible future regulations for energy savings are themes on which the pump industry in Europe will remain focused. Currently, building circulators and certain other pumps have regulations in place regarding minimum efficiency requirements. Working groups in Europump (the European Association of Pump Manufacturers) are involved in defining proposed efficiency standards for wastewater and other types of pumps.

While getting agreement and implementing and enforcing these regulations across the EU can be challenging and time-consuming, these new rules will be implemented likely in the next three to five years. U.S. pump manufacturers must be aware of the ramifications regarding exporting product into the EU.

Other recent EU regulation changes and implementations will affect pump manufacturers. Recently new ATEX rules took effect. The changes basically modify definition and paperwork procedures, but it is important to be aware of the new requirements.

Important for those manufacturers that supply transmitting equipment with their pumps and motors, a new Radio Equipment Directive (RED) became applicable on June 12, 2016. New equipment placed on the EU market after this date must be in compliance with this directive. Equipment currently being marketed has until June 13, 2017, to meet the requirements.

Several other items on the horizon could affect pump manufacturers, but currently neither details nor hard implementation dates are in place.

Materials in Contact with Drinking Water: This is an attempt to standardize the allowable materials used in pumping, controlling and conveying drinking water across the EU. Currently, each member state has its own requirements, and exporters into Europe face an extremely complex situation. Studies have been ongoing for more than a decade, and no consensus has been reached concerning the standard and an implementation date.

Product Environmental Footprint (PEF): This is a carbon footprint defined as the total set of greenhouse gas emissions caused by the production, lifetime operation and disposal of a product. There is ongoing work on this initiative, and the pump industry, through Europump, is participating in the development of the calculation procedures to comply with an eventual European directive in this area. Practical implementation of such a directive is several years away.

Waste Electrical and Electronic Equipment (WEEE): This directive that became European law in February 2003 set goals for recycling all types of electrical and electronic goods—including all pump motors. Because it did not meet its goals, the initiative has been amended and now places the responsibility for a product’s final disposal on the manufacturer or distributor. At this point, only consumer goods are covered, but there is discussion regarding expansion into industrial products. At this time, pump manufacturers are excluded, but the pump industry in Europe is keeping a close eye on this issue. If the industry does come under this directive, the costs will be quite high.

Overall, doing business in Europe has been challenging over the last few years amid the financial crisis as one over-leveraged country after another has caused worry in the markets and the euro to depreciate. Many of those factors remain, and some new macro-factors have arisen that can add instability to the euro in the coming years. While companies experienced in doing business in Europe likely will not be forced to abandon the market (as some Brexit doomsayers have predicted or advised), their activities probably will be more challenging.

There are many unanswered questions and uncertainties. The political, economic and regulatory environments point to a future that can seem to be incomprehensible, and it is easy to fall into “doom-and-gloom” thinking. Steve Schofield, director and chief executive of the British Pump Manufacturers Association, provides important advice for the industry:

“Nobody knows what effect Brexit or Donald Trump becoming U.S. president will have on global markets. The current predictions are for growth across Europe to be around 0.5 to 1 percent for 2017 and ’18. The low oil price affects many sectors, and growth looks stagnant for the foreseeable future. Areas such as commercial, building service, water, and water and wastewater are expected to retain their current levels of business, and in some countries they are expected to grow further. The majority of pump manufacturers are now truly international with businesses set up in the majority of continents around the globe, so they can have a negative effect in one location and a positive effect in another. One thing is for sure: If you wish to move a liquid from A to B location, a pump will be required.”

Tom Angle is chief engineer for Hidrostal AG in Neunkirch, Switzerland. He has more than 40 years of experience in the pump industry. He has BS and MS degrees in engineering and is a Registered Professional Engineer in California. He is also a member of the Pumps & Systems editorial advisory board. He may be reached at tom.angle@hidrostal.ch or +41 526870687.

Pumps
Measuring Chemical Process Effluent
Effective wastewater treatment is critical to the health of ecosystems.
Pumps
Slow Down, You’re Moving Too Fast (Maybe), Part 2 of 2
It is important to know when a slow-speed pump may be a better option.
Pumps
Podcast: Basics of Sizing a Pump
Abhijeet Jain of Atlas Copco discusses why sizing is important, calculations and more.
Valves
Exploring the Benefits of Constant Pressure Pump Control Valves
Steady water pressure is important to daily functioning.
Motors
Why Users Should Pay Attention to the Motor Nameplate Rating
Learn the basics of a nameplate on a three-phase motor.