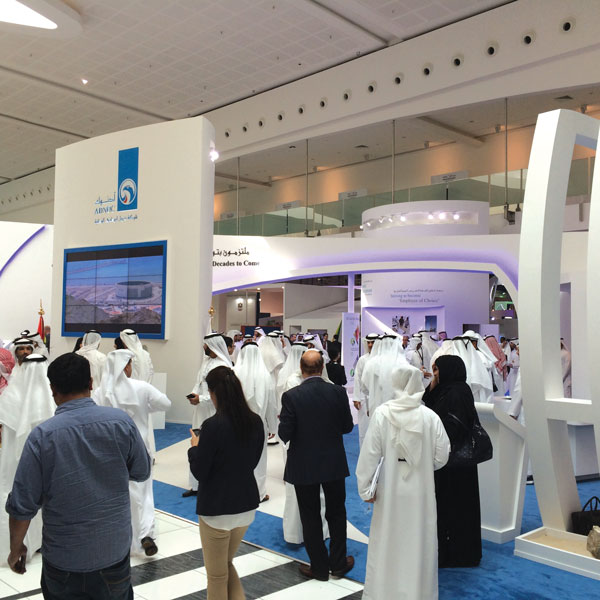 Under the patronage of the president of the United Arab Emirates, His Highness Sheikh Khalifa Bin Zayed Al Nahyan, ADIPEC celebrated its 30th anniversary as the premier platform for international oil and gas professionals.

The drop in oil prices was a topic of conversation among attendees, exhibitors and delegates. BP's Chief Executive Officer Bob Dudley addressed the press after his formal presentation to answer questions about how his company and other partners are responding.

"Oil prices have been stable for three years," Dudley said. "The reduction in the price of oil is something we are paying attention to, but it's not necessarily a bad thing. It creates more discipline, but for BP, no capital projects will change based on the $80 per barrel oil price. Some readjustments must be made, but we have a viable industry." 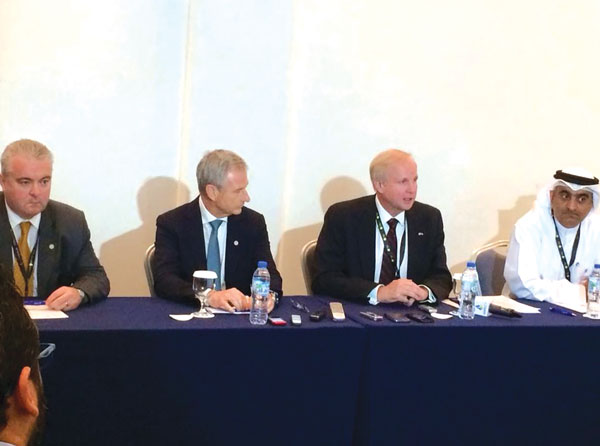 BP CEO Bob Dudley during a panel at ADIPEC 2014: "Oil prices have been stable for three years. The reduction in the price of oil is something we are paying attention to, but it's not necessarily a bad thing."

Since the conference, the oil price dropped as low as $60 per barrel in mid-December 2014.

"In 2008 the price of oil dropped from $147 to $37," Dudley said. "This is not like that. The upstream business may suffer a little, but the downstream end may benefit."

The annual ADIPEC Awards were a highlight of the show with 396 entries from more than 100 companies in 27 countries. Drydocks World Dubai received the annual ADIPEC Award for Best Oil & Gas Project for its construction of the world's deepest and largest subsea oil storage facility. The Best Oil & Gas Innovation or Technology was awarded to Schlumberger for its GeoSphere, a reservoir mapping technology that reveals subsurface bedding and fluid-contact details more than 100 feet from the wellbore.