Market forces and increasing regulatory demands have exerted considerable pressures on pulp and paper operations. As a result, mills are striving to achieve maximized equipment uptime and optimized plant productivity by focusing on process efficiency and machine reliability.

Turning to critical components that will influence the efficiency and reliability of pumps and machinery, pulp and paper plants are realizing the vital part rolling element bearings play in the papermaking process. 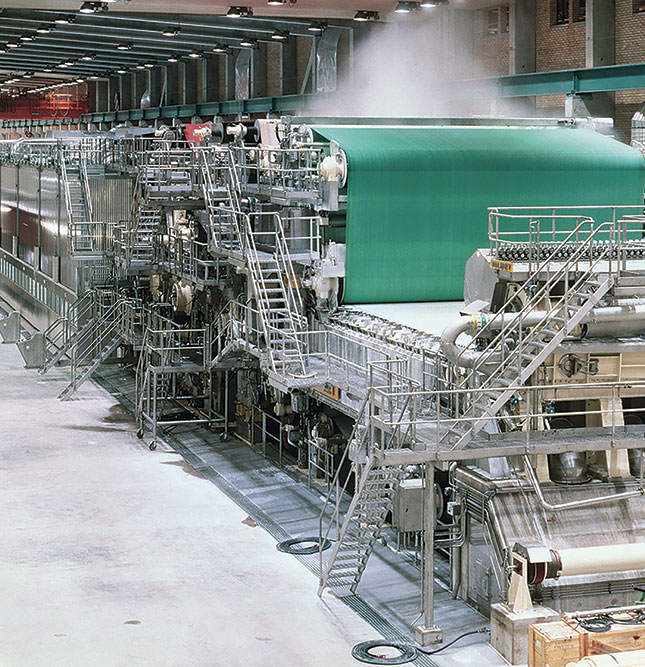 Image 1. Bearings play vital roles in promoting efficiency and reliability of pumps and machinery for papermaking with some larger paper machines incorporating as many as 1,500 bearings. (Images courtesy of SKF)

Larger paper machines, for example, can incorporate as many as 1,500 bearings. Regardless of their number, location and particular function in an application, the reliability and service life of bearings are inextricably linked to maintenance and operating conditions.

Abrasive wear is caused by the ingress of debris particles or inadequate lubrication. The nature of the foreign particles (hardness and size) and the severity of the contamination will influence the degree of material removal caused by abrasive wear. This wear results in removal of the original bearing surfaces and, at a macro level, a change to the internal bearing geometry. Increased friction and elevated operating temperatures usually accompany abrasive wear, resulting in bearing failure from surface initiated fatigue. Similarly, inadequate lubrication can result in asperity contact between rolling elements and raceways. 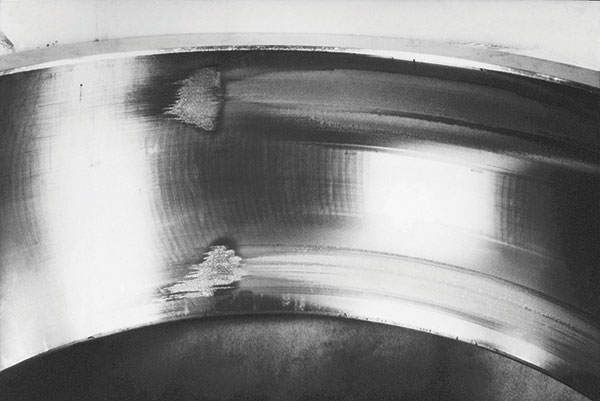 Image 2. Smearing on a bearing is the most dangerous type of surface damage, because the affected surfaces normally become progressively rougher. Rough surfaces lead to decreased oil film with significant metal-to-metal contact.

While the design of a bearing minimizes macro sliding contact points (typically limited to interaction between rolling elements and cage pockets or roller ends with flanges), some sliding in a bearing's rolling contact occurs because of geometry and elastic deformation. In most cases, this sliding is minimal and is often referred to as a micro slip.

Micro slip can occur in spherical roller bearings, which are the most common type of bearing in paper machines. The phenomenon exists in the raceways' contact with a spherical roller element, since pure rolling exists at only two points of contact: between the roller's inner and outer ring. Outside these points of pure rolling, micro slip occurs. The same phenomena are also present in ball bearings.

Avoidance Actions: The best ways to avoid abrasive wear in paper machine bearings are to use proper oil film or improve the cleanliness of the lubricant with filtration. Using a lubricant with anti-wear properties may also improve boundary lubrication present at startup and increase operating speeds. 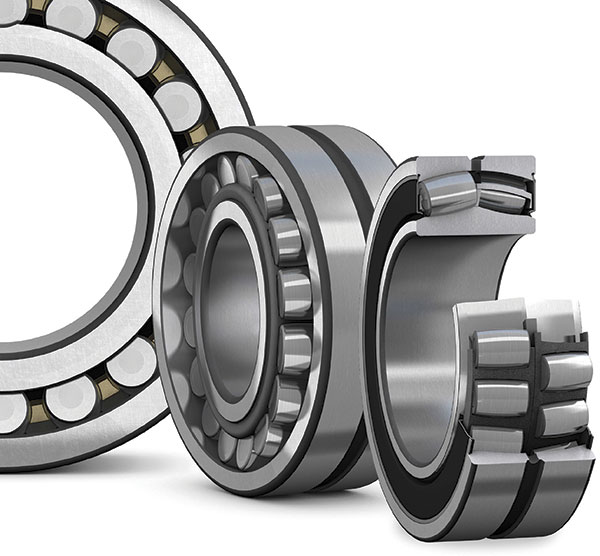 Image 3. A high proportion of bearings used in paper-making machines are spherical roller bearings, which can accommodate considerable radial loads in combination with axial loads. They also permit misalignment between shaft and housing, which is especially important for paper machines where bearings are mounted in separate housings far apart.

Adhesive wear, or smearing, is the transfer of materials that occurs between two contacting surfaces that slide in relation to each other. Adhesive wear is often the result of light operating loads (below requisite minimum calculated values) or instantaneous acceleration of large rolling elements upon entrance into the bearing loaded zone.

Such damage is also associated with localized high temperatures. Adhesive wear may also occur between roller ends and flanges if lubrication is inadequate and metal-to-metal contact develops between these sliding surfaces. Smearing is an abnormal type of wear that develops between the rollers and raceway, typically found entering and exiting the load zone when the oil film is broken. This can occur on lightly loaded, high-speed applications, as well as on slow-speed, heavily loaded applications.

Smearing is undesirable because the affected surfaces become progressively rougher, increasing surface stress in the damaged regions. This added stress results in higher vibration levels and excessive heat that can alter the metallurgical structure of the steel in that region of damage. Unless addressed, the cycle continues toward premature bearing failure.

Avoidance Actions: The best way to avoid smearing is to confirm that the applied load exceeds the bearing's minimum load requirement. The use of oil lubrication instead of grease can also reduce the potential for smearing. When bearing size or lubrication type cannot be easily adjusted, using coatings or reducing the number of rolling elements are alternate avenues. While some polyglycol oils can prevent smearing, end users should consider the cost and environmental issues associated with these oils. In addition, some polyglycols dissolve in water, which will decrease lubricant viscosity and increase risk of corrosion.

Corrosion is perhaps the most common reason for short service lives in paper machine bearings. Bearing applications in paper machines are exposed to the ingress of water, especially in the forming and press section of the machine. Water, either from the papermaking process or from washing down the machine, is dangerous. The risk of corrosion is highest in non-rotating bearings. Free water in the lubricant of a non-rotating bearing will accumulate at the roller-to-ring interface, resulting in static etching.

Avoidance Actions: The best ways to avoid corrosion are to keep the lubricant free from water and to use a lubricant with good rust inhibitor additives. Proper sealing systems also impart heightened levels of protection against water and contaminant particles. New bearing technology with corrosion restraint steel also is available.

An estimated 16 percent of all premature bearing failures are caused by poor installation techniques, poor fitting, using brute force and being unaware of the correct mounting tools and methods. Because they are precision components, rolling bearings should be handled carefully and mounted with the proper equipment. They must be installed correctly to realize maximum bearing service life. If a bearing is subjected to loads greater than those calculated to arrive at the life expectancy, premature fatigue can result. Unanticipated or parasitic loads can arise from faulty mounting practices. When mounting, proper installation tools must be used to avoid transmitting mounting forces through the rolling elements. Individual installations may require mechanical, thermal or hydraulic methods for correct and efficient mounting, depending on the bearing type and size. Whether replacing an old bearing with a new one or dismounting bearings for maintenance or replacement of other machine components, end users should be careful not to damage the shaft, which can result in compromising a machine's reliability and/or a new bearing's service life. Dismounted bearings are often good candidates for remounting/reuse, which can be accomplished after a thorough field inspection by a trained inspector or after being remanufactured by a qualified bearing company. Inspection of the bearing's components for signs of abnormal wear or surface damage will provide insight for subsequent reliability improvements. Proper dismounting methods and tools must be used to ensure that bearings are not damaged during dismounting. Whether mounting or dismounting a bearing, the choice of tools will depend on bearing type, size and fit.

Lubrication failure is too often attributed to lack of oil or grease in the bearing. Many cases, however, require a thorough examination of the lubricant's properties, the amount of lubricant applied to the bearing and the operating conditions. All of these factors contribute to inadequate lubrication, which fosters surface damage that leads to bearing failure. For rolling bearings to operate reliably under a variety of speed and loading conditions, they must be adequately lubricated to prevent metal-to-metal contact and friction between the rolling elements, raceways and cages. This means that the lubricant viscosity properties must be capable of generating an elastro-hydrodynamic film in the high-contact pressures seen in rolling bearings. The lubricant also serves to inhibit wear, prevent ingress of contaminants and protect bearing surfaces against corrosion. Lubricant selection depends primarily on the bearing design and operating conditions, such as the temperature range, speeds, loads and surrounding influences. The lubricant's additive content should always be a consideration during evaluation.

Although foreign matter can enter a bearing during mounting, the most direct entry point is the housing seals or bearing seal. Abrasive particle wear and particle denting can be disastrous. The primary function of seals is to prevent contaminants from infiltrating bearings and grease from leaking. An area that is often overlooked during a rebuild is the seal shaft surface finish and riding area. The land riding area can often become worn, reducing or eliminating the seal's operational lip pressure and reducing seal effectiveness. A reliable seal option exists for virtually every type of rolling bearing and should be specified in accordance with application parameters.

Daniel J. Donnelly is vice president of the Pulp & Paper Productivity Team at SKF USA Inc. He may be reached at dan.j.donnelly@skf.com. For more information, visit skfusa.com.