In this two-part series, how transient events in process equipment affect other system components will be discussed. Part 1 covers how deaerators (DAs) may be affected by generator trips and how these deaerator transients may also affect system pumps. 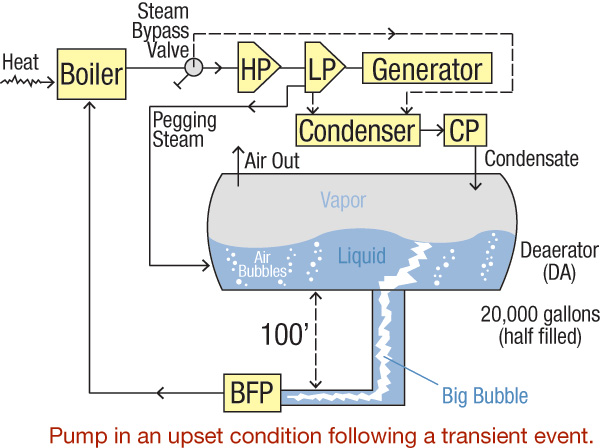 Figure 1. Simplified diagram of a power plant cycle (Graphics courtesy of the author)

Fuel heats the boiler to convert liquid to steam. High temperature and pressure feed the hot steam from the boiler to a turbine, which typically has several stages (high, intermediate and low pressures). The system includes additional components for better efficiency, control and reliability, but these are omitted to simplify the article.

Steam turbine shaft rotation is transmitted to a generator shaft, and electric current is delivered to a net. Exhausted steam is dumped into a condenser where it is further cooled to complete its transformation back to cold water, which a condensate pump sends to a DA.

The DA's size depends on the design and the plant's requirements, but a 20,000-gallon tank with roughly half its capacity filled is typical for a relatively small power plant.

This steam heats the water and strips it of most of the air and keeps the fluid in the DA at saturation temperature. The deaerated water flows to the boiler feedwater pump's (BFP) inlet, which moves it to the boiler, and the cycle repeats.

Problems that may interrupt this process include a sudden reduction or a complete loss of generator load (a load rejection condition).

When the generator trips, steam is bypassed through the diverting valve around the steam turbine and is typically directed into the condenser. A less common method is to release the steam directly into a DA or to the atmosphere.

A basic understanding of thermodynamics provides the foundation for what happens next. Steam tables and graphs contain information about pressure, temperature, specific volume, enthalpy (energy), entropy and quality of the water in its different states—liquid, vapor and mixed. Figure 2 depicts a temperature-specific volume (T-v) diagram, with tabulated data and examples. 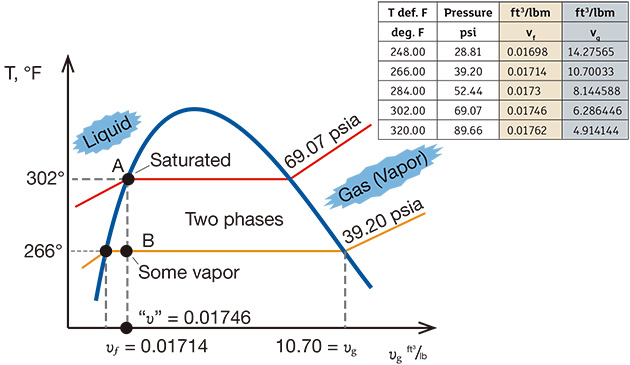 Figure 2. The T-v diagram shows the thermodynamics of the transient inside the DA.
(Source: Cameron Hydraulic Data Book, 19th Edition, 2002)

For example, tabulated data within Figure 2 show that at 302 degrees F, 69.07 psia of pressure is required to keep water at saturation point A. If the water were heated further at a constant pressure of 69.07 psia (shown as a horizontal line moving to the right), it would eventually boil out into vapor, which would significantly increase its volume. The volume would be much greater than the DA tank could hold. Conversely, if it were to be cooled at a constant pressure, 69.07 psia in this case, it would become subcooled, meaning it would be pure liquid with no vapor. Point A is a border line at which the vapor is saturated.

The DA is, however, a fixed-volume tank. For any vapor to form within it, the pressure would need to change. Reduction in temperature is shown as a vertical movement downward on the diagram from Point A to Point B, at which the liquid reaches the assumed final temperature of 266 degrees F.

Point B is in the mixed phase region. Figure 2 shows the pressure at 39.20 psia, with fluid in a two-phase state—some liquid and some vapor.

The specific volume at that temperature/pressure is 0.1714 ft3/lb for liquid, shown at the left intersection with the saturation curve. The volume at that temperature/pressure for steam is 10.70 ft3/lb, shown at the right intersection. The water quality (x) is a proportion of gas's mass (Mg), in this example the vapor's mass, to the total mass (M) of the mixture, which is shown in Equation 1.

Equation 2 shows the formula for the average total specific volume.

In this example, v remains constant because the tank has a constant volume at:

Therefore, the average total specific volume by mass is:

This does not seem like a lot by mass, but it is too much by volume. The mass of the vapor is:

This is nearly the same volume of vapor as the liquid in the tank, which is 1,300 ft3. This vapor's volume is too large to be contained in the DA.

The vapor is drawn into the suction pipe because the water is flowing to the pump. At the same time, a long vapor bubble, or a cluster of them, stretches the entire length of the 100-foot suction header and makes the suction pressure at the pump essentially the same as at the DA. This is a sudden loss of 100 feet of suction head. At this point, mostly vapor is entering the pipe from the DA.

Once this vapor reaches the BFP's suction, the effects can damage the pump. If a pump is equipped with a suction pressure transmitter, it will trip. If not, severe cavitation and vibration will result, possibly destroying the BFP or its mechanical seals, bearings, etc. Many sophisticated pump designs can sustain brief violent action, but not for long, perhaps 10 to 20 seconds. If the overall plant control does not correct the issue shortly after the generator trips, the problem will continue, potentially causing the failure of the BFP and other plant equipment.

This article simplified these power plant processes, so additional factors affecting these types of transients and possible remediation actions must be considered. One important aspect not addressed in this article is the DA tank being only partially filled. The void above the liquid has significant effects. The specifics of DA design and operation, however, are not addressed here. For readers with a sharp eye who find this (and perhaps other) omission(s) significant, please feel free to share your thoughts and analysis.

How do you handle transients? The best response will win a free admission to the next Pump School sessions.

Part 2, in the April 2015 issue, will examine how a system that uses multiple pumps could be affected by a transient event.

For a video accompaniment to this article, click here, and for other videos in this series, click here and view PVA #10.

Read part 2 of this series here.

Pumps
Piston-Actuated Diaphragm Pumps in Mining
Learn the pros and cons of these pumps that can move fluids and slurries with high temperatures.
Pumps
What Pump Selection Considerations Are Needed To Handle Wastewater?
The type of material in the fluid should be considered when selecting a proper pump for wastewater treatment.
Pumps
Jobsite Safety Measures To Keep In Mind
Review these submersible on-the-job precautions.
Pumps
Pump Hydraulics Fundamentals: A Student’s View
Columnist Lev Nelik discusses the basics of pump hydraulics with a reader.
Pumps
Rehabilitating a 1950s Era Pump Station
Two modifications helped bring the pumps up to standard.