If power is interrupted, lubrication continues without causing major problems to pump bearings.
by Mark Kuhn
06/02/2016

Combined bearing assemblies are not new to the market; they were introduced in the early 20th century. Certain types and designs, however, are more effective for the pump industry than others. 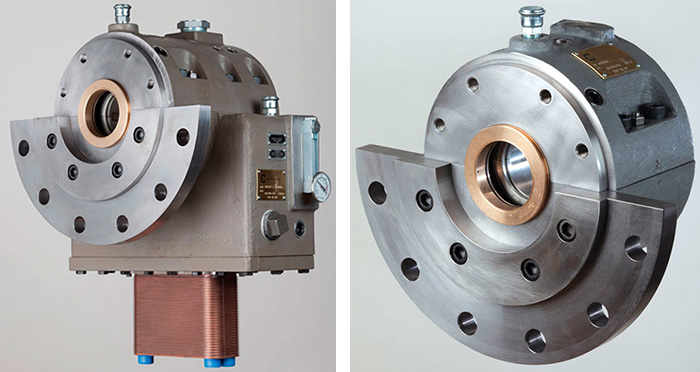 A good example is a fluid-film bearing package that integrates a self-contained, load-equalizing, double thrust bearing that conforms to American Petroleum Institute (API) Standard 610, along with a built-in oil circulator and self-aligning journal bearing (see Image 1), plus a separate journal bearing mounted on the drive end of the pump (see Image 2). 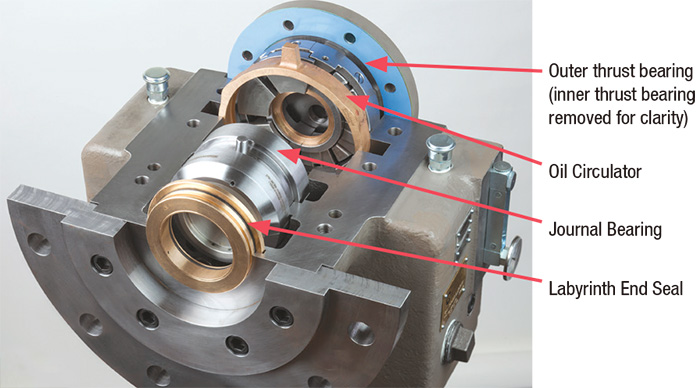 A unique aspect of this system is that lubrication is autonomous, achieved by the oil circulator and collar, which serve as a viscosity pump driven by shaft rotation. The system eliminates the need for an external lubrication skid to supply a pressurized flow of oil to the bearings. This system also requires no emergency pump, accumulator, rundown tank or other special arrangements for oil lubrication. Additional motor control systems and electric power are also not needed for oil circulation. Because a separate lube system is not necessary, cost savings can be significant.

Prepackaged fluid film bearing assemblies are designed to spare the pump manufacturer the challenges of designing an appropriately sized system, sourcing the components, machining the housing and assembling the individual parts.

Because these bearings may run heavily loaded, the lube oil must quickly be circulated through the system and cooled to the proper temperature before returning to the bearing cavity. Oil from the reservoir is drawn into a bronze ring called the circulator, which is assembled around the collar. The oil adheres to the collar and moves toward a dam inside the oil circulator, passing through ports leading to spaces between the lowest shoes on both sides. Shaft rotation carries the lightly pressurized oil flow to the other shoes before it escapes above the collar into a passage leading down to the cooler and finally returns to the reservoir.

The built-in journal bearing is self-aligning and able to take full advantage of the oil film's load-carrying capacity. Testing has shown that shorter journal shells run with unbroken films under severe radial loads imposed by the pump runner. 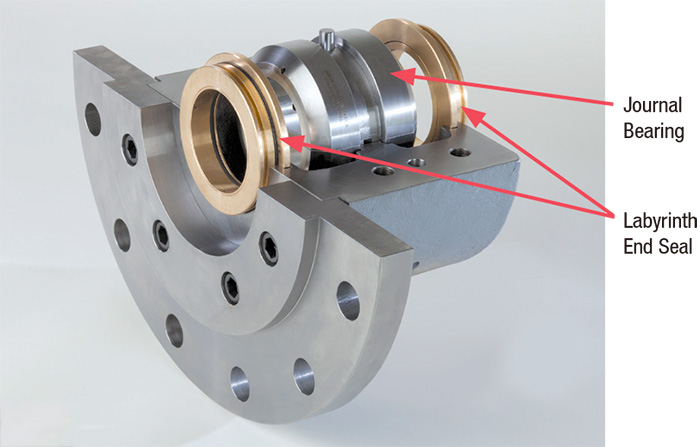 Image 4. Drive-end journal bearing (with cover removed) is lubricated by oil piped by the oil circulator of the non-drive end bearing.

Standard oil cooling is provided by a plate-style heat exchanger mounted directly on the non-drive end unit and requires freshwater typically provided at a temperature of 30 C (85 F). Standard coolers can meet any speed within the product's published load and speed ranges. Shell-and-tube heat exchangers can be used for applications with special coolants such as seawater, as is the option of forced-air cooling.

Mark Kuhn is the business development manager at Kingsbury Inc., collaborating with the company's outside sales representatives to promote growth in overseas markets. He has been working in the company's Philadelphia-based corporate headquarters since 1972 and has been involved in its international sales efforts since 1984.