Compression Packing: A Look Beyond the Standard Stuffing Box

How this application fits as a versatile solution
by Mark Freeman
FSA Member, EGC Engineered Solutions
03/08/2018

Stem packing is a familiar product. The most common type is braided compression packing. Braided packing is used in a wide range of applications. Depending on the service, construction materials can be as diverse as plants or animal derivatives, mineral fibers or synthetic plastics and even metal. The process of cutting rings from rope packing, inserting them into a stuffing box and torquing them to the right density is common, but it is not always the best choice.

Another widely used manufacturing method is die-molding. It is the process of wrapping a material around a mandrel, placing it in a die and preforming it to make a seal. Using these and other manufacturing technologies, packing is found to work in applications as different as aerospace, heavy trucking and power generation. A review of some unusual applications demonstrates the versatility of compression packing as a sealing solution.

The Origin of Packing

Compression packing is an ancient technology dating back more than 5,000 years.

Boats and ships used a rudder as a steering mechanism. The rudder shaft penetrates the hull of the vessel below the water line, so water can leak into the bilge. Ancient sailors, using the top technology of the day, would take pieces of clothing, sail cloth and rope, cover it with animal fat or wax and stuff it into the gap around the shaft. Eventually, a box was secured around the shaft and a gland, which could be tightened to compress the packing material, was created to improve sealing and longevity.

The terms compression packing, stuffing box and gland come from these early sailors.

Over time, many improvements in packing construction and materials were made. Packing today can be made of flax, Kevlar, polytetrafluoroethylene (PTFE), graphite or metal. It typically has a square cross-section and is sold in precut rings or in large coils, as shown in Image 1. 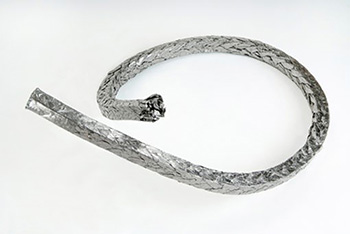 Synthetic aramid fibers are abrasion-resistant and can handle higher temperatures and shaft speeds. PTFE has excellent lubricity and chemical resistance. Graphite coupled with mica or an aramid fiber can stave off the heat generated by a rotating shaft and provide long life in challenging applications. 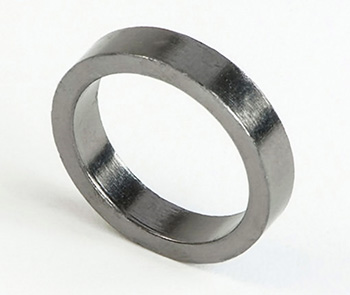 Die-formed compression packings are excellent in terms of sealing performance and reliability and offer a wide range of long-term, low-emission and low maintenance products. See Image 2.

Not only are die formed rings easier and quicker to install, but the pre-compression increases the density of each ring and reduces the gland loads necessary to seat and compress multiple rings in the stuffing box. The result is lower friction on the shaft or the spindle, with improved sealing performance and a longer life.

As mentioned in an article previously published by the Fluid Sealing Association, (Sealing Sense, Pumps & Systems, March 2005), there are several key factors to consider when choosing the right packing. They include:

Keeping this in mind, here are some applications to consider when you are going way beyond the typical stuffing box. 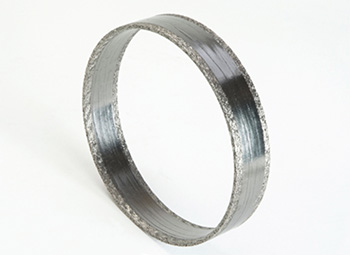 Graphite and wire mesh for exhaust systems. Die molded configurations of flexible graphite, mica or vermiculite densifies well when loaded in these flange couplings to seal truck and auto emissions before being cleaned by the after-treatment and catalytic scrubbing systems. Due to the high vibration in these applications, wire mesh is used in combination with the sealing material to provide a skeleton, giving the sealing material structure to add durability.

Metal caps for pressure seals. In the typical stem packing in a valve stuffing box, the high axial to radial load transition of a die-molded configuration from the gland load creates the seal around the stem. Bonnet pressure seals were originally designed to be made of solid metal and relied on process pressure to effectuate a seal. The all-metal seal used the angle of the bonnet to amplify the unit load on the toe creating a single point metal to
metal seal.

More recently, engineers found a way to use the high axial to radial load transfer of die molded flexible graphite to create a full cavity seal. However, they had to find a way to keep the graphite from extruding under high unit loads.

The most common way was to place a thin cap on the top and bottom of the seal. As opposed to a full metal ring sealing only at the toe, and having a potential to damage the valve, the packing-style die molded graphitic seal fully compresses and densifies to fill and seal throughout the entire bonnet cavity. See Image 4.

Most of these pressure bonnet valve configurations are found in power generation facilities, and in today’s environment, these plants are on-demand requiring their units to cycle in pressure and temperature frequently. The unique capability of the die molded flexible graphite to remain resilient at ambient and high temperatures serves this application well without causing undue wear to the valve itself. These valves are expected to be in service for more than 50 years. 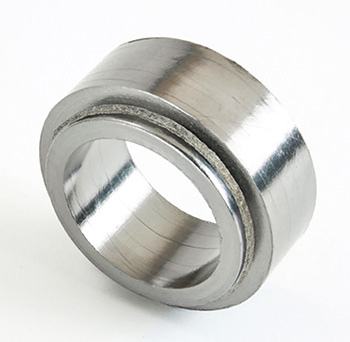 Valve balance seal. Balance seals are very similar in nature to stem packing in a rising stem valve. See Image 5. They provide both an inside and outside diameter seal for a linear motion device and use axial load to compress the seal. It is typical to see a wire reinforced ring on the top and bottom to provide anti-extrusion and wiping just like a valve packing stuffing box. However, a balance seal is designed into a closed cavity configuration, which does not allow for adjustments to be made while in service. In some cases, the design requires that the packing leaks to some extent

Dry bulk handling systems. Dry bulk piping systems use braided configurations of flexible graphite or glass fibers as well as some polymers to create a seal between the pipe connections. Unlike a high-pressure liquid or gas piping systems that use flanges for flat gaskets to connect the joints, these systems use the axial to radial load transfer that is inherent to braided packing to seal the joint as well as create a solid connection. 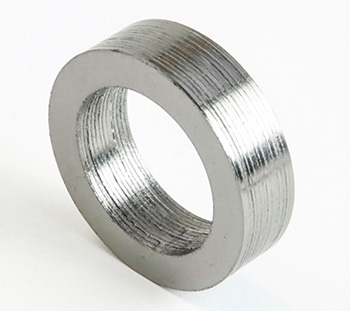 Die cut and coined parts. These highly engineered parts are typically more expensive than a standard die formed or braided packing, but they have significant advantages. This type of
inside and outside diameter sealing device is pre-compressed to a high density (see Image 6.)

Clamped joints. Strap and V-Band style clamped joints can also benefit from the use of die molded packing style seals. The seal used in these configurations also typically provides structure for the joint as well. It keeps the piping from separating or rotating during high vibration operation and thermal cycling. These packings, in some cases, can be made in a composite construction of both molded sealing material mated with metal components. The metal components can then serve as a portion of the clamped joint to achieve weight, cost savings and ease of assembly.

Exhaust manifold packing. Some sealed joints move with much smaller travel than typical valve stem packing, but with much higher frequency, vibration and temperature. Exhaust manifold slip joints sometimes use molded packing made from high temperature materials like flexible graphite and ceramics to keep soot, fuel and exhaust from escaping. This is a very challenging configuration for packing due to the fact that slip joints have a great deal of clearance to allow for thermal expansion and experience extreme temperatures approaching 1,900 degrees Fahrenheit (F) while operating in a high vibration environment.

Aerospace packing. Many do not know that high temperature molded packing materials such as flexible graphite also constitute an excellent sealing material in cryogenic conditions. For example, seals for the interconnects of fuel lines for the engines used to propel rocket launch vehicles are sometimes made using die molded flexible graphite. These packing style components are required to survive at -423 F and seal products like liquid hydrogen or oxygen. These are indeed unique applications.

Click here to read other issues of Sealing Sense

Mark Freeman has been in business-to-business communication for most of his life. As the marketing director for EGC, he is responsible for the strategy, design, production and coordination of all marcom components. In addition to having degrees from University of Missouri and John Carroll University, he was the CEO of a 40-person advertising and public relations agency called Mark Freeman Advertising.