A new era in how propane would be transported, supplied and distributed in Minnesota dawned in May 2012. That's when Kinder Morgan Energy Partners, L.P., announced the launch of its Cochin Reversal Project, which would see the reconfiguration of its Cochin pipeline from one that supplied propane to the U.S. and eastern Canada to one that would ship diluents (light condensates/C5/Pentane) from Kankakee County, Illinois, to the oil sands region of Alberta, Canada.

First placed in service in 1978, the 12-inch, 95,000-barrels-per-day Cochin pipeline was used to transport propane and other light hydrocarbon liquids 1,900 miles from Fort Saskatchewan, Alberta, to Windsor, Ontario, with intermediate distribution points located in seven U.S. states: North Dakota, Minnesota, Iowa, Illinois, Indiana, Ohio and Michigan. Over the years, the Cochin had become the largest single source of propane supply in Minnesota, with 38 percent of the state's annual propane supply delivered through the pipeline.

"We use between 400 and 500 million gallons of propane in Minnesota annually. Approximately half of that is used for residential home heat, 40 percent is used for agriculture, and the remaining 10 percent is a mix of commercial, industrial and motor-fuel applications," said Scott McClelland, engineer at LPG & NH3 Supply Inc., a supplier of equipment and services for use in the propane market in Minnesota. "When they shut down the Cochin pipeline, it was imperative to find new ways to get propane into the state to keep up with demand."

Alliance Energy Services—through its subsidiary Alliance Midstream LLC in Benson, Minnesota, which owns, operates, acquires and develops midstream assets used in the transportation and storage of energy products—knew that creative thinking would be required to replicate the delivery volumes of propane that would be lost. 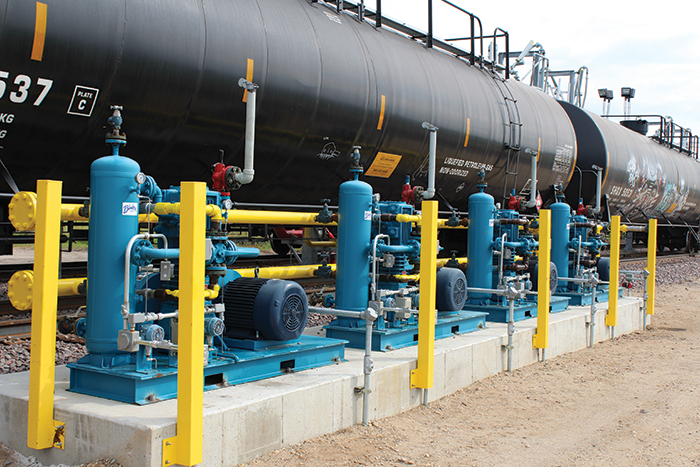 Image 1. When it was announced that the Cochin pipeline would no longer be used to deliver propane into the U.S., Minnesota-based Alliance Midstream LLC saw this as an opportunity to establish a new rail-supplied facility. But for this plan to work, all of the components used at the facility needed to operate at their full effectiveness and reliability, including Alliance's compressors of choice. (Images courtesy of Blackmer)

"Now that the Cochin has ceased the shipment of propane from Canada into the U.S., our industry has a large void in distribution," said Jason Doyle, founder and president of Alliance Energy Services, in a July 2014 report in Butane-Propane News. "The area that will be most affected will be the Upper Midwest, and Minnesota is ground zero since it relied on approximately 40 percent of its propane supply from the pipeline. Supplying the market during peak demand periods will be very challenging. The industry must work together, more than ever, to plan and adjust to these distribution challenges."

Seeing the opportunity to fill the propane-supply void in the state, Alliance purchased Kinder Morgan's propane terminal in Benson, which is served by the Cochin pipeline and located about 120 miles west of the Twin Cities near Interstate 94. It was the first major acquisition for Alliance Midstream.

Most of the infrastructure at the Benson terminal was in place, including 17 90,000-gallon propane storage tanks, which provided a storage capacity of 1.53 million gallons. Alliance determined that, in the absence of the Cochin pipeline, rail would be the best way to deliver propane to the facility, and the company constructed a rail spur that would be serviced by BNSF.

"The terminal in Benson has a lot of storage capacity, but we needed a way to get product into the facility," said Chad Cain, dealer account manager with Alliance Midstream, who helped oversee the facility's buildout. "Alliance Energy decided the best way to do that was by rail, so we installed the railroad spur off the BNSF mainline."

As the rail spur was being built, Alliance contracted with LPG & NH3 Supply Inc. to construct and outfit a propane rack and unloading system that could unload up to 16 railcars at a time.

With the average LPG railcar possessing a capacity of 33,000 gallons, this would be as much as 530,000 gallons of product flowing into the facility's storage tanks at once. The propane would be sourced mainly from Canadian suppliers with smaller volumes acquired from the growing production areas in neighboring North Dakota.

"They worked with us to design a system that could unload 16 railcars at a time and get the propane into storage," McClelland said.

"What they've got now is a large monolithic structure, one long continuous platform with eight unloading stations on each side that can unload eight cars on each side at one time. What's unique about the setup is that this was an existing pipeline asset that has started filling from rail after they built a rail spur, switch and platform for unloading."

The site layout was approved by the Army Corps of Engineers in July 2014, with operations commencing before the end of the year, just in time to fill the storage tanks with propane that was to be used in Minnesota's important crop-drying and heating seasons.

"We've got many carriers that come into the facility," said Jake Johnson, transload operator at the facility. "In one recent week, we unloaded 46 railcars (1.52 million gallons) and had 204 (approximately 2 million gallons) trucks come in. That's quite a bit of propane considering it's August and it's not yet the busy season."

An important piece of equipment in the propane-railcar unloading process is the compressors that are used to remove the propane from the tankers and transfer it into the storage tanks.

"We've got four compressors total, which are good for unloading two railcars at a time," McClelland said. "What they're doing is hooking up the railcars, using the compressors to unload the liquid and perform vapor recovery. The terminal runs all the time, and with those compressors they can turn their 1.5 million gallons of storage, fill it and pump it out, all in 24 hours. They can offload 16 cars in only six or seven hours." 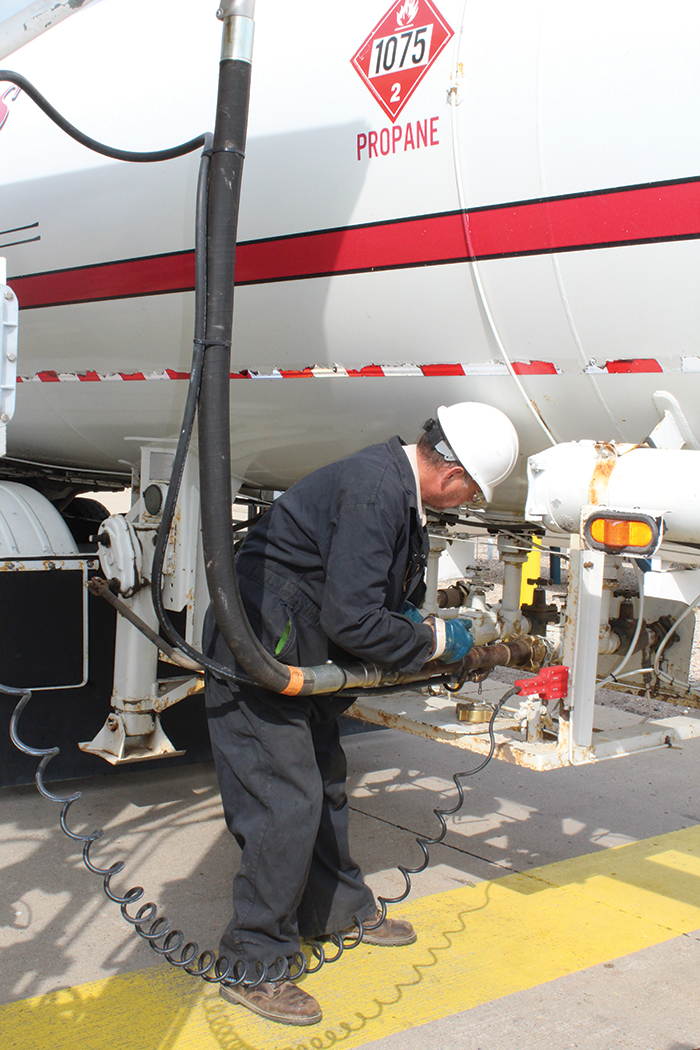 Image 2. Running the day-to-day operations at the Alliance Midstream terminal includes providing transloading and logistical support, along with rail and truck services.

The compressors, which feature 30-horsepower motors and a mounting configuration that includes pressure gauges, a structural steel base and welded or flanged piping, are ideal for the Alliance terminal's needs because they provide single-stage, oil-free operation and have been designed specifically for propane transfer and vapor recovery with flow rates up to 125 standard cubic feet per minute (212 cubic meters per hour, 935 gallons per minute). 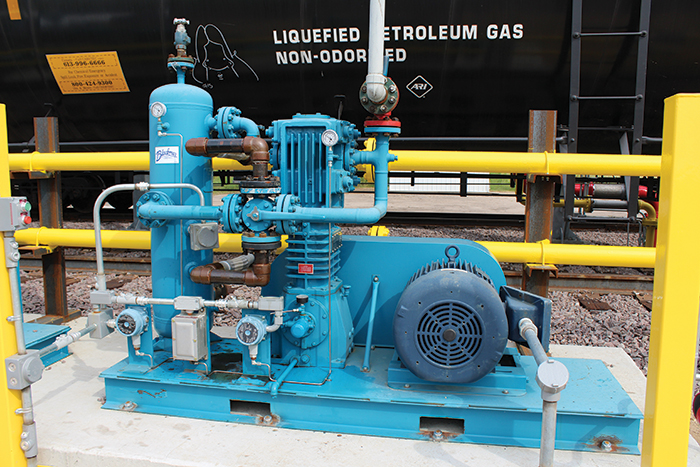 Image 3. The compressors are ideal for the Alliance terminal's needs because they feature single-stage, oil-free operation and have been designed specifically for propane transfer and vapor recovery.

"Our compressors have to be operating in all weather conditions at all times and be fail-safe with no problems. If we're shut down, we've got a line of trucks that are waiting, and that just can't happen," said Johnson, who likes that the products are American-made. "I'm very pleased with the product. They're very quiet, they run amazingly; we haven't had any problems. I like them because I push the button—it's almost like the commercial, 'Set it and forget it.' That's what it reminds me of. You push the button, and it's going to work all day—no problem."
With the compressors playing a prominent role, the operation has been so successful already that Alliance has purchased additional land around the 17-acre facility with an eye toward eventually adding more track to handle more railcars and building additional storage tanks. Any unloading rack or storage additions would also increase the need for compressors.

There's no question that the propane-supply market in Minnesota was knocked for a loop in 2012 when Kinder Morgan announced that the Cochin pipeline would no longer be used to deliver propane. But great change can bring with it great opportunity. Alliance Midstream recognized this and immediately responded by finding a solution to what could have been an overwhelming challenge.

The solution—converting the Benson propane terminal into a rail-supplied facility—was a smart move, but the plan could only work if all of the facility's components were operating to their full effectiveness and reliability. That includes the compressors that must operate on a 24/7 basis.

"This is the largest propane facility in three states, so everything needs to be state-of-the-art," Johnson said. "To operate at the level that we are going to operate at, we need top-of-the-line equipment, and they spared no expense when they bought those compressors. There's no way they're going to let us down."

Bill Holmes is director of sales North America – Energy & Transfer Group for PSG in Oakbrook Terrace, Illinois. He may be reached at 847-726-7565 or bill.holmes@psgdover.com.