When severe weather strikes, it can devastate communities within a matter of minutes, destroying homes and businesses and leaving residents without basic needs like shelter and clean water. Unfortunately, these tragedies are on the rise due to climate change and urbanization.

With the increased severity of storms and flooding, municipalities are embracing sustainable stormwater management programs and making infrastructure improvements to improve flood control.

Water technology companies in the pumps industry often use their expertise to help communities recover from natural disasters like hurricanes, record rainfall and flooding. Some also help utilities and businesses prepare for the worst with solutions for pumping stations, stormwater systems and emergency contingency plans. Such was the case for the city of El Paso, Texas, after a heavy summer deluge devastated the community in 2006.

The city of El Paso lies on the tip of the Chihuahuan Desert. During the summer, it is not uncommon for a year’s worth of rain to occur in a matter of days. These rain events have caused significant damage throughout the city for years, but flooding has always been particularly bad in Chihuahuita, a historic neighborhood south of downtown El Paso. A stormwater pumping station with axial flow propeller pumps has helped resolve the issue.

In response, the El Paso City Council established a stormwater utility to address the flooding issues. It hired the civil engineering firm CEA Group to conduct a drainage study to develop solutions to lessen the impact of these storm events. 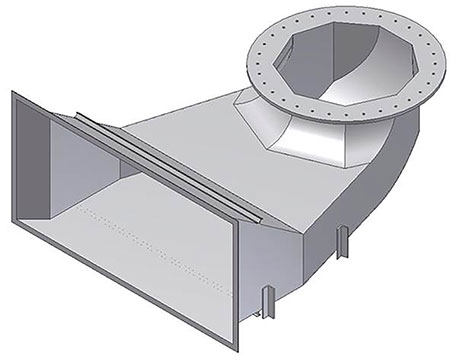 CEA Group determined the flooding in El Paso was directly linked to high water levels in the Rio Grande River during heavy rains.

“The Chihuahuita neighborhood comprises roughly about 12 acres of residential housing and small businesses, and it has the only access road to the Canal Surface Water Treatment Plant (CWTP),” said Warren Marquette, water utility engineer for the city of El Paso. “The area is low and is bounded on all sides by railroad lines and the water treatment plant. The ground elevation is roughly equivalent to the high-water surface of the river.”

Storm sewer inlets that were added in the past in an attempt to drain the area were connected to a system that drained a watershed at a higher elevation. This caused runoff from upstream storms to create a backup in the drainage system, flooding the Chihuahuita neighborhood. 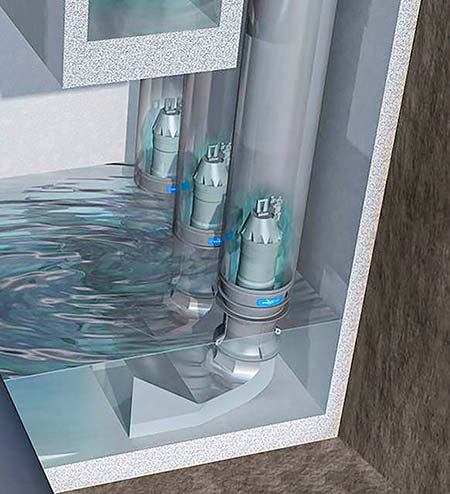 In 2012, a pump station design was developed by distributor James, Cooke and Hobson, Inc. (JCH) and the pump manufacturer, with input from CEA Group. The design ensured that the pump station could function properly even when the space requirements were less than the recommended Hydraulic Institute standards for high-volume pump stations. 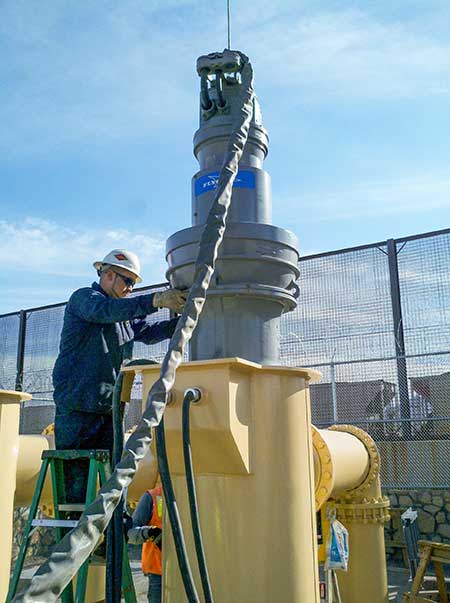 Constant Pumping Regardless of River Level

The project required the design of a pump station that would be able to efficiently transport stormwater and occupy the smallest footprint possible to minimize civil costs for the city. “The available forebay on this site is only about 20 feet long—far short of the minimum for forebay conventional design outlined by the Hydraulic Institute,” Marquette said.

The stormwater utility acquired two 30-by-80-foot lots to allow for piping and for the new station footprint. Emergency backup power was installed on the CWTP property adjacent to the station. 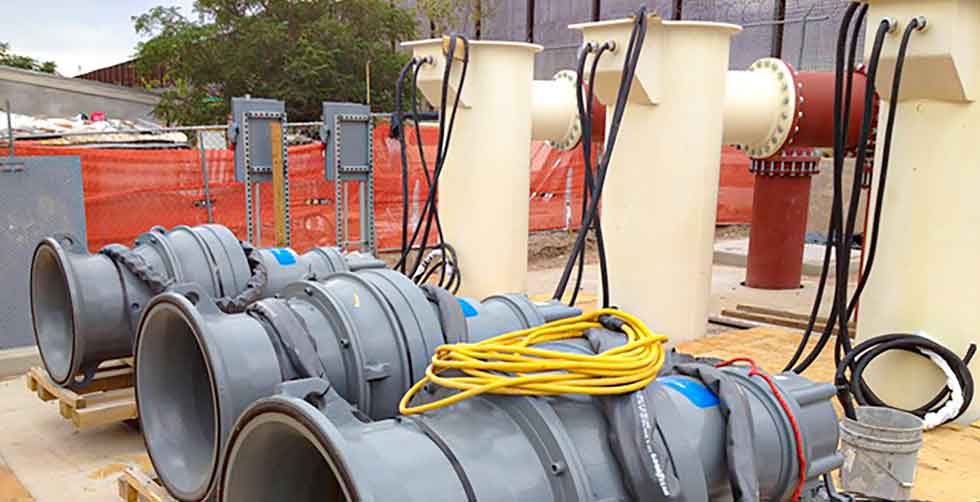 The formed suction intake is an inlet device that provides optimal inflow to the axial flow propeller pump by gradually accelerating and redirecting the flow toward the pump inlet. Its primary function is to condition the incoming flow into a uniform profile and redirect it. The device’s compact design is also ideal when available space is limited.

“Directing the incoming flow to the pump impeller eye significantly reduced the required submergence and potential for vortex air entrainment, and reduced the size of the forebay,” Marquette said. By providing a reliable pump intake in limited space, the formed suction intake is able to achieve a more economical pump station solution with a smaller footprint and better hydraulic performance than with standard inlet devices.

With a pumping capacity of 27,000 gallons per minute (gpm), the station can handle 100-year storm events. By employing siphoning methods, the city was able to accommodate the large swing in river elevations, allowing the station to operate at both high and low river levels. 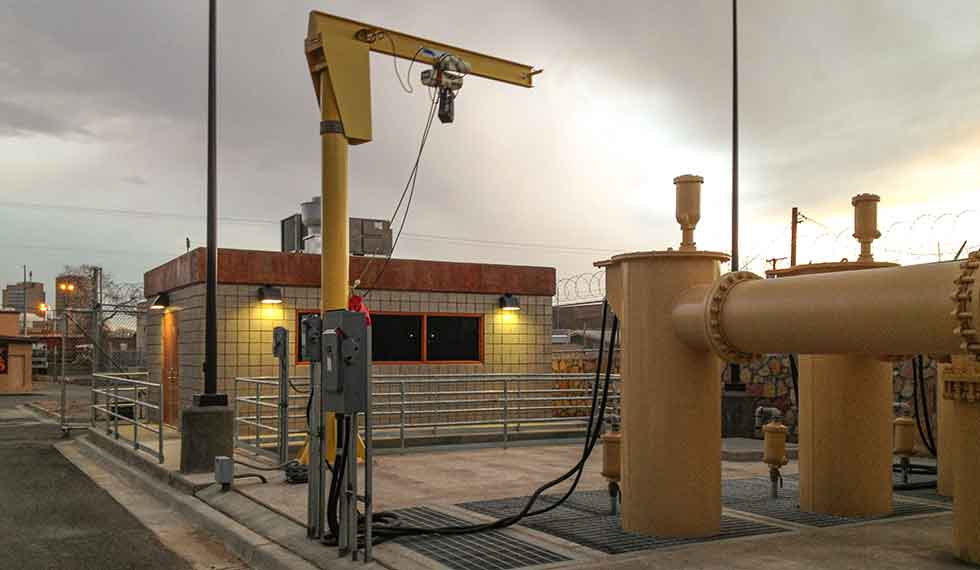 Torrential rains hit the Chihuahuita historic district of El Paso again in 2012, but with the new stormwater pumping station in place and functioning well, flooding was not an issue. A sustainable stormwater management program empowered the city to weather unexpected climate events and brought needed relief to the historic neighborhood.

“Since the station has been installed and the routes of backflow have been eliminated, the station neighborhood has not experienced any further flooding,” Marquette confirmed.

Asad Choudry is a business development manager for Xylem. He holds a Bachelor of Science in mechanical engineering with a specialization in aerospace engineering from Hofstra University. For more information, visit www.xylem.com.