The industry will need to correct the disparities to make the path to clean water and a strong water sector possible, says Anna Maria Chávez.
by Amy Cash
10/20/2020

Anna Maria Chávez was the keynote speaker for the session "Meet Me in the Middle: Making Workforce Connections" at WEFTEC Connect the week of Oct. 5. Chávez was the first woman of color to lead the Girl Scouts of the USA, and she is the CEO of the National Council on Aging. Chávez spoke on the importance of diversity in leadership and workforce overall as the water workforce looks to solve the issues facing the water industry in 2020 and beyond. She gave viewers five key points to take away from her 30-minute session.

For Chávez, there have been multiple catalyst moments throughout her life that have led her to make real change in herself and in the communities she’s passionate about. When she was in elementary school in Arizona, she was punished by a teacher for speaking Spanish with a classmate. Coming from a household that spoke both English and Spanish, Chávez was both hurt and confused by speaking Spanish being seen as a negative. For months to years, she did not speak Spanish, but she eventually used this moment to push her to fight for diversity in all spaces and to help serve the communities that might be seen as different.

Chávez spoke on how to foster change in our workforces and push to include more diverse backgrounds and perspectives that should not be seen as a barrier, but an opportunity. Leaders in the water sector should take the excitement of change to push others to come along.

Chávez told another story about working for the Arizona governor’s military commission. During one of her first gatherings with the commission, another committee member called her out and said, “What makes you think you have the qualifications to serve this commission?”

The question shocked and hurt Chávez, but an attaché for one of the generals told her on the drive back from the dinner that she should stop trying to impress people with her credentials. He told her that ultimately, you have to dig in and let the work show your competence. Eventually, the person that questioned her presence on the commission pushed to get her nominated for an award presented by the U.S. Secretary of Defense.

Chávez said that if you are in a new job or trying to get a new position on your team, surround yourself with people who will set you up for success. Do not let inexperience be a barrier, but instead, push yourself and let the work do the talking.

Chávez spoke to many of the challenges facing the water sector today and where the industry has room for improvement. Here are some of the main challenges that Chávez highlighted during her session:

This data affects real people. Chávez spoke to the hope of equitable water access in our lifetimes, but noted that those in the industry will need to uncover the data that shows disparity and use it as an opportunity to make the path to clean water and a strong water sector possible. 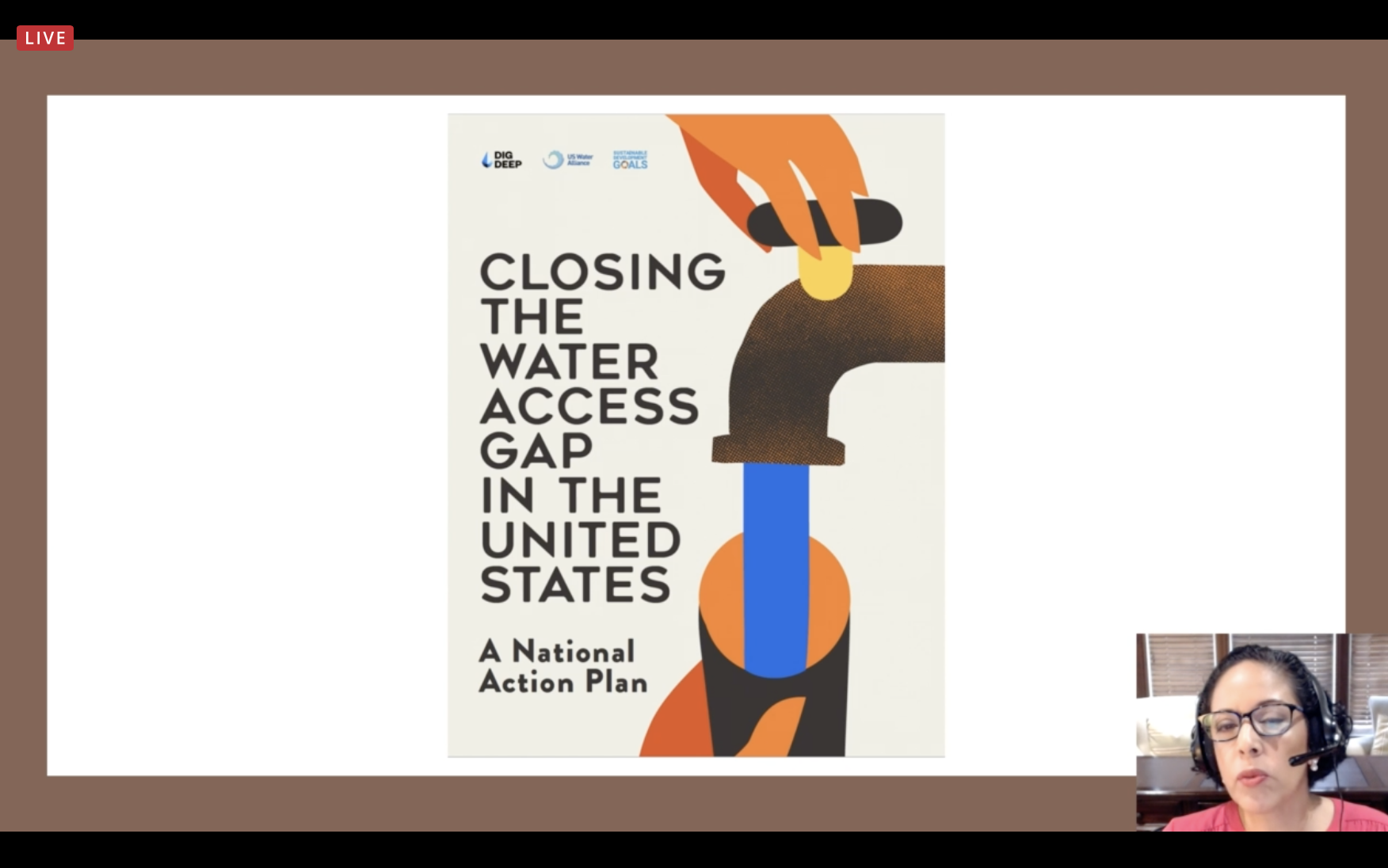 Chávez gave examples from a resource provided by the U.S. Water Alliance of communities that are still struggling in regards to clean water.

In McDowell County, West Virginia, residents depended on an uncovered tank and an unreliable network of pipes for their water. The water was intermittent and often came out cloudy or dirty. Local firefighters offered a temporary solution by allowing residents to fill jugs from fire hydrants, but even then, residents would spend hours hauling water for drinking and household chores.

In Arizona on the Navajo reservation, more than 30 percent of people lack access to running water. Though the region has a wealth of water resources, the Navajo community was left out of compacts for water allocation. The community’s rights to water have been violated repeatedly despite U.S. Supreme Court rulings to protect tribal water rights.

Chávez ended her session by discussing the lack of diversity specifically in the water and wastewater industry.

There is clearly room for growth when it comes to creating a more diverse water and wastewater industry, and Chávez encouraged viewers to embrace their leadership journeys and push to create a better world not just for themselves but for those that do not share the same background. She ended her session with a challenge for the industry. She told viewer to ask themselves, “How is this going to translate into creating a workforce for the future and that it is diverse to meet the needs of the communities you’re serving?

Amy Cash is the production manager of Pumps & Systems magazine.