Eliminating dry running can save money and protect equipment.
by Scott Driscoll
04/29/2013

Every year, air operated double diaphragm (AODD) pump users spend thousands on electricity, replacement parts and labor because they dry run their pumps. Unlike many other types of pumps, AODD pumps can run dry (run without being fully primed) without immediate damage. Therefore, they are useful in applications such as sumps and tank transfers in which the liquid may unexpectedly run out.

Routinely relying on an AODD pump’s ability to run dry, however, can incur substantial costs—including energy loss, increased maintenance and lost compressor capacity. This article details these costs, the prevalence of dry-running pumps and solutions for running a greener and more cost-effective operation.

The Cost of Dry Running an AODD Pump
When a pump runs dry, 100 percent of the consumed air is wasted. Although lost energy from wasted air is the most obvious cost, additional maintenance, downtime and lost compressor capacity are also significant.

A simple method to estimate the cost of a dry-running pump is to multiply the percentage of time that the pump runs dry by the total operating cost.

As seen in Table 1, the yearly dry-running costs can exceed the cost of the original pump. Furthermore, the air and maintenance costs are often much higher, as a dry-running pump can operate two to three times faster than it does when under load. This means more air usage and faster wear and tear on the pump.

Table 1. The cost of dry running an AODD pump

While the direct pump and compressed air costs are substantial, the associated costs can be just as high. A few 70 standard cubic feet per minute (scfm) “leaks” in an air system represent a significant drain on a compressor, requiring plant engineers to consider increasing the overall system pressure, or increasing the size and number of compressors. Frequent and unexpected pump failures can also lead to product loss and production downtime, both of which can match the air and maintenance costs.

The Prevalence of Dry-Running AODD Pumps
Despite the high cost of dry-running pumps, the practice is a common occurrence in many factories. Some typical causes and observations seen at several factories are described in this section.

Operators Leave Pumps Running
A chemical factory needed to rebuild one to two pumps every month. Given the number of pumps that the factory had and the amount of time the pumps needed to be in use, only one to two rebuilds per year should have been required. The parts cost per rebuild was $300 to $500 plus labor, and the maintenance bills were adding up quickly.

Operators unintentionally left the pumps running throughout the weekend. Because the plant’s energy or maintenance bill was not included on performance reviews, the operators had little incentive to remember to turn off the pumps.

The same pattern is repeated in other factories.  Another example is a large paint factory at which workers use pumps to empty large tanks. Again, operators would turn the pump on, get distracted by other tasks and forget to turn them off.

Failed or Missing Level Sensors
Because AODD pumps are often used in “dirty” situations—outside or in waste sumps in factory floors—debris or corrosion frequently cause level sensors to fail. Non-contact types are susceptible to debris or being dislodged as well.

In many of the observed factories, sumps had level sensors that were bypassed because they were not reliable enough. In these cases, the sump pumps operated 24 hours per day, despite the sump filling only occasionally. By equipping two of their pumps with monitoring equipment, the operators discovered that a 2-inch pump was only pumping liquid 32.8 percent of the time, and a 1-inch pump only 7.3 percent of the time. More than half of their energy and maintenance bill was being used to needlessly pump air.

Whether the cause is operator error, a failed level sensor or simply installing a pump to run non-stop when unnecessarily, dry-running AODD pumps appear to be a common occurrence.

Solutions
Although dry-running pumps can be costly, several solutions, ranging from inexpensive procedure changes to sensor-based control solutions, can reduce costs substantially. Most of these solutions will show a return on investment within six months to one year, depending on the frequency of dry running.

Procedural Changes
If personnel are informed of the true cost of dry-running pumps, including the resulting increase in maintenance, they can work individually to avoid leaving pumps running unnecessarily. Adding dry-running observations to maintenance records can help diagnose the root cause of pumps that require frequent rebuilding. Routinely checking sump level sensors for correct operation can also help to avoid long stretches of dry-running operation.

The main issue with this solution is that it relies on human intervention to ensure proper pump operation.

Level Sensors and Switches
A myriad of level sensors and controllers can be used to turn pumps off when they are not needed. Inexpensive, simple float-trigger switches indicate when a tank or sump level is too high or low, turning the pump on or off as required. Because floats can easily become obstructed by debris, many float-less types—such as capacitive (both contact and non-contact), radar and ultrasonic—are other options.

When considering level sensors, end users should evaluate the whole system cost because many sensors require an additional solenoid and, in some cases, a separate programmable logic controller (PLC). Installation requirements for all the separate components should also be taken into account. Unfortunately, since many level sensing solutions are in contact with the pumping liquid, they suffer from corrosion or clogging. Even non-contact sensors can be blocked by debris or dislodged.

Figure 1. Air monitoring controllers monitor the pump through the air line without contacting the pumped fluid.

Some controllers in this category rely only on mechanical switches, while others use electronic controls. The mechanical controllers typically detect a change in pressure or flow to determine when a pump is running dry. Because a dry-running pump faces little to no resistance, it operates faster and uses more air than when transferring liquid.

While mechanical controllers have the benefit of operating without power, they can be unreliable when plant conditions change, such as the input or pump discharge pressure.

Air monitoring controllers with electronics can employ more sophisticated logic to compensate for changing environments, and also better detect when a pump is truly running dry.

Some of these solutions use pressure sensors to listen to the pump like a stethoscope to detect the individual stroke rate, which typically changes much more than the air input rate.

Ignoring short-term changes (false positives), restarting on timers and interfacing with PLCs are other  benefits. 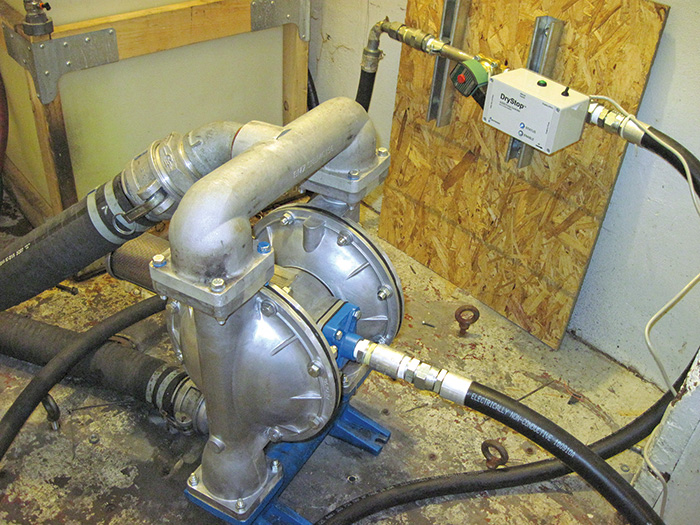 Image 1. AODD pump in a factory transfer application with an air monitoring controller.

Conclusion
Dry-running AODD pumps are a costly problem that can easily go unnoticed, wasting significant energy, money and maintenance resources. Since many people are unaware of the high cost, dry-running pumps are a common occurrence in many factories. Fortunately, many solutions are available that provide a fast return on investment, ranging from simple maintenance procedural changes to controllers that automatically turn off pumps when they are not needed.

Scott Driscoll is a product development engineer at Sentrinsic, Inc., in Atlanta, Ga. He has an M.S.M.E. degree from Georgia Tech in controls. Driscoll can be reached at scott.driscoll@sentrinsic.com.