In my last column (Pumps & Systems, June 2016, read it here), we looked for ways to improve the operation of a relatively simple piping system. By developing a power cost balance sheet for the total system, we were able to see how much energy was required for each item in the process and control elements. The power cost of each item can be calculated by knowing the flow rate through the system.

Using this information, we could see the cost for each item and look for ways to reduce the system’s total operating cost. In that column, we discovered we could minimize the different pressures across the control valve by reducing the pump head. We examined two ways of reducing pump head: reducing the impeller diameter or reducing the pump speed. In both examples, the spray control was our primary element to control the system flow rate.

In this column, we will use the power cost balance sheet as a tool to help encourage the flow of ideas among the various groups involved with designing, maintaining and operating fluid piping systems.

Which Option to Choose

Engineering is not always numbers and formulas. We often need to make a decision about the options at hand. After reviewing the results of the power cost balance sheet for the reduced impeller speed and the reduced impeller diameter in the previous article, we said that we could save around $4,000 per year in operating costs. With those two options, the decision makers at the plant used in this example fell into three groups.

The first group I called the “do-nothing” group. The group commented that the system had been working for many years, so why bother with any changes. The second group I labeled the “high-techs.” That group liked the idea of a variable speed drive (VSD) with its energy savings along with the advantage of increasing the system flow rate by adjusting the speed to the pump if the system capacity changes. The third group, the “old-school” group, wanted to trim the impeller to meet the energy needs without buying any new equipment, and if the system flow rate needed to be increased, the group could install a new impeller for a third of the cost of a new VSD.

This is where the energy cost balance sheet comes in handy. The “do-nothing” group could see how much the system cost to operate and how each of the two options would save money. If the cost of doing nothing was greater than the savings offered by either of the options, they had justification for changing their mind.

The “high-techs” could see how much they could save using a VSD to reduce the pump speed. They contacted a VSD sales rep to reduce the speed of the pump impeller and to estimate the installation cost. In addition, they could show the process engineer and the operation group how the system could be returned to operation if things did not work out for some reason.

The “old-school” group could see how much they could save by reducing the impeller diameter without having to buy any new equipment. They could show that if there was a need in the future to increase flow rate, a new impeller with a larger diameter could meet those needs. After speaking with their pump sales rep, they showed that the new pump could be purchased for about 30 percent of the initial cost of the VSD.

The maintenance manager, a member of the “do-nothing” group, realized that the spray control in the system had to be repaired every 18 months due to cavitation damage at a cost of $1,100 per repair. He had already called the control valve rep for suggestions on fixing this persistent problem. It was suggested to replace the existing control valve with one that would better accommodate higher differential pressure for an installed cost of $2,000. Based on the knowledge that reducing the pump head (either option) will reduce the problem in the existing spray control, the maintenance manager moved from the “do-nothing” group to the “old-school” group.

VSD operation can be accomplished by a variety of means such as a gear box, pulley arrangements or an electronic variable frequency control unit. For this column, we will be using a VFD to control the system.

By using the VFD controller, the pump’s speed is automatically adjusted to meet the system requirement without adding excessive energy to control the system. In other words, if the spray control valve was removed and the system was controlled on only the pump’s speed, further energy savings could be realized. 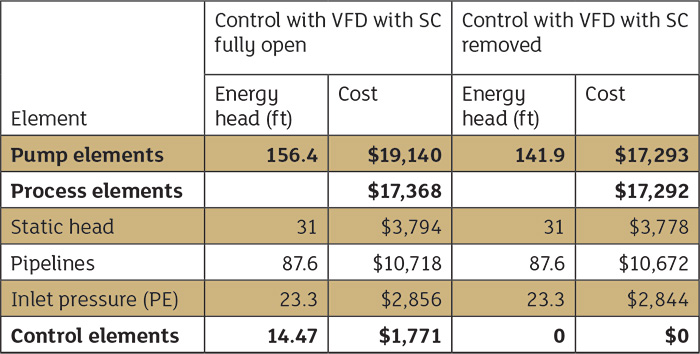 Table 1. Power cost balance sheet showing changes to the spray control valve in this example (Courtesy of the author)

The power cost balance sheet shows that the power to operate the process element is nearly the same after the static head, the flow through the pipelines and the inlet pressure to the spray nozzle are set to 600 gallons per minute (gpm) regardless of the way the system is controlled. When looking at the control elements, we can see that each system improvement reduces the differential pressure across the control.

In each example, the system was able to meet its operating requirements while minimizing the amount of energy that was to control the system.

Getting Back to the System

Now that we have the power cost balance sheet for controlling with the VFD, we can follow up on the plant discussion. The option of using a VFD with the spray control manually set to the fully open position reduced the pumping cost by $6,832 per system. We still have $1,771 of cost for the control valve, even though the valve is at its fully open position.

The option of using the VFD with the spray control valve eliminated from the system reduced the power cost by $8,672 per year.

Using the second approach, we can see that by controlling the system and not adding excess pump head, and then removing it in the control valve, we were able to meet the system requirement while minimizing operating costs.

When this review was complete, the plant managers decided to control the system using a VFD and to leave the spray control valve in the 100 percent open position. This reduced the number of system changes and provided them with a way to return the system to the as-found condition in the event of unforeseen problems with the new control system that could put the system out of commission.

If the new control method using a VFD worked out as successfully as planned, they could always remove the spray control valve and achieve an additional $1,771 excess energy across the fully open control valve in the future.