A 15,000-pound impeller with broken vanes presents an opportunity to improve the original design.
by Jeff Aliberti
by Gary Boudreau
Allen Pump
03/31/2017

An ongoing challenge in the industrial world involves aging equipment. Pumps and systems designed a half-century ago are expected to handle today’s workload. Too often, dwindling budgets and production pressures force quick turnarounds on repairs, causing operators to miss opportunities to improve reliability and efficiency, as well as reduce the equipment’s life-cycle cost. 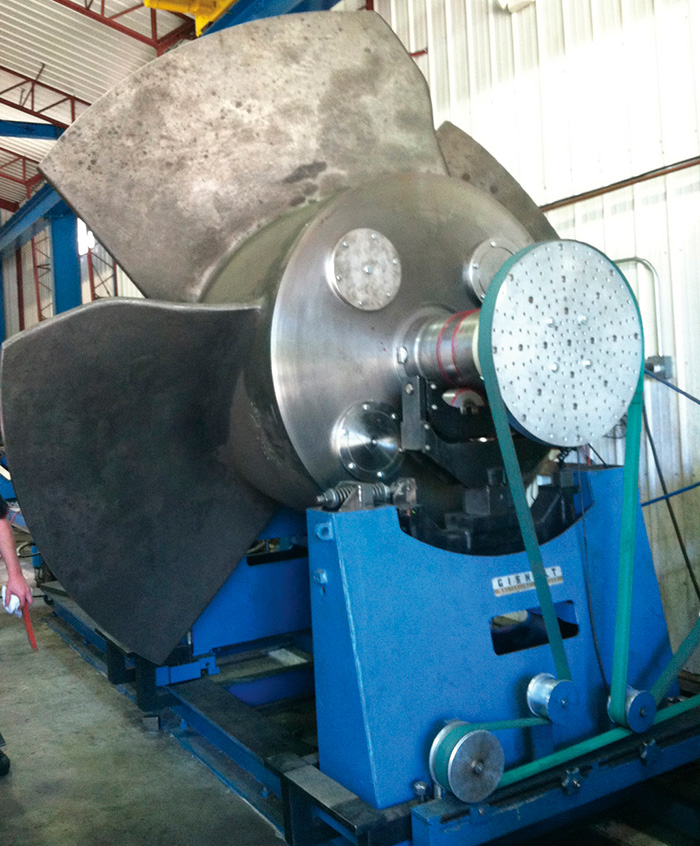 Pumping systems have numerous variables, requiring time to better understand application details and how each pump operates within the system and its environment. Upon failure or loss of efficiency, an in-depth documented failure analysis should be conducted to identify the failure mode. Oftentimes, simple procedural changes can extend pump life. When catastrophic or recurring failure modes are present, an opportunity exists for engineered upgrades.

A large port city in the Northeast U.S. was scheduled to run a typical functional test on its 650,000-gallon-per-minute (gpm) hurricane barrier pumps. The pumps’ function is to protect the city when high seas surge; in an event, gates are closed and water is pumped out of the river bay.

In the test, when Unit 5 started, the entire building that housed the equipment shook violently. Once the shaking stopped and the pump appeared to settle, the team noticed that there was no flow output.

After a quick visual inspection, maintenance personnel determined that the vanes had broken off from the 15,000-pound impeller. The gates were then dropped to isolate the suction pit from the river bay. Two diesel pumps were brought in to dewater the pit. 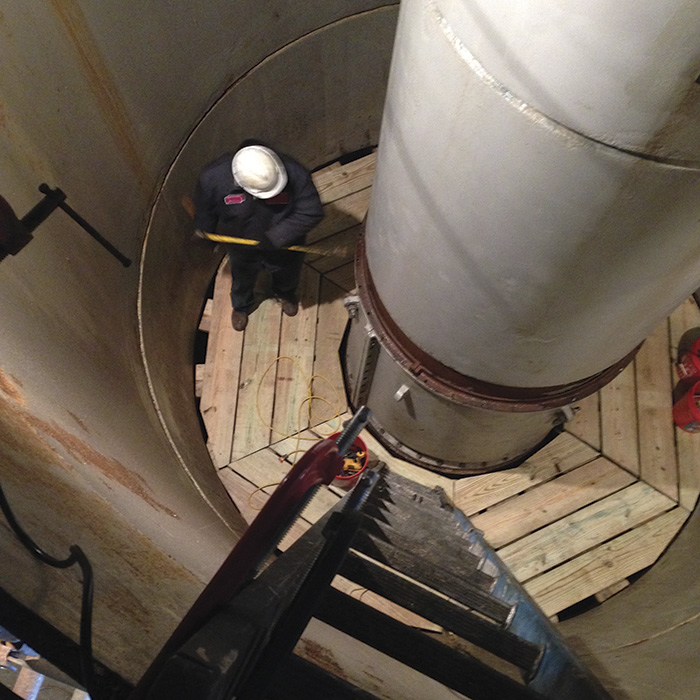 Running the dewatering pumps for more than 36 hours without emptying the pit revealed an obstruction that blocked the isolation gates.

A diving team was then commissioned to locate and identify the obstruction. The investigation found that a vane had broken off the rotating element and lodged under the gate. After cranes pulled the gates and removed the impeller vane, the gates dropped again and the suction pit was dewatered. The impeller was detached from the shaft, lowered out of the suction bell, rotated 90 degrees and pulled out of the pit.

After a thorough inspection, the maintenance team attributed the impeller vane cracking to multiple factors. The type of material, Ni-Resist Type 1b cast iron, was used in the early 1960s and specified by the U.S. Army Corps of Engineers to be used on the wetted components of the hurricane barrier pumps. The material contained large graphite flakes and had excellent corrosion resistance in the harsh environment, but it is not recommended today for rotating components because it does not possess enough ductility and is brittle under stress. A modern ductile Ni-Resist conforming to ASTM-A436 and containing 18 to 22 percent nickel has more than twice the tensile strength of the original material and allows the option of weldability. 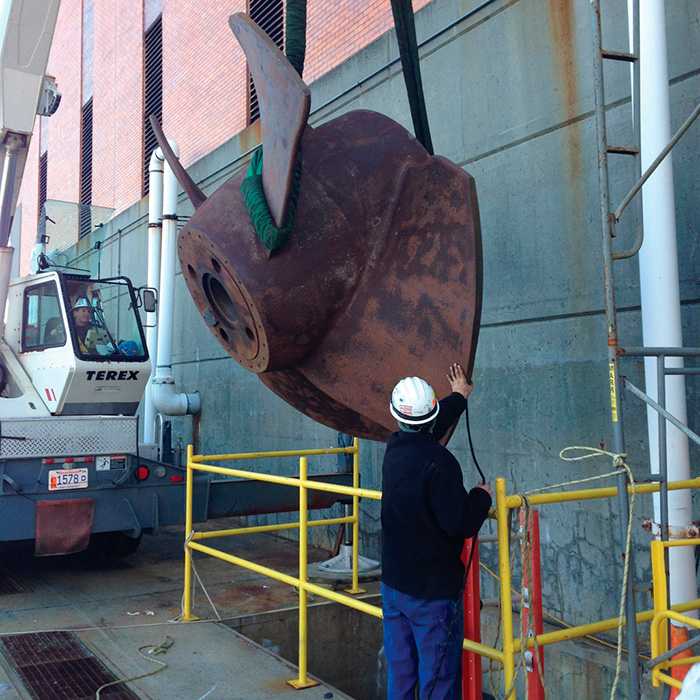 Image 3. The broken 15,000-pound impeller is being removed from the pit.

In addition, a latent defect was found in the casting of the vanes. The leading vane hub root area varied from 0.62 to 0.75 inches thick, while the vanes had an overall thickness of 1.5 to 2.0 inches. This root area was relatively thin with a high stress point and most likely had micro-cracking that resulted from rapid cooling at this section when it was originally poured. It was not known if this was a design problem with the original hand-sketched drawings from the early 1960s before the development of engineering software.

While in service over a long period of time, the numerous micro-cracks in the original casting structure had greatly increased in size because of residual stresses, vibration, operating impacts and other environmental conditions. The original material and poor design contributed to the catastrophic failure.

To reverse engineer this 119-inch impeller, a vane had to first be reattached using a metal stitch process. The broken vane was matched to the original location and locked in position before two additional sets of locks were installed.

The impeller was then digitized using two different methods to create a 3-D model. The vane surface profile was acquired by scanning 8-inch-by-8-inch sections with a laser imaging process before layering to produce a point cloud for the actual cast surface contour. The bores and non-vane areas were recorded with a portable laser scanner.

Based on the data acquired, an opportunity existed for an engineered upgrade. The new impeller was designed with a 25 percent increase in service factor, creating a more robust design. The design change equated to an approximate minimum vane thickness of 1.63 inches with a maximum of 2.00 inches. The hub root areas were changed to a 2.5-inch radius on both sides of each vane.

Another design upgrade was the addition of four 8-inch-diameter core holes on the discharge side of the impeller hub. Each hole was machined to accept a blank flange made of the same upgraded metallurgy. These flanges allow for internal correction balancing weights to be added as needed to achieve optimal impeller balance. These changes did not affect the form, fit or function of the impeller. 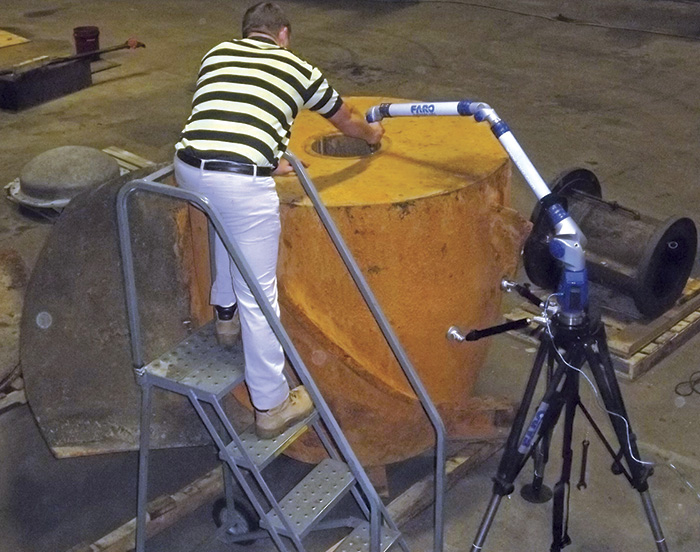 Image 4. A portable CMM is used to capture dimensional data from the old impeller.

Pump failures can present an opportunity to improve the original design. Engineered pumps require qualified repair and manufacturing partners that understand the intricacies of pump hydraulics. These partners can provide the engineering support and documentation necessary when reverse engineering and upgrading pump components.

In this case, multiple technologies and methods were used to obtain the desired result in a cost-effective and efficient manner. Unit 5 was successfully started prior to Hurricane Irene, which hit the East Coast of the U.S. in 2011. The upgraded pump was used during the storm surge, helping keep the port city safe.

Jeff Aliberti is the Southeast regional sales manager for Allen Pump. He and his team service the engineered pump needs of the power and heavy industrial markets for the eastern U.S. He may be reached at jeffaliberti@allenpump.com.