The Clean Power Plan and emphasis on efficiency are moving power utilities to optimize pumping systems.
by William Livoti
12/07/2015

While the industrial sector struggles to survive in the U.S. market, the Environmental Protection Agency (EPA) continues to add regulations that further impact the already slim profit margins for many industries, especially those that are large power users.

On Aug. 3, the EPA issued its Clean Power Plan for Existing Power Plants, which requires states to reduce carbon dioxide emissions by 32 percent (from 2016 levels) by 2030. Some call this Obama's "war on coal" because it will force power utilities to shut down coal-fired power plants, while supporters claim that the regulations help address environmental and health concerns. The fleet of coal-fired plants has already been reduced from a high of 55 percent to today's level of approximately 38 percent.

While the U.S. government works to reduce emissions through increased regulations, it has not yet developed a national energy policy that will give investor-owned power generators—which make up 78 percent of utilities—some direction. Still, power utilities are required to deliver reliable power to the grid on demand.

As a result of this challenge, utilities are implementing energy efficiency programs. Many of the large progressive utilities, including Southern Company, Duke and Xcel Energy, have had programs in place for several years. A number of nongovernmental organizations (NGOs) have also stepped up to the plate. Given the potential impact on profits, the industrial sector would benefit greatly from more aggressively embracing energy efficiency.

Energy efficiency, however, will only delay the inevitable. The U.S. industrial sector requires reliable power to meet production needs. Some industries have renewed their combined heat and power (CHP) plants to reduce their dependency on the grid.

Will the price remain at this level? If history repeats itself—and it usually does—the answer is no. As fuel costs increase, power utilities will pass the cost on to consumers. Also note that as natural gas prices drop, utilities reciprocate and pass savings to their customers.

This, however, does not address the issue of reliable power on demand. As power companies decommission coal-fired plants, by some estimates as much as 90 gigawatts by 2020, what will happen to the grid? How can industrial power consumers protect themselves from power pricing uncertainty? The following data, provided by the

Wall Street Journal on Aug. 10, looks at power generation from a cost perspective.

Cost per megawatt-hour for a new NGCC plant is approximately $73.40 because of the upfront capital costs. The cost per megawatt (MW) is affected by many factors but mostly by the facility's "capacity factor," which is the percentage of time it will produce its full-rated output. A typical condensing steam power plant such as coal or combined cycle will have a capacity factor of 85 percent or greater. By comparison, a typical wind generation facility will have a capacity factor of about 30 percent, while solar is about 18 percent. 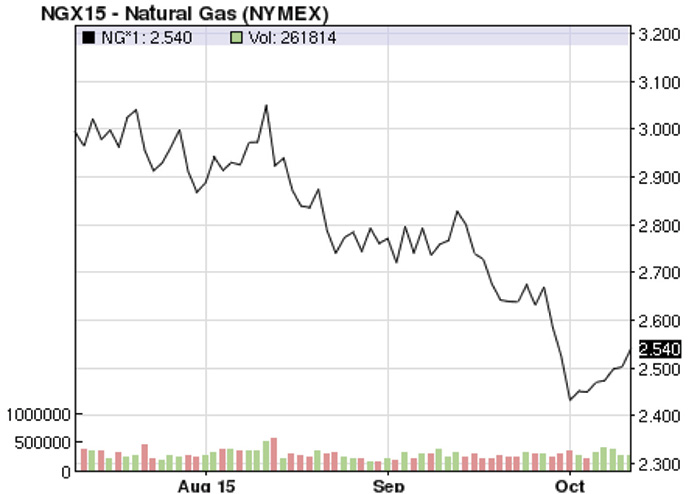 The current fleet of coal-fired power plants were designed to operate at "base load" because of the mix of renewable energy and the environmental issues mentioned previously. Coal plants are now "swinging" plant load to meet grid requirements. As a result, the plant heat rate/efficiency and reliability are taking a hit. This is one of the biggest issues confronting the power industry today. The fact that many of these plants are 40-plus years old only adds to the challenge.

Improving the efficiency of energy systems will be instrumental in solving the energy and environmental problems of the future. To improve efficiency, power generators must embrace new technology when building or upgrading power supply systems. This requires using fuels more efficiently so that less damage is done to the climate and equipment. Higher efficiency means lower fuel consumption, fewer pollutant emissions, greater reliability and improved efficiency.

The most important indicator for the energy efficiency of a power plant is its electrical efficiency. If the plant load is reduced, the heat rate/efficiency drops. Most utilities focus on just the heat rate, but other factors should be considered, including thermal efficiency, capacity factor, load factor, economic efficiency and operational efficiency. These factors can be impacted by improving pump system efficiencies, specifically in critical process areas.

For coal-fired power plants, improvements in efficiency primarily depend on two variables: increasing the two steam parameters, pressure and temperature, and reducing losses in the steam water cycle.

To improve pump system efficiency, one must take the entire system into account beginning with the input power. Focusing on individual components for efficiency improvements can often reduce the overall system efficiency and potentially the reliability as well.

Efficiency is as much about improving a pump system's reliability as it is about reducing energy costs. This is because greater efficiency reduces wear and tear from heat and vibration, lengthening the life of equipment and reducing downtime for maintenance and repairs.

As mentioned, many coal-fired power plants no longer operate at base-load capacity (33 percent efficiency), so variable frequency drives (VFDs) on certain fixed-speed pump systems can greatly enhance plant performance at off-peak loads. In these scenarios, VFDs can significantly improve the unit heat rate by reducing energy consumption and friction across valves and by allowing the pump to operate at its best efficiency point (BEP).

Heat rate is equal to 3,412.14 British Thermal Units/kilowatt hours (Btu/kWh) divided by the thermal efficiency of the plant (no units), so the answer will be in Btu/kWh.

Energy efficiency will play a key role in achieving sustainable growth for both utilities and industrial customers. Embracing new and innovative technology, as well as change, will determine the future success of industry in the U.S.

William Livoti is the power generation business development manager for WEG Electric Corporation. Livoti may be reached at wlivoti@weg.net.