The European pump industry continues to operate in an environment governed heavily by regulations. In the context of this article, the term “regulations” does not refer specifically to pump performance standards, such as vibration, testing procedures, efficiency requirements, net positive suction head (NPSH) guidelines, etc. These, of course, are always in the background. 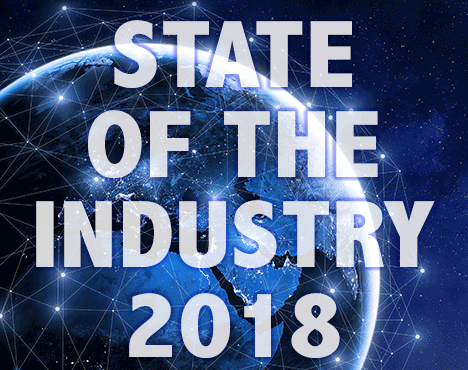 What is referred to here are those regulations that are developed through the various European Union (EU) governmental agencies and implemented by the governments of each country. Some of these are directly related to the pump industry, and the writing of these can be strongly influenced by Europump. Others are of a more general nature and although Europump can have input, so do many other groups from different countries, each with its own agenda and goals. In these instances, Europump often publishes guidelines to help members in implementation and compliance. Because of the complexity of forming a consensus and developing regulations in a multi-national organization, implementation can take a significant amount of time—often more than five years and, in some cases, much longer.

Therefore, there are always “on the radar” potential regulations that can have significant impact on the pump industry. Some are clearly positive from the industry standpoint, and the effect of others cannot be determined. All companies need to be aware of the potential effects of these future regulations as they are implemented and enforced. As we start 2018, two that could have significant cost implications for the pump industry are:

PEF – Product Environmental Footprint. A PEF is the measure of the absolute environmental impact over the full life cycle of a product in a specified application. The ultimate goal of this legislation will be to allow customers to compare the carbon footprint of competing products and select the most environmentally friendly. This is moving forward slowly since the development of the calculation criteria is extremely complex. The implementation time frame cannot be determined, but the best estimate is that it will be after 2021.

WEEE – Waste Electrical and Electronic Equipment. This directive became European law in February 2003 and set goals for recycling of all types of electrical and electronic goods. At this point, it only applies to consumer goods, but there could be expansion into industrial products. The pump industry in Europe is keeping a close eye on this issue because if the industry does come under this directive, the costs of implementation will be high. Some countries at this time are putting trial programs in place for evaluation. Europump is producing a guideline on WEEE for member countries.

In addition to these regulations that are on the horizon, several others have been (or are in the process of being) updated and have changed requirements that need to be implemented in either design, production or documentation. These include:

All of these affect not only the European pump industry, but also manufacturers that export pumps into the EU, so companies exporting into the EU must also be aware of and comply with applicable requirements.

Discussions with company CEOs, consultants and national associations indicate that 2018 is seen as having a potential slight increase in sales over 2017 of up to 2 to 4 percent. There is optimism that large projects will continue to be implemented. In this, the general outlook is uniformly positive, with the exception of the UK where uncertainty over Brexit and future trade relations with the EU has resulted in companies being a bit more cautious.

One downside often mentioned is that due to increasing demand, the competition for materials is increasing and delivery times continue to lengthen as a result.

Another issue pointed out by one CEO is that the market penetration by Chinese pump manufacturers has in the past been limited by quality problems. But it seems that they are gradually addressing this problem and product quality is noticeably better than in the past. It is expected that imports from China will eventually be more competitive with European manufacturers than they are today.

Unlike a year ago, there appears to be uniform opinion that, in the short term, there are no significant external or internal political threats. The Euro crisis and Brexit (with the exception of the UK, where it is a major concern) seem to have faded somewhat into the background. Russia is considered to need to grow its own economy significantly to maintain internal control and keep people satisfied. North Korea is not even on the radar.

However, the long-term situation is not so clear.

All over Europe, one sees that the challenges of globalization, coupled with an EU political structure faced with the difficulty of integrating multiple political cultures as it continues down the path of an ever closer union, have robbed many mainstream political parties (and the EU in general) of some of their legitimacy. Not only Brexit, but recent votes in Germany, Austria and France have revealed countries in which a sizeable percentage of the voting populace has lost faith in the mainstream postwar political order as it has been represented by the mainstream political parties. For example, France’s current president heads a political party that did not exist three years ago.

The impact on business decisions in the short run will likely be felt in the exchange rate—not only the U.S. dollar to euro rate, but also other European currencies in relation to the dollar as well. All things equal, one might expect greater fluctuation in the European currencies than what has historically been the case. While serious political instability is unlikely, it is too early to say what possible changes in the European system could occur. What seems certain is that the current political system in Europe will change. We can expect this will have a significant impact the future economic environment as well.

By Todd Loudin President, North American Operations, Flowrox Global markets should continue to improve in 2018, but growth is expected to be in the 2 to 3 percent range. The U.S., Europe and APAC (Asia Pacific) will lead the growth. Other regions of the globe may experience continued low growth. Cement and building materials in developed economies will likely be more robust with increased housing, commercial and infrastructure projects. The oil industry will likely show modest increase in Brent Crude and natural gas. The development of improved oil prices will likely be closely tethered to global economic growth and stability. The chemical industry has strengthened in 2017 and will continue to show signs of growth in 2018 (especially in niche specialty chemicals). In the mining industry, recruiting has increased 10 percent in 2017. The price stability of base and precious metals has improved, and investments in mining will increase in 2018. However, in mining we are not likely to see numerous greenfields projects, but rather investments or expansions in existing facilities producing only modest growth. Pulp and paper is expected to show little or no growth this year. Water and wastewater investment will continue to show better growth into 2018 and several years beyond. Lack of investment in new equipment and capital goods has limited productivity growth around the globe. The Industrial Internet of Things (IIoT) coupled with increased investment in new equipment will likely produce significant productivity gains. There are too few corporations fully enjoying the benefits of IIoT connectivity. Many companies and industries say they will develop their IIoT strategies in the next few years. IIoT solutions have significant opportunity to transform almost all industrial processing operations. Some lead economic analysts have stated that IIoT will produce a new industrial revolution. Some companies that have fully employed the benefits of IIoT are experiencing impressive results such as: increased productivity of up to 10 percent, decreased downtime of 3 percent, increased profitability 5 to 10 percent and a reduction of fuel or energy costs of 2 percent.

Thomas L. Angle, P.E., is Geschaeftsleiter (CEO) of Swiss Flow solutions GmbH. He may be reached at tom.angle@swissflowsolutions.ch.