Shifting trends in water use and a changing sewage composition cause complex problems for the world’s sewer systems.
by Horst Sturm
11/03/2015

The quality of the world’s sewage systems in past years has been influenced by four main factors: design of the system of pipes and valves, the design of the pump sump, the operation concept and the pump itself—including impeller type and design.

In some cases, worldwide wastewater pumping stations that worked well in years past (sometimes 10 or more) are now struggling because of new sewage handling challenges.

In general, the composition of today’s sewage is different than that of previous years with an ongoing trend. The availability and increased use of “non-flushable” wipes in daily processes places added load on sewage handling systems. At the same time, the global pump industry is moving steadily toward a sustainable environment that requires low energy consumption and high efficiency for all energy-relevant machines and processes.

In many cases, increased use of wastewater infrastructure leads to uncontrolled input into sewers. Plastic bags, hygienic articles and, in extreme cases, even tires from cars are found in sewer systems that were not designed to handle the extended load these items place on the system. 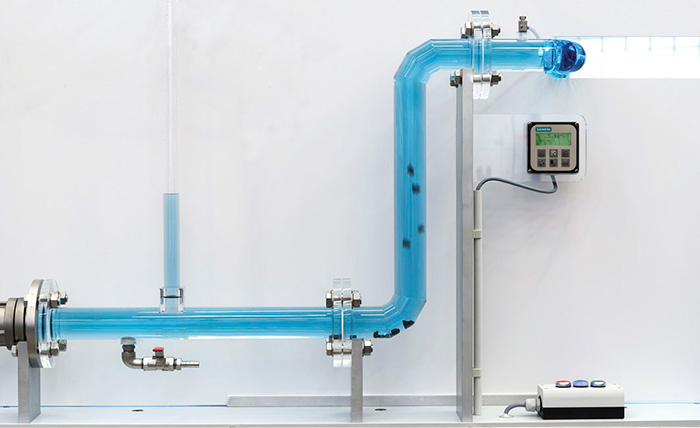 Image 1 shows a test and demonstration model regarding flow velocity. Solids as they may appear in sewage pipes are inside the flexi pipes. The flow velocity is modified by a pump in the back and measured with a flow meter. The flow velocity influences the transport of the solids in the horizontal and vertical pipe. Even if different kind of solids are used, the impact of wipes in the real world would require an even higher minimum flow velocity to transport the composition in the system. 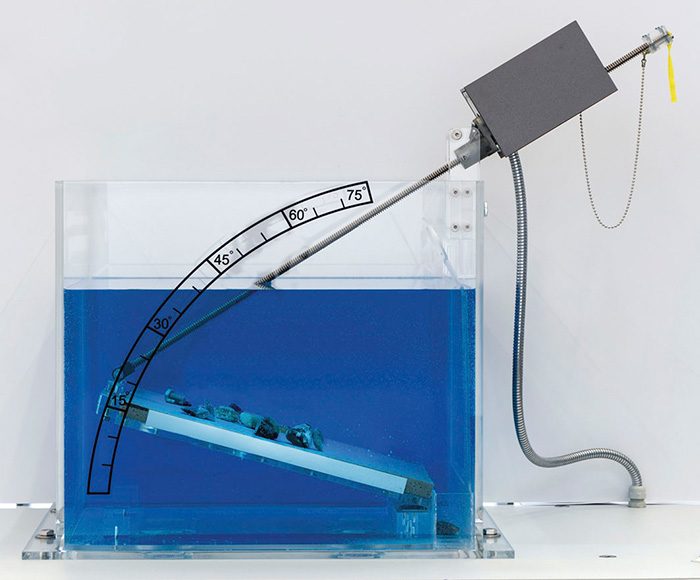 Image 2 shows that some solids are lying at a sloped (baffle) wall. The angle of the slope of the wall can be changed. A certain angle is needed to enable the solids to move down.

The situation in many developed countries is even worse. The cost of water is rising nearly everywhere, resulting in a boom in water-saving devices such as showerheads, toilets and washing machines. Private households across the globe account for approximately 80 percent of water consumption, while commercial companies consume much less. Increasing quality of life leads to better hygienic behavior but also decreased consumption of water in most industrial countries, especially in Europe. This trend, in turn, is leading to heavy solid loads and more rags in the wastewater. Modern habits equate to transporting higher solid loads with less water.

In countries like the U.S., water prices are still rather low, so daily water usage per person is much higher. (In 2007, the average was 295 liters or 78 gallons per person per day.)

The infrastructure of water supply systems—including pipes, valves and other equipment—is typically more than 50 years old and outdated, requiring substantial investment to upgrade. Unfortunately, most municipalities do not have the funds and are reluctant to raise the price of water. The water shortage in the southern and western regions of the U.S. complicates the matter.

Old pipes and systems combined with less water and higher loads negatively affect the entire system—not just the pipes but also the pumps and valves. If the diameter of the pipes remains the same as the volume of water flowing through the system decreases, velocity declines and the flushing effect cannot work properly. The impact of sink velocity is more dominant than the horizontal or the vertical flow velocity.

With the increased use of variable frequency drives (VFD) operation with a lower speed of pumps, flow velocity decreases even more, causing the system to crash from clogging.

Increased use and disposal of synthetic wipes that do not break down are negatively impacting these systems. While many manufacturers clearly advise on the package not to flush these products, the warning is often ignored or misunderstood and the wipes are disposed of in the toilet anyway.

These wipes are resistant, flexible and not designed to be fast recycled in a natural way. In the sewerage systems they tend to stretch and braid. Many wastewater pumping stations that have been operating for many years with little trouble are beginning to experience downtime and equipment failures due to these wipes. Recent experience shows that after many years of trouble-free operation, disposal of these wipes can cause damage to the pumping station.

Companies operating the pumping stations are being forced to reevaluate their operation concept, piping system, pumps and other conditions. While efficiency is important, the reliability of the equipment is even more vital. Pump stations in remote areas with pumps that run infrequently face even more challenges.

Parameters such as free passage for pumps that are at least 3 inches as described in the “Ten States Standards” play an important role especially for smaller size pumps of up to 6 inches.

Many large cities in the U.S., for example, recognize the challenging situation and are doing awareness campaigns to inform citizens about wastewater infrastructure challenges and to encourage them to avoid throwing wipes, rags and other non-disposables in the toilet.

Many pump manufacturers are helping to solve the challenge with new technical solutions.

Part 2 of this series will discuss cutting or macerating technologies as a means of solving today’s wastewater challenges. Read it here

To read other articles in this series, click here.

Horst Sturm is vice president of business development at KSB Inc. He has worked in the wastewater industry for KSB since 1990 in different fields and functions.