In these days of tightened capital and operating budgets, one thing that is always a front-of-mind concern for OEMs as they design and fabricate an air-operated double diaphram (AODD) skid system is how to streamline operating costs for end users. A cost-effective pump is one way to get their attention. This requires a balancing act from the pump manufacturer: finding a way to offer equipment at an attractive price point while still producing competitive products that reliably do everything they need to do.

This is where a pump’s operational flexibility enters the picture. Flexible pumps can be valuable since they allow OEMs to design system costs effectively. With that in mind, the versatility and flexibility of a multiport and multiposition AODD pump allows OEMs to design skid systems so that costs can be reduced or eliminated through: 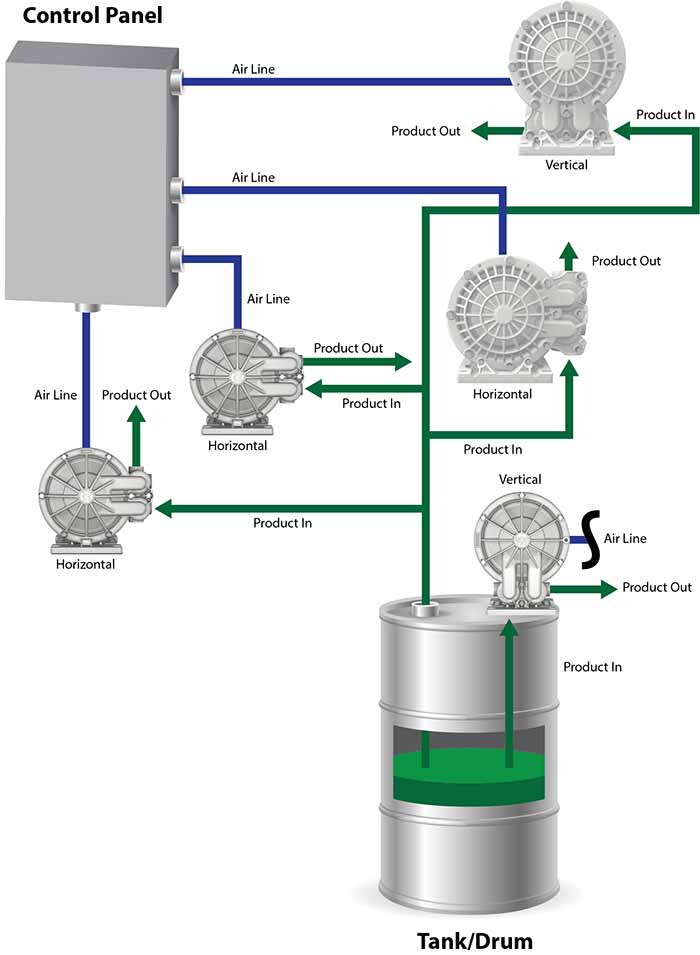 Image 1. The compact size and multiple mounting options of some AODD pumps provide the flexibility to meet the user’s system or skid space requirements no matter the configuration of the application. (Images courtesy of Wilden)

Due to the space constraints that many OEMs face, the pump must easily fit into the system’s existing infrastructure with minimal repiping or remodeling. Here, the pump must be flexible enough to work within
the system’s requirements, rather than the system being forced to work around the new pump.

Simply put, adding a new pump that requires a system redesign with its inherent costs is difficult for the OEM to swallow.

When the pump has been selected and installed, the next demand is an obvious one: it must work when needed, every time and without exception. When plant operators turn the air “on” for AODD pumps, they expect the pump to begin delivering fluid immediately. However, there may be certain limitations in the pump’s operational capabilities that make this difficult.

Startup pressures.
This is an issue because AODD pumps require high inlet air pressure to begin operation, but often there may only be a small amount of air available in the system. Another concern at startup is an application that may require low but accurate flow, which can only be achieved with low air pressure. In these cases, an AODD pump with inconsistent startup pressures may not begin operating when needed, or it may start up adequately when the pump is newer, but experience startup difficulties as it ages. In any case, these inconsistent and unreliable startup capabilities are unacceptable.

Failure to prime.
Typically, AODD pumps have different suction-lift capabilities that are determined by the amount of air pressure that is provided to the pump. In many instances, the pump’s suction lift is best when it is running slowly but degrades as it operates faster at higher air pressures. So, if the system’s air pressure is not at the optimum point on the suction-lift curve, it may fail to prime. To combat this, a system designer can add a three-way valve or design into the programmable logic controller (PLC) “soft start” capabilities that will allow the pump to prime properly. Both options will add cost and complexity to the system. Systems with large amounts of valving and piping require a pump capable of pulling liquids through multiple tight piping runs. Here, a pump that can create high suction-lift capabilities is needed to overcome the restrictive piping.

One thing OEMs and their customers will not tolerate is a pump that leaks. While most pump models will not leak when they are taken out of the box, over time they can become susceptible to liquid loss as seals wear and the
pump absorbs the abuse of hundreds of thousands of operating cycles. This is true for users that handle thin liquids, such as surfactants. Also, in many cases the liquids that are being transferred are potentially hazardous if not contained properly, in which case leak-free operation is nonnegotiable.

Most diaphragm pumps are developed to use a face-seal design that relies on two parallel surfaces to be held in tension by a fastener that compresses a seal between them. This design works well and is used in many pump technologies, including a majority of legacy AODD pump designs. However, as the pump operates, there is the potential for the effectiveness of the seals to be affected by torque decay on the fasteners. This can be caused by the normal operation of the pump, or by outside factors, such as environmental temperature swings or the composition of process fluids.

Bore-seal design in newer AODD pumping models relies on fastener force that is perpendicular to the seal face with the distance between the two parallel surfaces kept consistent to optimize sealing.
Since the fasteners are only required to hold the two surface faces in a consistent position, if any torque decay occurs it will not compromise the integrity of the seals.

The advantages are that the fasteners play no role in maintaining the seal.

Any mild to moderate torque decay should not adversely affect the pump’s leak-prevention abilities. This should result in improved sealing over time, which is significant when thin or hazardous liquids are being transferred.

Erik Solfelt is the diaphragm pump product manager for Wilden. He may be reached at 909-422-1741 or erik.solfelt@psgdover.com. For more information, visit www.wildenpump.com.