The last straw for Larry Krause was when one of his workers fell out of a boat into a 30-million-gallon wastewater lagoon. At the time, Krause was superintendent of a Minnesota food processing plant, responsible for managing the operation's wastewater and solving its odor problem. Like the owners of many facilities, Krause's management team had turned to surface aerators, also known as "splashers." Krause's employee was trying to repair one when he fell out of his boat.

"They have their place in certain applications but not in these lagoons," Krause said. "The mixing blades were only stirring the top 6 feet of the lagoon, and the lagoon was twice that deep. We were trying to mix in oxygen, and we were adding deodorants, plus we had a safety issue—guys had to go out in duck boats to repair those splashers, breathing in aerosols and worrying about falling in. It spurred us to find something better."

Krause and his colleagues replaced their surface aerators with a recirculation system that used one manufacturer's specialized Venturi injectors and mixing nozzles placed at an optimal depth to solve their odor problem. The injector system uses a fraction of the energy of the old system through the use of shore-mounted pumps and the laws of physics—no blowers or compressors—to maximize efficiency.

After retiring from the food business, Krause joined Neil Dornbusch & Associates in New Prague, Minnesota, to promote the injector systems to other lagoon managers.

The manufacturer's specialized Venturi injector utilizes the physics of fluids with no moving parts. When pressurized water enters the injector inlet, it is constricted toward the injection chamber and changes into a high-velocity jet stream. The increase in velocity through the injection chamber results in a decrease in absolute pressure, creating a vacuum and enabling air to be drawn through the suction port and entrained into the water stream. 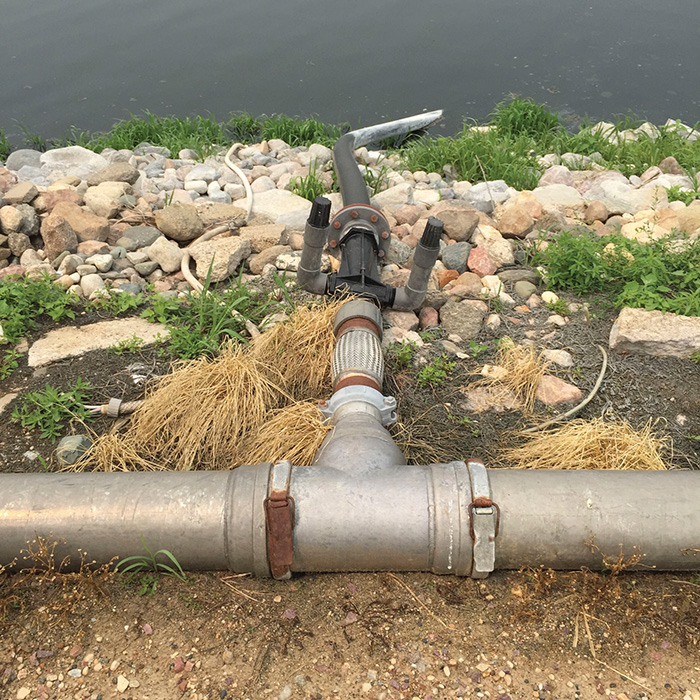 Image 1. Specialized injectors use the laws of physics to efficiently oxygenate water without any moving parts. The pressure differential between the water entering the injector and that of the water exiting the injector (pictured) draws air into the system, where it mixes with the stream. (Images and graphics courtesy of Mazzei Injector Company LLC)

As the jet stream is diffused toward the injector outlet, its velocity is reduced, and it is reconverted into lower-pressure energy. These Venturi injectors' unique and patented design permits them to initiate suction when the outlet pressure is only 20 percent less than the inlet pressure in most models.

As the water and gas mixture flows downstream, gases that have not dissolved start to coalesce at the top of the pipe. The mixing nozzles located downstream of the injector impart additional mixing by shearing the coalesced gas, creating micro-bubbles that have a higher surface area, which is optimal for allowing the rest of the gas to mix into solution.

By the time the gas/water solution leaves the nozzle, it is like a cloud of mist filled with tiny bubbles. At that stage, the water is traveling at 20 to 25 feet per second, continually shearing the bubbles and aggressively mixing them. The repeated shearing of the bubbles reduces the impact of the grease, surfactants and grime in wastewater that can coat the surface of bubbles and interfere with aeration, resulting in a high alpha factor. The shear renews the gas/liquid interface and, by constantly chopping it up, exposes new parts of the bubbles.

Optimal positioning of the mixing nozzles at the bottom of the lagoon does more than put additional wastewater in the path of oxygen. It takes advantage of the fact that oxygen transfer occurs more effectively under higher pressure—exactly the conditions found beneath 30 million gallons of liquid.

That positioning neatly addresses one of the major challenges that surface aerators face. "They're wasting a lot of their energy up at the surface, where the solubility potential is a lot lower," one of the manufacturer's representatives said. "And because gas naturally tends to float upward in water, it's difficult for surface aerators to push oxygen lower into the lagoon."

Energy savings is one major benefit of a Venturi injector system, Krause said. Converting to an injector system reduced one user's energy bills by more than 30 percent. They replaced 16 surface aerators and simplified maintenance dramatically. "The only moving part is the pump," he added.

Designing an injector system for a wastewater lagoon is a team effort that taps the skills and experience of the end user, a local engineering firm, pump suppliers and the manufacturer's in-house engineering team. 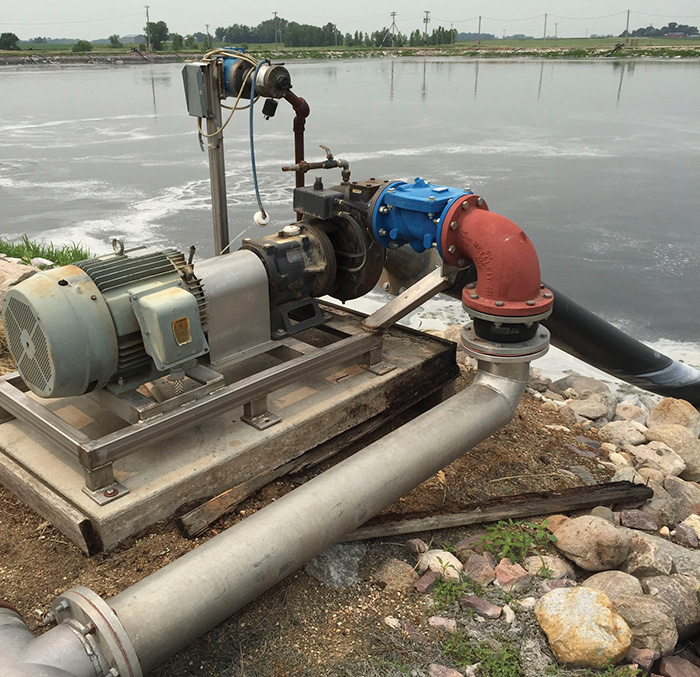 Image 2. All pumps for this Venturi injector system are shore-mounted, making maintenance and repair convenient and safe. Pumps represent the only moving parts in the system, reducing energy demand. 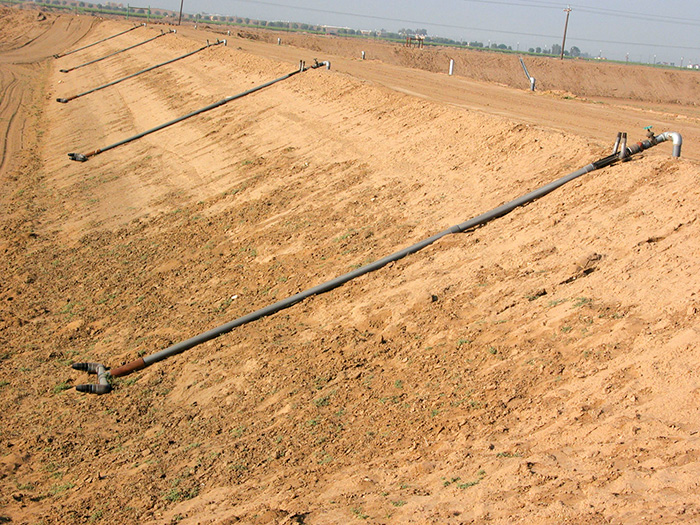 Image 3. Because of their unique design, these mixing nozzles enhance gas/liquid mixing, gas transfer to the lagoon wastewater and circulation in the lagoon. 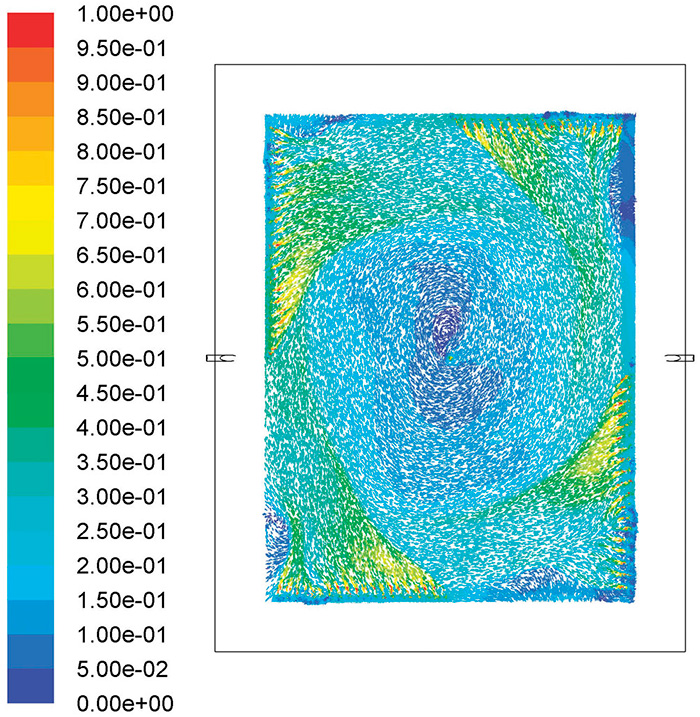 The user's goals help to drive the design process. "If they're just trying to control odor, they won't need as much oxygen," the manufacturer's representative said. "They'll want just enough to prevent the lagoon from going septic, the conditions where anaerobic bacteria can produce hydrogen sulfide, the biggest odor-causing compound. If they want to reduce the biochemical oxygen demand, or BOD, it will be a more intensive system."

With a wide range of variables governing oxygen transfer in wastewater, designing an injector system starts with sampling the wastewater. Based on the physical and chemical properties of the samples, the manufacturer calculates the volume of oxygen needed to achieve the desired level of oxygenation. The manufacturer also factors those variables into computational fluid dynamics (CFD) models to plot the flow of gas and liquid through the lagoon, ensuring the optimum placement of nozzles.

Pump experts, like the team at Neil Dornbusch & Associates, can spec pump systems to ensure a specific water flow and oxygen draw through the injectors. Engineers can design more efficient lagoons because of the efficacy of injection aeration. If the water table and site permit it, designers can develop a deeper lagoon with a smaller footprint by using a Venturi injector system.

Most Venturi injector systems are designed with multiple pumps. In the summer, more pumps and injectors may be required as conditions make it easier for lagoons to become septic. In cooler weather, operators can turn off a few pumps to save energy and perform annual maintenance on the pumps without turning off the system. Annual maintenance on the pumps is typically all that is required to keep the injector systems running efficiently.

Jim Lauria is vice president of sales and marketing for Mazzei Injector Company LLC, a fluid design company that manufactures mixing and contacting systems. He has a bachelor's degree in chemical engineering from Manhattan College and has more than 20 years of global water treatment experience in the agricultural, municipal, industrial and commercial markets. He may be reached at jlauria@mazzei.net.