Insulating Over Rubber Expansion Joints: A Good or Bad Idea?

If an end user were to install a typical rubber expansion joint in a system needing insulation to cover the joint in a "hot" application, that individual must consider the probability of failure resulting from heat exposure. 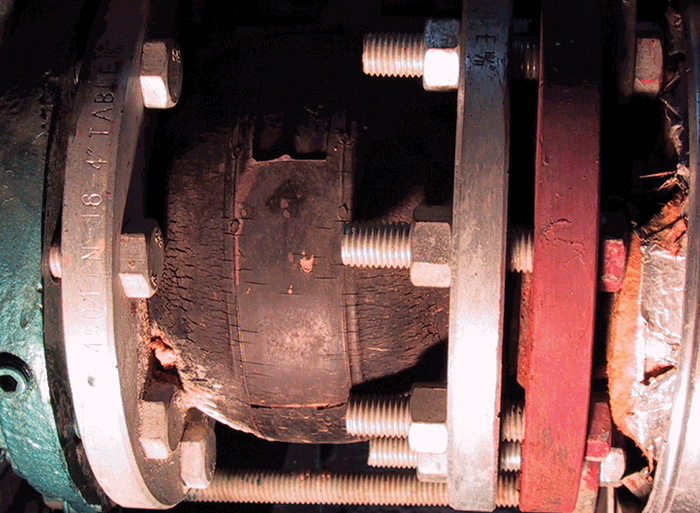 Figure 1 depicts this deterioration of an elastomer expansion joint.

In addition, the pressure-restraining reinforcing materials (polyester or nylon) can start to break down under the heat. This could eventually lead to a catastrophic failure (see Figure 2). Rubber expansion joints should be allowed to "breathe" to atmosphere in order to let the heat escape. This will keep the joint hydrated during operation. Atmospheric cooling helps maintain the operating temperature below the material limits and reduces the adverse effect of elevated temperatures. 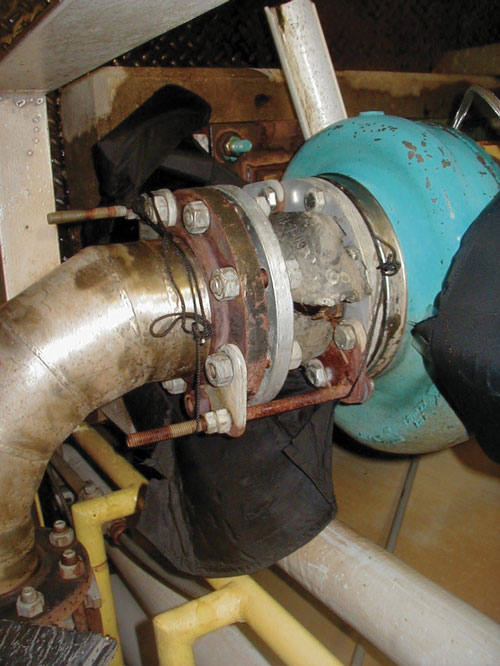 Another question users ask is if they can use heat tracing to wrap around their joints. This is also not a good idea.

While heat tracing does provide benefits to the system by keeping piping at a constant or near-constant temperature, wrapping the expansion joint with heat tracing can concentrate the heat in a limited contact area, burning the outer rubber cover (typically 1/16-inch thick) and working its way into the pressure-restraining reinforcing materials (polyester or nylon).

Over time, the expansion joint will become weak, which could result in a catastrophic failure.

If the two practices mentioned above are not recommended, how then should users keep heat loss to a minimum?

The thermal conductivity of elastomers is so much less than that of metal (two orders of magnitude) that they actually act as an insulator. The heat loss through an expansion joint is minimal compared with a metal pipe and even less compared with a metal expansion joint, which has a high surface area because of the multiple number of convolutions required to accommodate motion. So the need for additional external insulation to keep process thermal energy may not be necessary. 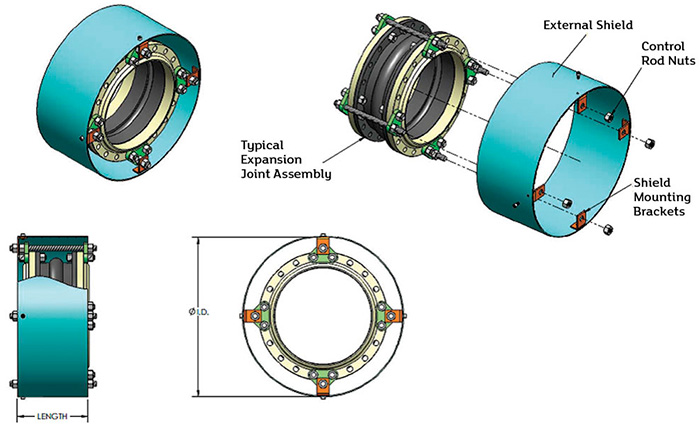 When the application is in question regarding whether or not to insulate over a rubber type expansion joint, the safe route for the joint's longevity is to avoid this common practice.