How an aftermarket pump rebuilder joined a California county to engineer a cost-effective upgrade.
by Robby Byrom
by Gary Dyson
Hydro, Inc.
08/29/2018

Many factors, including design and terrain, affect the efficiency and lifespan of any pumping system.

For the West Coast of the United States, most residents face issues from catastrophic heat waves and droughts that plague one of the region’s biggest industries: agriculture.

It is said that California accounts for almost half of the country’s fresh produce and crops, with approximately 50 billion in products per year through the state and another 50 billion in ancillary products, according to the Orange County Register and The Washington Post. California clearly depends on agriculture, which means the risks and consequences that come with being in a semi-arid desert environment only grow greater. 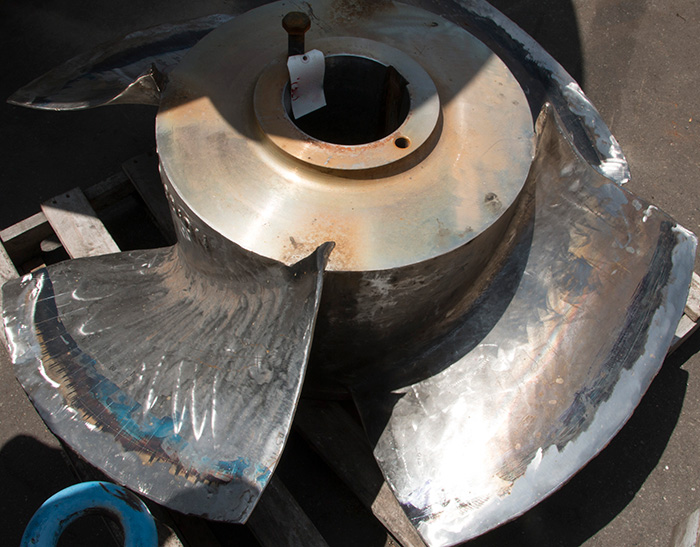 Image 1. The precision engineering and hand machining of this vane is a work in progress. (Images courtesy of Hydro, Inc.)

When Water Is Scarce

Farmland is decimated at every turn. Fruit groves turn into dry, brittle wood piles while farmers abandon their land as once fertile soil becomes acres of desert. In cities, the fear of biohazards inch ever closer with the water supply dwindling. Public service announcements encouraged citizens daily to work harder to conserve.

Still, about 30 dams and reservoirs have been emptied or drained, reaching almost 100 billion gallons of water lost, per www.Archive.org. Add in the additional losses to economic movement from wasted potential labor, livelihood and the estimated losses in the industry at minimum is within hundreds of millions, with the predicted worst-case scenario one in the billions, says the Los Angeles Times.

Though occasional rainfall helps, the state is still lacking water resources. State officials estimate that 80 percent of all water resources are used for agriculture, per The Washington Post. So, groundwater inevitably plays an important role. Devising ways to bring water to the community from rivers, valleys and reservoirs becomes tantamount to survival.

Agricultural pumps are also seldom considered as one of the main runners of the pump industry. California’s industry means that counties’ pumps posed a special exception to the norm when it came to management, repair and replacement. 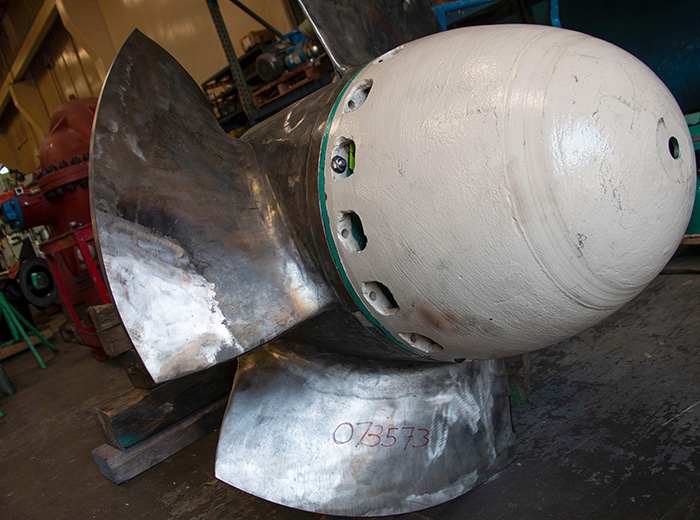 How the Pumps Failed

In fact, a major county in central California found itself in a crisis when its irrigation pumps were not even producing a foot of head, cutting off the critical water supply to the reservoirs and aqueducts. During this time, the county had to borrow water from the adjacent municipality. Between high vibrations during startups, metal on metal grinding and repeated failures, the entire pumping station was down.

The county reached out to the original equipment manufacturer (OEM) who extended their abilities as far as they could. However, the station operators noticed the same problems occurring repeatedly. A county inspector who had a strong background in pump engineering, Kent Kreeger, came out to inspect the issue. After a thorough inspection, he decided the pumps needed a full engineering study.

One aftermarket pump rebuilder has experience with similar issues previously and was able to analyze, deduce and quickly find a working solution. Knowing how critical the role would be, a field service team was mobilized with the full knowledge that time was of the essence, but quality and a meticulous analysis was to be the forefront of their work. The team soon realized after careful consideration and strict observation of how the pumps and the system worked that the issues started from one end, only to result in almost catastrophic effects on the others.

Vibration is considered to be one of the main factors that play a role in how pump efficiency works. Depending on the frequency of the vibration and how it works in tandem with other factors (which may include pump design, environment of the system itself, the metal used, etc.), it is common for end users to see a decline in efficiency and reliability of the pump. It is also likely that end users see an increase in costs due to repairs and energy needed to continue wielding problems. As such, vibration is one of the many banes of the pump industry.

The county in California was one of the many whose pumps fell into the category of needing repair due to vibration issues. An aftermarket pump rebuilder’s analysis and study of the pumps showed that there was a great amount of vibration that led to overall damage.
The bearings were destroyed during operation, which severely damaged the shaft, bushings, vanes and propellers—meaning that the county’s longest lasting pump ran only to about 1,400 hours.

The components had been severely damaged due to friction. There was an alarming clearance of 1 inch between the propeller’s vanes and the column interior.

In addition, engineers found the rotor parts were “whipping” due to deflection at its own internal pressure, which was off center. The overhung rotor had resonance with the running speed, causing the additional damage.

All of these issues affected one another, from the damage to the pump’s parts to the sediments gathering at the nose from faulty protection to create the issues in efficiency.

With these factors in mind, the aftermarket pump rebuilder’s team of engineers worked together to find a solution that would not only meet the requirements and expectations of the end user but also go above and beyond it.

Due to the pump’s sheer size, deflection was one of the larger issues. After sketches and analysis were done, the first solution proposed focused on supporting the pump properly. This was done through splitting the central column in half, creating two sides. The two sides were then inverted, and a new retainer bearing in the center was added.

Another action that was taken was to take away the channel ring and redesign the pump out vanes. Doing so would mean the pump would have better lubrication and flow to the bushings. The final set of solutions were designed to fix the issue of foreign objects entering the pumps, which would later cause damages to the rotor parts, including bent propeller vanes. Since the county was mostly relying on open suction pumps that used the intake of the bay, the aftermarket pump rebuilder recommended a combination of strainers and suppressors.

However, knowing that cleaning and deepening of the pumps might be scheduled, this recommendation was put to the side for a different solution. The team of engineers instead recommended redesigning the protection rings, which would help keep sediments out of the propeller and aids in keeping overall dynamic balance.

The solutions were reliable, effective and most importantly efficient for the end user. While the issues were due to a variety of factors—discharge deflection, the pump’s shaft experiencing whipping effects and extreme damage to parts that lead to self-destruction—the solutions employed took into consideration any possible concerns the end user had, such as future scheduling of pump cleaning, and worked with them to ensure the lifespan of the pumps could potentially be pushed further than ever before.

The ability for humanity to survive has always linked to civilization’s ability to reliably attain the universal basic necessities, especially food and water. Unfortunately, water does not always travel the right way nor has terrain always been accommodating. Without water, even extremely fertile soil proves useless. Ultimately, crops that are watered too little or not watered at all perish, and the people of that land soon succumb to the same fate. Over time, however, humans have been able to analyze and understand the issues they face, and then invent creative advancements. To use the resources at hand, though not easily accessed, the concept of irrigation came to be. The first example of engineered irrigation comes from ancient Egypt and its neighbor, Mesopotamia. By using the natural flooding of the terrain and the rivers, the ancient Egyptians turned the nearby Nile River into a constant fertile source for their agricultural needs. The Mesopotamians did the same to their rivers, the Tigris and the Euphrates. Since working with the river bank dealt with flood cycles, early irrigation was mostly built on the concept of passive construction. Flood cycles were well recorded when communities, during the late summer through the end of the year, would divert the flooded rivers into the fields for 40 to 60 days. The water was then drained back into the river at the right time during the cycle so the silt for harvest could be used by the farmers. The first water displacement device was implemented in 1700 B.C. in ancient Egypt—the shadoof or shaduf. It was a hand operated device that consisted of a pole with a bucket. A counterweight was placed on the opposite end so users were able to easily lower and raise the bucket. The device allowed anyone to easily lift more than 2,500 liters of water a day from the Nile. In addition to the shadoof, Hellenistic engineers also had the water wheel, which they used for irrigation and power. Later came the qanat, a device that used groundwater as the primary source of crop irrigation. By digging a vertical well through a slope and then digging one or more horizontal tunnels to the lower end of the slope, the qanat allowed the water source and outside flowing water to follow the same path down via gravity and into the exit slope. Though originally implemented in Mesopotamia as early as 550 B.C., the qanat was a historical technique that allowed for a constant source of water for any area. Around 20,000 are still in use today. The Archimedes Screw would come almost two centuries later. By placing a screw inside a hollow tube with one end placed in water, water was slowly scooped up and through the column each time the screw turned. The development of the technique meant that waterways could be opened and closed, giving humanity the ability to send water as far as 100 miles from the source. Most importantly, it allowed the civilization around 250 B.C. to use an extremely reliable irrigation technique. With irrigation and the positive livelihood of agriculture, it is no surprise that the number of acres of irrigated land within the U.S. reached almost 20 million by the 1800s. Over the next 200 years, the number would explode to an astounding estimated 600 million acres. Without modern irrigation, cities and towns such as Los Angeles, Phoenix and San Jose would not obtain nearly enough water to support the growing population. Luckily, the world went through an industrial revolution that sparked the era of machines, one of which affected the process of irrigation forever: pumps. Denis Papin first built a centrifugal pump in the late 17th century, paving the way with the use of straight vanes. British inventor John Appold then introduced the curved vane in 1851. Most modern pumps contain impellers, which convert kinetic energy by spinning radially and creating pressure and then displacing it throughout the pump. Specific vertical pumps, especially in the irrigation industry, are referred to as “axial flow” pumps. Axial pumps generally have propellers and are designed to push an immense amount of water forward. These pumps are very low pressure and are mostly used to move a large water mass. While civilization was reaching a high point when it comes to irrigation, continual maintenance of irrigation systems is still needed.

Gary Dyson, Ph.D., is managing director with Hydro Global Engineering Services. He has a doctorate degree from Cranfield University and 30 years of experience with pump hydraulic performance, design and reliability improvement.