Pump reliability can sometimes be life or death. That is true for Louisville, Kentucky, a city of 1.2 million people that is located at the widest and deepest point of the flood-prone Ohio River. The city is haunted by memories of a 1937 flood that put 70 percent of the community under water, causing $250 million in damage ($3.3 billion in today’s dollars) and leaving nine dead in the state of Kentucky. Since then, the state has seen several other major floods.

To prevent future disasters, the U.S. Army Corps of Engineers (Corps) decided in the early 1950s to build a series of flood control stations in the region. One of these, the Western Flood Pumping Station, was completed in 1952 and equipped with seven massive vertical pumps. The station protects about 138,000 residents against flooding. 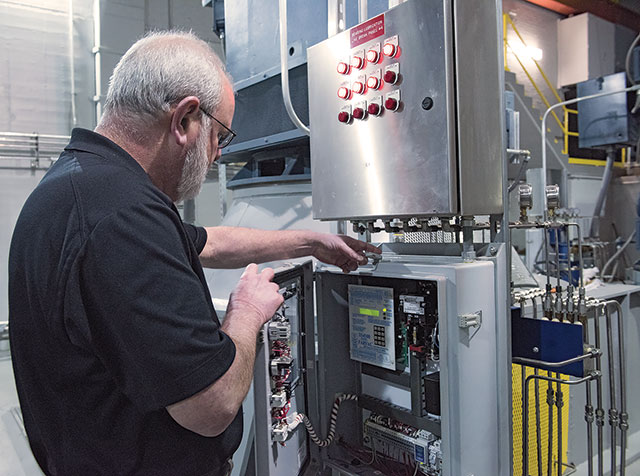 Image 1. Jeff Lukemeyer at one of the control stations for the pumps. (Courtesy of Grundfos)

By the first decade of the 21st century, the station had seen more than 60 years of service, and Louisville city officials were concerned about continued performance. The pumps—which only activate during routine maintenance or a flood event—were old, powered by electrically outdated synchronous motors and lacked monitoring capabilities. The city wanted the ability to remotely monitor the pumps to maintain proper condition, but the old pump technology would not work with modern electronic controls.

A station upgrade was planned that would include seven new vertical mixed-flow, line-shaft pumps: four with 72-inch nominal diameter bottom casings and 1,250 horsepower (HP) motors and three with 48-inch casings and 450-HP motors. This new flood control system would yield a combined pumping capacity of one million gallons per minute. The pumps would have the latest induction motor technology, vibration monitoring, controls to monitor bearing temperatures and an automatic grease lubrication system (the old pumps used oil). The team selected the same pump brand that had safeguarded the city since 1952. 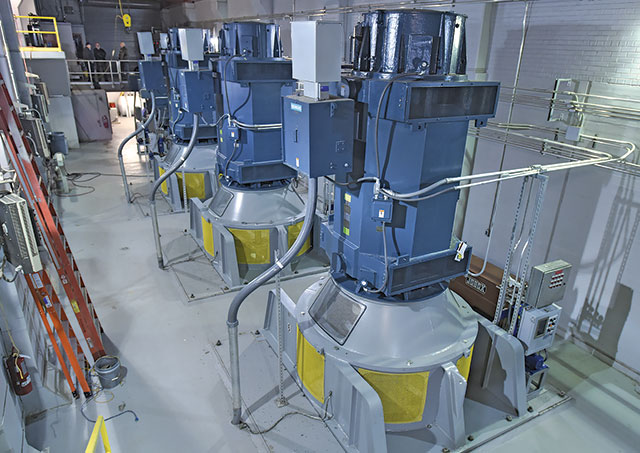 “We have worked on many pumping station projects over the years, but this was the biggest,” says Hall Contracting Vice President of Construction Tony Shade, the general contractor on the project. In addition to the specs set by the Corps, which owns the station, the pumps needed to meet the requirements of the local Metropolitan Sewer District (MSD), which operates the Western Flood Pumping Station.

Hall Contracting, along with the manufacturer and its local distributor, Corporate Equipment Company of Cincinnati, worked for several years with the MSD and the Corps to define the $20 million project before it ever went to bid. In the end, the project took four years to complete: two years for design, one for manufacturing and one for installation.

Among the team’s most critical challenges was renovating the station without a minute of downtime. That meant replacing the enormous pumps one at a time, as well as bringing in two electrical feeds for operational redundancy.

With the new pumps and controls, the Louisville Jefferson MSD can now be confident in the Western Flood Pumping Station’s reliability. The people of Louisville can feel safe knowing their flood control station is ready for the next 60 years.

Thomas Morrison is vice president for sales and business development for the water utility market in North America for Grundfos. He may be reached at tmorrison@grundfos.com.