For rotating shaft equipment and machinery that include large pumps, seal maintenance can be a time-consuming and expensive proposition. That was the case at one Midwestern power plant, where installing and maintaining the cartridge seals on its six large, recirculating service pumps were a regular ordeal.

Repairing or replacing one of its cartridge seals was a process that involved disassembling the pump, removing and replacing the seal and rebuilding the pump—which required 240 man-hours throughout multiple days. The plant usually performed seal maintenance at least once per year on these large pumps, so the labor hours and costs added up quickly.

The power plant also faced a higher risk of unplanned power outages or emergency shutdowns during these lengthy maintenance periods.

Each time the plant performed its cartridge seal maintenance, it relied on a backup pump while the regular pump and its associated system were down. The plant provides essential electricity to the surrounding area, including fire stations, hospitals, retirement communities and the general economy as a whole. If the backup pump experienced any problems, the results could be catastrophic. 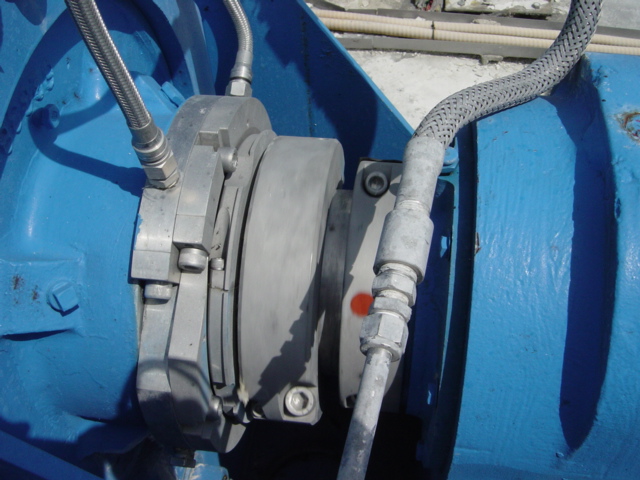 The power plant’s seal maintenance issues are familiar to maintenance personnel and operators in many other process industries. Long periods of downtime for maintenance can eat into production time and profits.

According to U.S. Department of Labor statistics from December 2011, the utility industry pays $57 per hour on average to its workers, including wages and benefits. Based on that figure, the power plant spent more than $13,000 in labor costs alone to maintain one seal. That figure also does not take into account the cost of the new seal and any related pump parts or materials that were needed.

While some industries shut down production to replace a seal on a pump, shutting down is not an option for power plants or other essential service providers. These providers often rely on backup equipment during maintenance, making quick uptime for their regular equipment particularly critical. A problem with a backup pump can result in the loss of key services, fines from governmental agencies and millions in lost revenue. 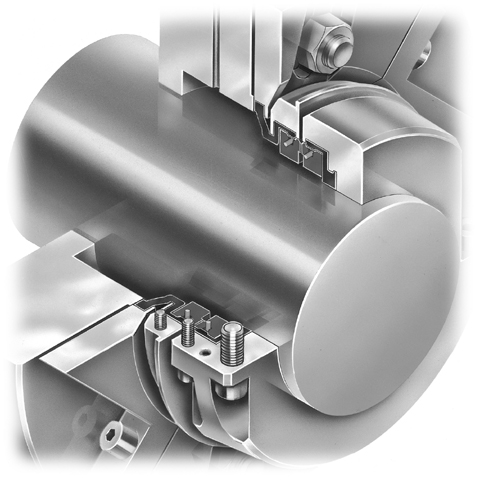 Anxious to reduce its maintenance time and costs, the power plant operators decided to replace the cartridge seal on one of its large pumps with a fully-split mechanical seal. Unlike conventional non-split, cartridge seals, split seals can be installed without dismantling the equipment that they are sealing. This makes them a good choice for hard-to-disassemble equipment, time-sensitive services or critical systems.

When selecting a split design seal, operators must follow the same selection criteria as for a non-split design, paying close attention to all operating conditions. As with non-split mechanical seals, a variety of designs are available to meet the needs of a number of particular applications. In this particular situation, the plant chose a split seal that was designed specifically for heavy-duty horizontal or vertical rotating shaft equipment and pumps that are challenging to maintain.

The seal could handle large shaft deflections, high vibration levels and even major misalignments. The selected design also featured a minimal number of components and no springs or O-rings, which streamlined the installation process further and helped prevent installation errors.

With proper installation and maintenance, they boast a similar lifespan to conventional non-split seals and can perform reliably for years.

The power plant installed its split seal on a pump recirculating limestone slurry, but split seals also perform well in other challenging sealing services. Based on their needs, operators in a wide variety of process industries can choose from split seals designed to handle wet-running services, such as:

Dry-running services, such as light chemicals, fermentation and bioenergy

After a few weeks of problem-free operation, the power plant was sold on the split seal’s performance. The plant is now researching the conversion to cartridge seals on its other pumps to split seals.

Tom Evans is John Crane’s global product manager for split seals and standard cartridge seals and the company’s market development manager for the power generation and chemical processing industries. He has more than 25 years of experience at John Crane. Evans can be reached at 847-967-3875 or at taevans@johncrane.com