Electrical capacitance tomography can provide real-time imagery of any pipeline.
by Todd Loudin
06/14/2016

Process scaling affects numerous industries, causing varying degrees of unwanted costs and downtime. The oil industry, for instance, spends up to 0.25 percent of the global gross domestic product (GDP) per year eradicating and treating paraffin wax deposits in piping systems. The mining industry can be negatively affected by scale in process water, cyanide leaching and tailings. Alumina and bauxite refining operations face scale in digesters and transfer piping, which often creates a significant bottleneck in production. The pulp and paper industry experiences scaling in pulp digester screens and white, green and black liquor processing. Other industries that are affected by scale include steelmaking, wastewater treatment, chemical production and power generation.

In most cases, the scaling is calcium carbonate or similar culprits. A type of nontraditional scaling is zebra mussels in the Great Lakes region. While not generally classified as scale, they can completely clog large-diameter pipeline in a short amount of time. Struvite scaling is a culprit often seen on exit lines of digesters in wastewater treatment facilities. 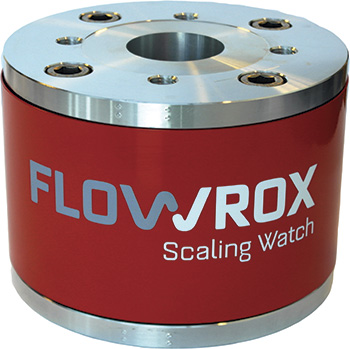 Some remedies for scaling include mechanical cleaning, chemical cleaning or pigging pipelines. One of the keys to proper treatment of scaling is knowing when to add chemicals, when to run the pig or when to shut the process down to perform mechanical cleaning. While the oil and gas industry, for example, spends large amounts of money on instrumentation to monitor and control its processes, many operations monitor scale deposits primarily by watching for pressure drops in the piping system. This method, however, is imprecise because many variables can affect pressure drop. For instance, as a pump begins to wear, the pressure output of the pump may decrease. This does not always indicate the presence of a scale deposit; it could simply be a worn impeller.

New scale-detecting instrumentation uses electrical capacitance tomography (ECT) to create a visual display of pipeline scaling without having to physically open the pipeline. This instrument can monitor hard and soft scaling in numerous industries and enables plants to reduce anti-scaling chemical usage and associated costs.

ECT can provide a new level of intelligence regarding what type of scaling is occurring as well as multiphase flow visualization. In a piping system where a vortex effect is present, the instrument can provide clear imagery of this phenomenon.

A pipeline that has two or three different chemicals or solids can be imaged to show a video of the flowing process. Even if there is a significant amount of scaling on the inside of the instrument, it will not affect the multiphase flow capabilities. 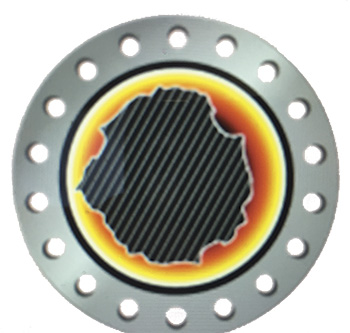 Figure 2. Imagery of scale inside of a pipeline

The U.S. Department of Energy at the Morgantown Energy Technology Center in West Virginia and the University of Manchester Institute of Science and Technology in the U.K. both performed extensive early research and pioneering on the potential uses and applications of ECT technology.

ECT instruments do not require radiation and use very low levels of energy to generate pipeline visualizations. They are targeted at a point of interest and then measure the results of the material properties within the target. ECT applies excitation signals to the target point of interest and measures the output signals that depend on the electrical properties of the medium and scale present. The instrument measures the conductivity as well as permittivity distribution.

ECT instruments use a grouping of electrodes mounted around the target of interest. As an electrode is excited, the other electrodes are grounded and measure the capacitance. The permittivity of the distribution of the medium is measured due to resistance of permittivity to the electrical field. The higher the permittivity found within the target of interest, the greater the resistance to electrical stimulus. The electrodes create an electrical field, and grounded capacitance-measuring electrodes measure this resistance. Very low levels of electrical current are supplied to the electrodes—as little as 3 volts and sometimes up to only 12 volts alternating current (AC). Each electrode is excited in turn, and algorithms create a 3-D image of the pipeline's interior.

These instruments are similar to a spool piece that is inserted between two flanges of a pipeline. The flow will pass through the instrument as if the instrument was another piece of the pipeline. In most cases, the instrument is manufactured from the same material as the mating piping to exactly mimic scaling that occurs in the remaining pipeline.

ECT for industrial piping and other industrial systems is relatively new, and only a handful of companies employ this technology in this manner. The instrument is connected to an electrical control box, which delivers low voltage to the electrodes and then collects the capacitance measurements. The electrical control box contains an industrial computer that performs algorithms to create the imagery. The control box delivers the imagery using a 4-20 mA signal to plant monitoring systems and control panels. The electrical box can be located close to the instrument or up to 300 feet from the actual instrument in non-explosion-proof environments. In explosion-proof environments, the distance to the box can be cut in half.

Scale is present in many industries but may not be enough of a nuisance or capital drain to invest in this type of technology. However, paper mills, mining operations, chemical plants, steel mills and other producers that spend $1 million or more per year on anti-scaling chemicals may find this new technology a significant asset to reduce chemical consumption and overall operating costs. Most important, this new technology can prevent and alarm if scale conditions reach critical levels.

One new solution using ECT technology that will become available in 2017 is a plug that can be inserted into a large-diameter pipeline or vessel to detect and monitor scaling. The idea is to reduce the size and cost of the instrument for insertion in a large-diameter pipeline or vessel. During this same time, the market may also see a probe that can be inserted into a vessel to measure the phase boundary of various substances as well as the emulsion layer. This will allow chemical manufacturers involved in a decantation process and similar processes to reap the benefits of increased end-product recovery, decreased wastewater treatment costs and improved product quality.

Todd Loudin is president of Flowrox Inc. in Linthicum, Maryland. Loudin may be reached at todd.loudin@flowrox.com. For more information visit flowrox.us.