NPSH: Not Pumping So Hot

I vividly remember the warning from one of my instructors at the United States Navy Nuclear Power Training Course: “Pump cavitation is an insidious thing,” he said. “It should be avoided at all cost.”

A few years later, at a pump seminar, I heard one of the speakers offer this memorable, tongue-in-cheek definition of net positive suction head (NPSH): “Not Pumping So Hot.”

When you consider the many courses and seminars that I’ve been privileged to attend over my career, those two statements really stand out. I must admit I’ve used both lines when describing NPSH during my piping system fundamental classes. When I’d ask my students how they’d know if a pump is cavitating, the typical response was, “When it sounds like it’s pumping gravel.”

Well, that’s one way to determine cavitation, but by the time you hear that telltale sound, the impeller is well on its way to the scrap heap. Another downside is that the noise that cavitation makes can quickly fade into the general background noise that is associated with operating equipment.

With all the damage caused by pump cavitation, there should be a proactive way of detecting it. However, the only way you can discover cavitation is to calculate the NPSH available (NPSHa) at the pump suction, and then compare it to the NPSH required (NPSHr) value supplied by the pump manufacturer. If the NPSHa at the pump suction is greater than the manufacturer’s NPSHr for the flow rate, the pump is not cavitating. With a description like that, you can see why pump cavitation is truly an insidious thing.

The good news is, you can use available information to improve the operation of your pumps, while reducing maintenance costs associated with pump cavitation.

Let’s start by understanding the physics of cavitation.

The Physics of Pump Cavitation

Cavitation occurs in a liquid when the local pressure of the fluid is less than the fluid’s vapor pressure. When this happens, some of the fluid undergoes a phase change from liquid to vapor. Instead of having a pure liquid, the fluid becomes a liquid/vapor mixture.

Within an operating pump, the lowest pressure is found at the eye of the impeller. If there’s cavitation in a pump, it starts at the pump suction. In my last Pumps & Systems article (June 2020), we talked about the pump test curve and how it is used to calculate pump performance. When cavitation occurs within a pump, the fluid is composed of a liquid vapor phase, but a pump performance curve is based on pumping water in its liquid phase only. When it’s pumping a liquid/vapor mixture, the pump is not operating on its pump curve. That’s the first problem.

As the two-phase fluid passes through the impeller, fluid energy is added; this results in an increase in the local pressure.

When the local pressure is greater than the fluid’s vapor pressure, the fluid returns to its liquid-only phase. The vapor bubbles collapse on the pump impeller, creating a shock wave. Over time, this continued shock wave causes some of the metal to break off the impeller. That’s the second problem.

The continued deformation of the impeller adversely affects pump performance. This results in the pump no longer operating on its published curve. That’s the third problem.

Pump cavitation impacts the total piping system. Since all piping systems consists of pump, process and control elements working together, a problem associated with any element affects all elements.

If the system is designed to maintain a constant flow rate, a reduction in the pump performance due to cavitation causes a reduction in pump head. This reduces differential pressure across the control valve, causing the valve position to increase. Most piping systems are designed with sufficient resiliency to overcome this change, but if left uncorrected over time, pump cavitation can greatly damage system performance and reliability. I told you cavitation was insidious.

Now let’s put our knowledge into action with NPSH.

1. Determine the fluid energy available at the pump suction; this is the NPSHa and defined in Equation 1.

The NPSHa equation describes the energy value of the process fluid at the centerline of the pump suction nozzle. It consists of three components: the pressure, elevation and losses in the pump suction pipeline.

The pressure component consists of the tank pressure, plus the local atmospheric pressure, minus the fluid’s vapor pressure. The pressure value is then converted to head by dividing the conversion factor cf by the process fluid density.

The third component is determined by the head loss in the suction pipeline. The head loss is calculated using the Darcy formula available in fluid handbooks or textbooks.

2. Using the manufacturer’s supplied pump curve, determine the NPSHr. This is displayed on the pump curve, and is a function of the pump flow rate and impeller diameter. 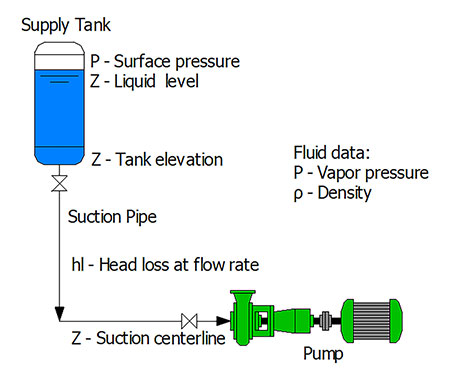 IMAGE 1: This shows the location of each item in a system used in a calculation. (Images courtesy of the author)

During an NPSHr test, the pump is operated while the suction pressure is reduced. When the observed pump head drops by 3 percent from the value on the pump curve, the test standards define that as cavitation. The manufacturer then calculates the NPSH at the pump suction and lists that as the NPSHr value. When you look at the pump’s standards, the pump is already cavitating when the pump suction NPSHa value equals the manufacturer’s supplied NPSHr value.

3. To ensure there is no pump cavitation, apply a NPSH margin as outlined in the following formula:

As you can see, it really is as easy as 1-2-3. If the NPSHa > NPSHr x NPSH margin, then the pump is not cavitating.

I Can Hear You Now

You’re probably saying, “I have a plant to run. I don’t have time to do all of this.”

When you’re proactive—when you’re “looking for trouble”—you can develop a spreadsheet to help in performing the necessary calculations. More than likely, the most difficult task is to find the manufacturer’s supplied pump curve to determine the pump’s NPSHr value.

My next Pumps & Systems article will focus on using a digital twin of the piping system to perform comprehensive pump testing using installed plant instrumentation. A digital twin is a virtual model of a physical system that delivers insights throughout the project life cycle. A digital twin provides early warning, makes continuous predictions, and enables dynamic optimization, with a strong focus on achieving measurable results.

Using a digital twin, you can identify when a pump is “NPSH”—that is, Not Pumping So Hot.

1. Regarding cf:  To avoid the confusion resulting in unit conversion, I have described the physical attributes and grouped all conversion factors into a single cf term. To perform the calculations, you are encouraged to use the conversion factors supplied in most fluid handbooks.