Pump companies should maintain strategic flexibility during this time.
by Chris Angle
10/07/2019 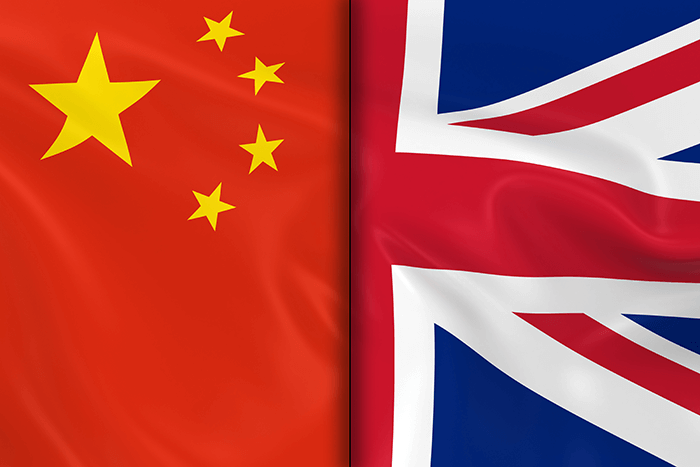 As the business world moves into the 4th quarter of 2019, we are witness to the continued drama surrounding Brexit in the U.K. and the continued U.S. trade war with China. It seems that daily headlines are full of some new twist or turn in one or another of these sagas (sometimes both). In the U.K., Prime Minister Boris Johnson’s effort to ensure that Britain would leave the European Union by Oct. 31 with or without an exit deal appears (as of this writing) to be facing uncertain prospects. After three-plus years since the Brexit vote, those looking to understand what a post-Brexit Britain & European Union (EU) will look like continue to be in the proverbial holding pattern. As for the trade war with China, there seems to be on again/off again trade talks, the final resolution of which seems to be as unclear as ever.

Often in history, it is only in hindsight that something becomes clear. The apparent turbulence in the domestic and international political-economic systems that we have seen over the past 3+ years is the result of systems & trading regimes that have become ill-suited for the world as it has evolved. The trouble with a Brexit resolution, and the reason clarity seems not be forthcoming, is that many of those charged with delivering it (both in the U.K. and on the European continent) don’t really want a Brexit of any kind. Many have benefited over the last few decades from the system currently in place and are understandably loath to change it.

This, coupled with the fact that 48 percent of the voters voted to remain in the EU means that there isn’t the overwhelming push for Brexit from the population that might easily overcome entrenched existing political/economic interests. So, the system does what it has tended to do in recent decades when faced with hard decisions (i.e., things it really doesn’t want to do): it either kicks the proverbial can down the proverbial road, or it comes up with a political “solution” that appears to resolve the problem but doesn’t really change anything. The latter choice was the strategy of former U.K Prime Minister Theresa May, but it was not successful.

As for trade with China, it has benefited over the last decades by selectively choosing which international trading rules to follow. When confronted with calls to bring its practices more in line with agreed upon rules, it has sometimes made some high-profile cosmetic changes to its behavior (sometimes temporary), while not really fundamentally altering much of anything.

Although it is unclear at this time, it appears that China might be facing an American administration that isn’t content to simply take a cosmetic (often unenforceable) deal and go on pretending that there has been a fundamental change in the U.S./China trading relationship. Because China doesn’t appear to really want a change in how the relationship has been managed over the last few decades, negotiations are more “bare-knuckles” than they have been in the past. This is creating the turbulence that we are seeing play out in the headlines. It also is largely preventing a clear view as to what the ultimate end result of negotiations will be.

For U.S. pump companies with significant exposure to the U.K., the posture of strategic flexibility will likely continue to be advisable for the foreseeable future. Eventually, the Brexit impasse will get resolved, although it could continue to go on for a long time to come. The other thing to remember is to not get too caught up in the headlines. Sometimes people lose sight of the fact that the news business is actually a business. In order to generate revenues, they need readers. And this appears to require big scary headlines to generate those readers. The ultimate result of Brexit is likely to end up relatively boring and much less apocalyptic than the headlines and some political leaders and journalists would have one believe.

As for those companies with large exposure to China, the question is a bit more complicated. Unlike Western governments, the Chinese government appears to view economic growth as a source of national political power on the world stage, rather than an end in itself. Its international trade model seems to draw inspiration from what is known in the West as the Age of Mercantilism (think the Spanish Empire, the French Empire, and British Empire, etc.), rather than the rules-based, post-colonial international order that the West has been attempting to build for the better part of the last 70 years.

Today, China is facing some internal challenges that could increase social/political/economic instability, even to the point of eventually perhaps threatening the Communist Party’s hold on power. One challenge is demographic as Chinese society is stuck with millions of surplus males for whom there is no corresponding female; a legacy of China’s “one-child” policy and its cultural preference for male children. Societies with surplus males have historically tended to be unstable. Another challenge is that the social contract that the Chinese government has with the population is that in exchange for autocracy, the population is given prosperity. To this end, the Chinese government must keep growing prosperity in order to maintain its legitimacy in the eyes of the Chinese population. A trading system that turns a blind eye to Chinese bending of the rules to its economic advantage is not something that China would like to give up.

With China’s more aggressive international posture in recent years, including its recent posture vis-à-vis Hong Kong, American pump companies might want to review their exposure to China. While China’s copying of technology and intellectual property has been the price of doing business in China for many years, many companies concluded that this was an acceptable price to pay for access to the large Chinese market with its cheap labor and apparently stable political/economic system. These advantages may now to be somewhat reduced compared to what they were in earlier time periods, and this does not appear to be a temporary passing phase, whatever the outcome of trade negotiations ultimately is.

In summary, the desire of significant portions of the U.K. and Chinese establishments to keep things as they have been in the past means the lack of ultimate clarity on what the trading regimes with these two countries will look like going forward is likely to continue for the foreseeable future. Things haven’t really become any clearer on these two issues since the beginning of the year, despite the drama that has played out in the popular press over this period.

Companies that are able to maintain strategic flexibility in confronting the challenges of Brexit and an altered trading environment with China are likely to come through this challenging period no worse for the wear.

Chris Angle is a commercial banker, analyzing businesses and structuring credit facilities to meet their financing needs. He has also served on the board of directors for DTC Grip & Electric, a company that does lighting and camera work for movies, providing guidance on financial planning and business strategy. Angle received a bachelor’s degree in international relations from the University of California-Davis, and a master’s degree in international economics and finance from Brandeis University. Angle speaks three languages: English, German, and Italian. He also was an exchange student at the WHU-Otto Beisheim School of Management in Vallendar, Germany.

Pump Industry Insider
5 Strategies for Success for Women in STEM
Expert Jenn Donahue goes over why women make up such a small fraction of STEM workers and how to change that.
Pump Industry Insider
Increases in Renewable Energy Consumption Outpace Fossil Fuel Increases in 2020
Fossil fuels still the dominant energy source with oil, natural gas and coal accounting for 81% of global energy consumption in 2019.
Pump Industry Insider
Key Pieces of Water Legislation Advance in Congress
Making water and wastewater services affordable for low-income households, infrastructure investment and PFAS regulations under consideration.
Pump Industry Insider
President Biden & Senate Make Deal on Infrastructure Bill
This bill is a compromise between Biden’s original budget proposal and the Senate’s—it is still subject to House approval.
Pump Industry Insider
On Halfway To Net Zero Carbon Emissions
Taking a look at what steps have been taken and what comes next in fighting the climate crisis.